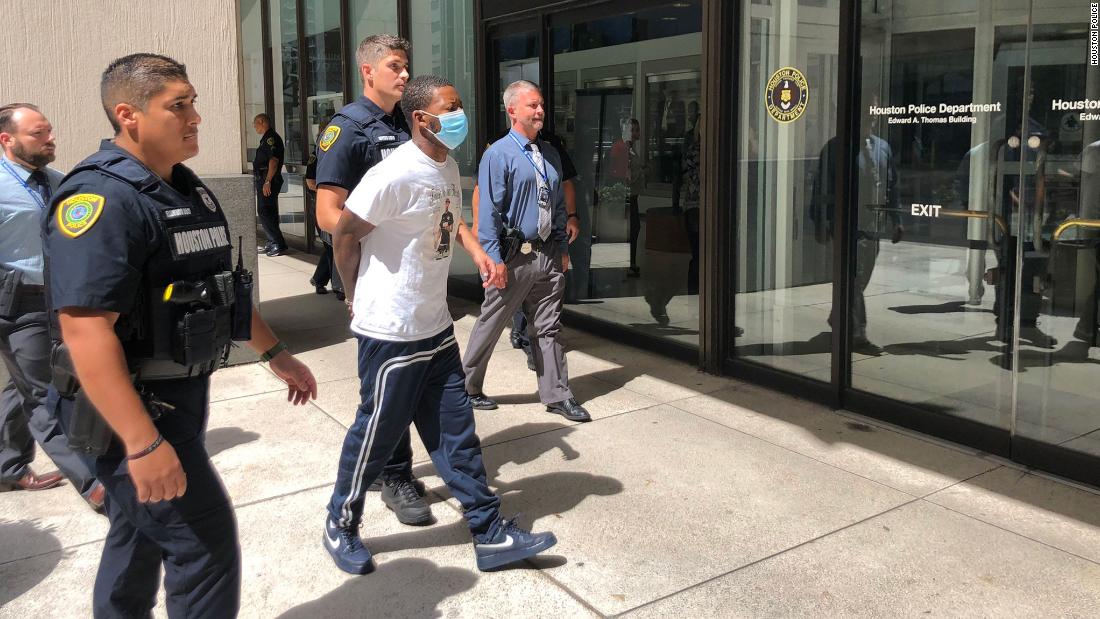 The man suspected of fatally shooting a 17-year-old who was a passenger in a vehicle on the way home from a Houston Astros baseball game last month has surrendered to authorities, Houston Police Chief Troy Finner said Monday.

Gerald Wayne Williams, 34, is charged with felony murder in the July 6 shooting death of 17-year-old David Castro, according to a criminal complaint. Authorities had deemed the shooting a road rage incident, CNN previously reported.

Paul Castro told CNN he was driving his two sons home from the baseball game when his son David was shot inside their pickup truck. He died two days later.

Williams was identified as a suspect last week and charged with David Castro’s killing on July 28, police said. Investigators were led to Williams through community tips, surveillance footage from a nearby gas station, witness interviews and records of the recent sale of the white Buick LaCrosse sedan Williams was allegedly driving when the shooting occurred, according to the complaint.

Paul Castro told police he had a “verbal altercation” with the driver of the white Buick as they were leaving the downtown area after the game.

The criminal complaint said Castro told police the driver followed him and eventually shot at his truck, hitting his son.

Paul Castro called the peaceful conclusion to his family’s tragedy “an answered prayer.”

“There are no words in the English language, nor should there be, to describe the pain that we’re going through right now,” Castro said at a news conference Monday.

“I think today just proves that love is greater than anger and hate. And so, as a proud Houstonian, I want to just acknowledge the amazing work of the people who are here to protect us from bad people,” the grieving father continued.

Williams is in custody and his bond has been set at $350,000, according to online records from the Harris County Sheriff’s Office.

It is not clear whether he has an attorney, and no court date has been posted.

“We will not stand by and allow people to brutally murder and harm our citizens and do nothing about it,” Finner said as he thanked his officers and investigators for their work on this case.

“We’re going to stand strong as a police department, our citizens, and every arm of this criminal justice system to get things under control,” the chief said.

Lisa Byington is making history as the Milwaukee Bucks’ new play-by-play voice on their television broadcasts. See also  Title and