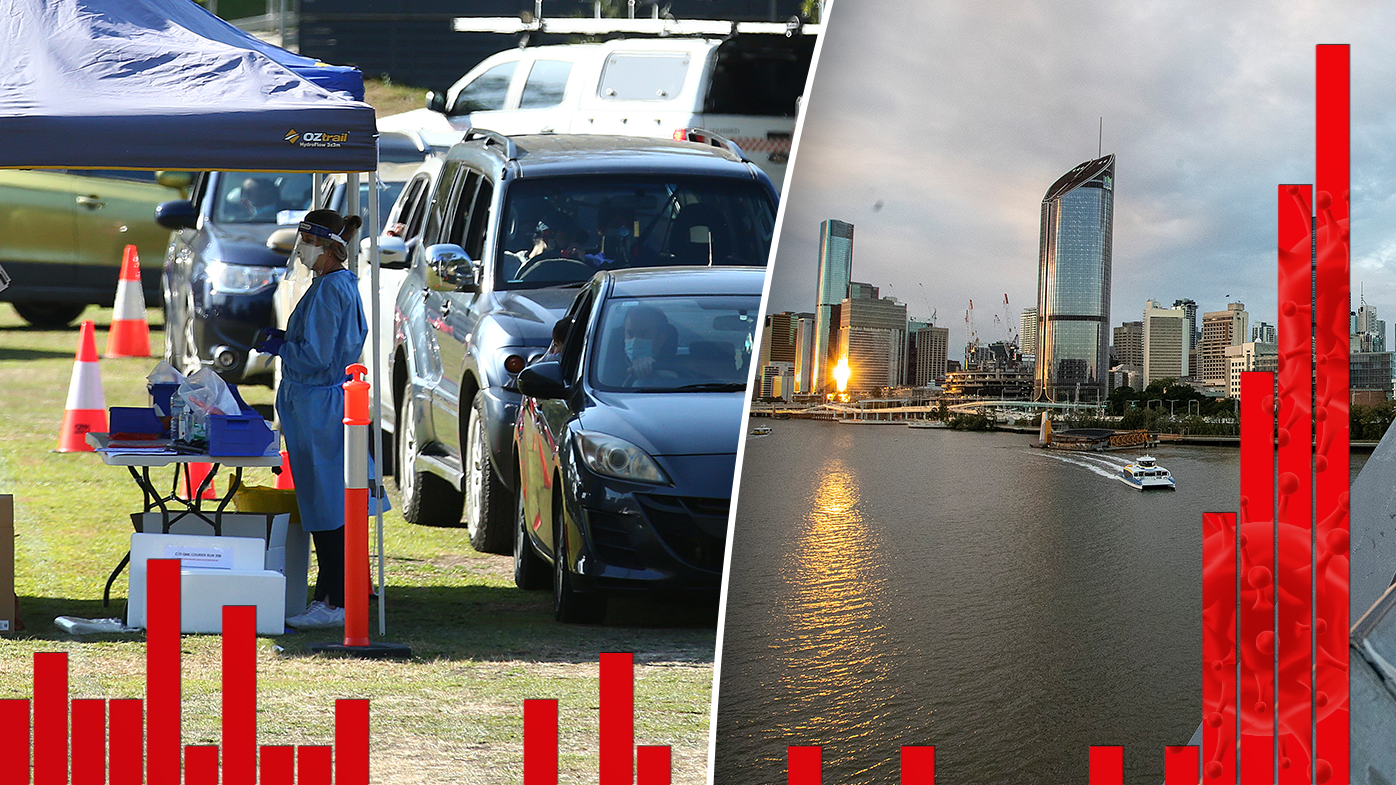 Queensland Health has confirmed this afternoon it is investigating a COVID-19 positive case in Cairns as to whether it is an active or historical case.

The confirmation comes after traces of COVID-19 were detected in the region’s Marlin Coast sewage catchment last week.

The far north scare comes as the state recorded 16 new cases of COVID-19, all linked to the Indooroopilly cluster of the Delta variant.

The total tally in this outbreak stands at 47.

“We know the very first two cases arrived in Queensland on 29 June, but I don’t know how it’s got from either of those two people to the first family in that Indooroopilly area,” Dr Young said.

“It is really important so we can make sure that we don’t have any other transmission events, any outbreaks happening.”

150,000 extra vaccines to be sent to Queensland

The Commonwealth is set to allocate an extra 150,000 doses of AstraZeneca to the state.

“We will take them, and more,” Queensland Health Minister Yvette D’Ath said.

“I phoned the pharmacy guild and asked them if they had 150,000 vaccines available of AstraZeneca and could they get this in the arms of Queenslanders across south-east Queensland in a matter of days? They said yes.

“So, I asked the Commonwealth, do whatever approvals you need to today, get the 150,000 vaccines here tomorrow, and we will ensure that more Queenslanders are getting vaccinated by the end of this week.”

Dr Young said now was the time people aged under 60 should talk to their GP about the AstraZeneca vaccine.

“The ATAGI advice said that when we reach a large outbreak, that I think we’re on the verge of – I suspect it will become larger – that is the time to discuss that with your GP,” she said.

“GPs know their patients and know what advice to give them.”

Dr Young has previously said she would prefer younger people to not take the AstraZeneca vaccine, but that people should follow the health advice issued by ATAGI.

Deputy Commissioner Gollschewski said many offences were related to people refusing to wear masks, or being out in the community without a valid reason. He said police could change their methods to enforce health compliance.

“Our community can expect to start seeing things like an RBT-type interception on the roads where we will check to see if people have the right reasons to be out and whether they’re going about their business,” he said.

Deputy Commissioner Gollschewski said people with a valid medical reason not to wear a mask would need to prove it to officers, but that police would take a “compassionate” approach to that.

Dr Young has said “well over” 400 health workers, including a large proportion in critical care, are currently in quarantine causing delays to surgery.

But she pledged no Queenslander would be denied any necessary care.

“Last night I had to make a decision, because all of our cardiac surgeons for the Children’s Hospital were in quarantine, so we worked through how we could allow one of them to operate on an urgent case,” she said.

“We will do that every single time.”

But Dr Young said some surgery and some outpatient work would be delayed.

Rotating extra health workers from regional Queensland was not an option because they would be restricted from returning to their regional hospitals after visiting Brisbane.

The new cases come as concern grows for children in Queensland’s south-east as the highly-contagious COVID-19 Delta variant spreads among younger people.

The Queensland Children’s Hospital is now on standby in case an infected child becomes seriously unwell.

One of the children infected with the virus spent six days in the community, potentially spreading it even further.

“The thing that concerns me the most is that this is a very, very infectious variant.”

Following confirmation the Pfizer vaccine has been approved for at-risk children aged over 12, Dr Boulton says all younger people should have access to the jab.

“I think all students should be vaccinated. I think it’s a good idea. I think the only issue that’s stopping us really is – as always – vaccine supply.”

Dr Boulton has urged people under 60 to “have a chat with your GP” about getting the AstraZeneca vaccine if Pfizer was not available.

The Delta strain is known to be far more transmissible among young people than earlier variants, and rising cases detected in school students is greatly troubling health officials.

Yesterday the region’s lockdown was extended until 4pm on Sunday.