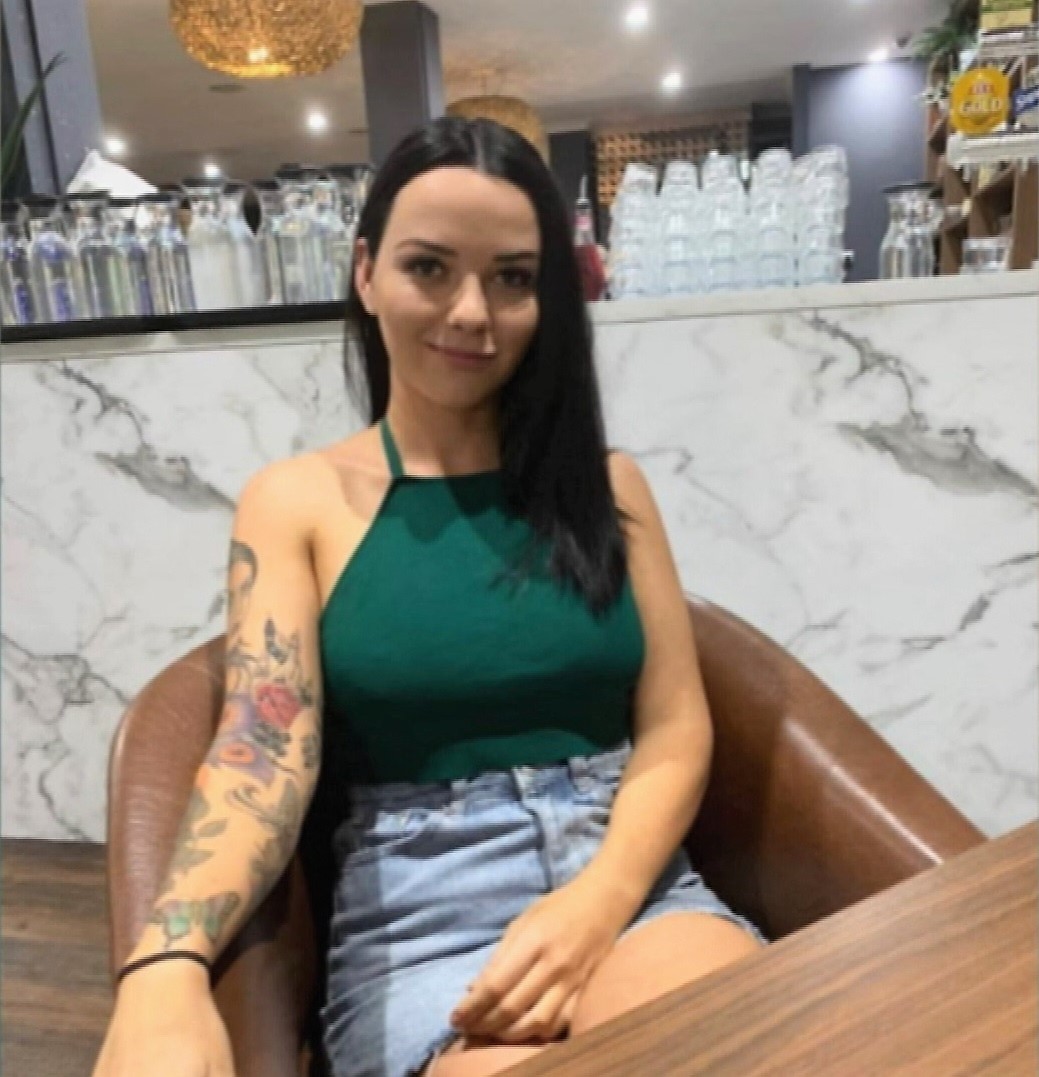 Queensland hairdresser Kaitlin Jones was happy and recently engaged to be married, but now she is in intensive care in hospital.

A teenager has been charged after allegedly stabbing Ms Jones several times as she sunbaked at Blacks Beach in Mackay at 12.20pm yesterday.

Queensland Police Detective Inspector Tom Armitt said it was “very unlucky that this has happened to her”.

“But (she is) extremely lucky and extremely fortunate that she’s still with us,” Detective Inspector Armitt said.

Police are yet to interview Ms Jones, who has serious but not life-threatening injuries.

The boy applied for bail today but due to youth justice laws, 9News can’t reveal whether he was released or not.

Police said she managed to stumble to a nearby construction site for help.

“She was initially just crying out, ‘help me, help me please,'” tradie Gav Odgaard said.

Police said the teenager charged was not previously known to them and they have ruled out any links to terrorism or terrorist influences.

“You just don’t expect that to happen, particularly in our community,” Mackay Mayor Greg Williamson said.

The two tradies from the Sunshine Coast who helped Ms Jones are now considered heroes.

“We’re only humans looking after humans.”

Ms Jones remains in intensive care at Mackay Base Hospital, where she had surgery yesterday.

Data reveals how the Delta variant has evaded the Sydney lockdown

Your daily guide to the Games: Matildas and Hockeyroos headline Monday’s action