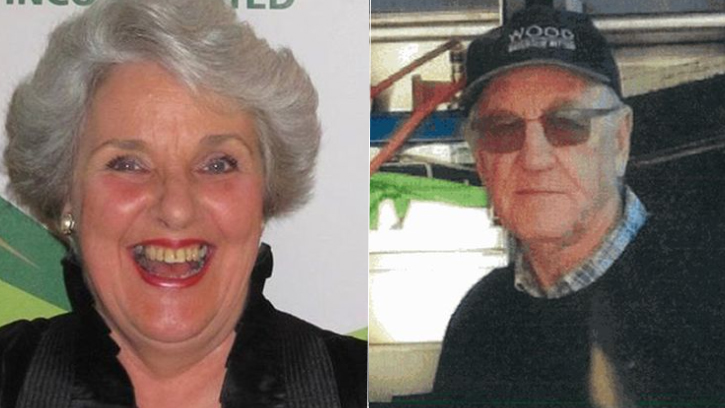 Jetstar pilot Greg Lynn has been charged with the murders of missing campers Carol Clay and Russell Hill, who disappeared in March last year.

Greg Lynn, 55, was charged today with two counts of murder after being questioned by police at Sale police station in East Gippsland since he was arrested on Monday.
Victoria Police Assistant Commissioner Bob Hill said Mr Lynn would appear at Sale Magistrates’ Court tomorrow morning.

“We hope that this arrest brings us a step closing to providing the answers the families deserve,” he said.

Asst Comm. Hill said police were yet to find the remains of the missing pair.

“Our efforts to locate the remains of Russell and Carol will continue,” he said.

He said police had located a specific area of interest in the Greater Alpine region in the search for the remains, and that police were hopeful they would find them.

He said investigators had established the pair were deceased by mid last year.

Asst Comm. Hill gave his sympathy to the victims’ families and thanked and commended the police, particularly the missing persons squad, for their work in the investigation.

“I extend my condolences to the Hill and Clay families,” he said.

“The investigative efforts in relation to this matter have been extraordinary.

“The dedication displayed by these investigators – the professionalism – is second to none.”

However, he said there was “still work to be done”.

He said police were still searching for a blue-coloured metal trailer that had yet to be found in the investigation.

Police believe the trailer was sold on Gumtree.

Police seized Lynn’s beige 4WD when they arrested him on Monday.

The father-of-three was camping at a site near Moroka Road, Arbuckle Junction in the High Plains area when he was swooped upon by special operations officers who flew in by helicopter about 5.30pm on Monday.

Asst Comm. Hill said police would not be revealing much more about their investigation due to the matter being before the courts.

Police have been investigating the disappearance of Mr Hill, 74, and Ms Clay, 73, for 20 months since they vanished while camping in the Wonnagatta Valley on March 20 last year.

Taliban largely seal off Kabul airport as airlift winds down

In a daring mission just yards from the brink of Niagara Falls, U.S. Coast Guard helicopter crew members on Wednesday pulled a

Barnaby Joyce tests positive for COVID-19 in the US

In a daring mission just yards from the brink of Niagara Falls, U.S. Coast Guard helicopter crew members on Wednesday pulled a

Barnaby Joyce tests positive for COVID-19 in the US