What Is Bonnie McKee’s Net Worth?

Bonnie McKee is an American singer, songwriter, actress, director, screenwriter, and producer who has a net worth of $30 million. McKee has released the studio album “Trouble” (2004) and the EPs “Bonnie McKee” (2003) and “Bombastic” (2015), and her 2013 song “American Girl” reached #87 on the “Billboard” Hot 100 chart. Bonnie earned a Grammy nomination for co-writing Katy Perry’s “Roar,” and she has also co-written songs for artists such as Kelly Clarkson, Kesha, Adam Lambert, Britney Spears, Rita Ora, Cher, and Christina Aguilera. During her career to date, McKee has had a hand in writing 10 singles that have topped the charts in the U.S. or U.K. Bonnie starred in, wrote, directed, and produced the award-winning 2020 short film “April Kills the Vibe,” and she has appeared in the films “Win a Date with Tad Hamilton!” (2004) and “August Rush” (2007) and the television series “American Dreams” (2004), “CSI: NY” (2009), and “Royalties” (2020).

Bonnie McKee was born Bonnie Leigh McKee on January 20, 1984, in Vacaville, California. She grew up in Seattle, Washington, with father William and mother Michele. By the age of 4, McKee began singing and fell in love with music. Bonnie learned to play the piano, and at the age of 12, she joined the Seattle Girls Choir Prime Voci, touring North America and Europe with them. She performed on two of the choir’s albums, “Cantate 2000” and “Jackson Berkey Meets The Seattle Girls’ Choir.” McKee attended the Bush School, but she was kicked out during her freshman year not long after she recorded a demo for a school project. When Bonnie was 12 years old, her mother gave a CD of McKee singing Fiona Apple and Bette Midler songs to her friend Jonathan Poneman, who co-founded the Sub Pop record label. Poneman said of the recordings, “That’s great that you can sing, but anyone can sing. Can you write?” McKee told “MusicLounge” in 2013, “I had been writing, I was just too embarrassed to show people anything. So that was a big moment for me. I knew I needed to be more than just a singer.”

By the time Bonnie turned 15, she had begun writing songs and performing around Seattle. After her demo tape got into the hands of former Priority Records label executive Colin Filkow, he signed McKee to Platinum Partners Artist Management. Filkow flew 17-year-old Bonnie to L.A. and took her demo to numerous agents, record labels, and publishers. More than a year later, he signed McKee to Warner Bros. Records/Reprise Records, and her self-titled EP was released in 2013, followed by her debut album, “Trouble,” in September 2014. The album featured the singles “Trouble” and “Somebody,” and Bonnie performed “Somebody” on “Jimmy Kimmel Live!” in 2005. The track was also featured in the 2004 film “Win a Date with Tad Hamilton!” Though the album received positive reviews, it wasn’t commercially successful. In a 2013 interview with “SongwriterUniverse,” Bonnie stated, “It was devastating when the album didn’t happen. I realized there are so many steps from getting a deal to having a hit…and I didn’t get there. It was a huge letdown.” McKee subsequently “downward-spiraled” and started abusing crystal meth, and her record label dropped her after she wrote “Platinum, baby!” on the CEO’s car with lipstick. 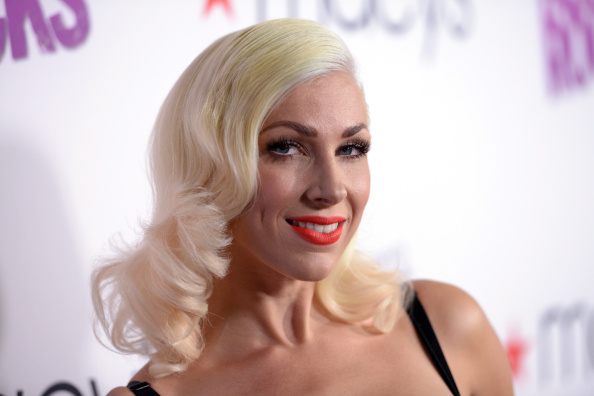 Bonnie began working for Check Your Pulse, the publishing arm of Pulse Recordings, thanks to her collaborator/boyfriend Oliver “Oligee” Goldstein. She didn’t have a car, hot water, or a cell phone, and she spent much of her time in the recording studio, where she learned to use Pro Tools and co-wrote songs for “American Idol” alum Elliott Yamin and “Gossip Girl” star Leighton Meester. In 2009, McKee’s manager, Josh Abraham, introduced her to producer Dr. Luke, who had collaborated with Katy Perry (a longtime friend of Bonnie) on the 2008 album “One of the Boys.” Perry had been looking for “a co-writer I could volley with” and felt that “Bonnie and I are on the same zeitgeist tip.” McKee co-wrote several of Perry’s songs, winning BMI Pop Awards for “California Gurls,” “Last Friday Night(T.G.I.F.),” “Teenage Dream,” “Wide Awake,” and “Part of Me.” She also earned BMI Pop Awards for co-writing Taio Cruz’s “Dynamite” and Britney Spears’ “Hold It Against Me.” In 2012, Bonnie co-wrote “Choke Hold” and “Cuckoo” for Adam Lambert’s #1 album “Trespassing,” and she performed on the Rusko track “Thunder.” McKee signed with Epic Records, and in 2013, she released the single “American Girl,” which reached #24 on the “Billboard” Mainstream Top 40 chart.

In April 2015, Bonnie announced that she had left her record label and said that she prefers being an independent artist. She released the EP “Bombastic” in 2015, and it reached #13 on the “Billboard” Heatseekers Songs chart. Later that year, she released the special “California Winter Extravaganza” on YouTube, and it featured Lindsey Stirling, Bridget Marquardt, and Todrick Hall. McKee released the singles “Wasted Youth,” “I Want It All,” “Easy,” and “Stars In Your Heart” in 2016, followed by “Thorns” in 2017 and “Sleepwalker” and “Mad Mad World” in 2018. After Prince’s death in April 2016, Bonnie recorded a cover of “When Doves Cry,” which she uploaded to YouTube to “pay homage to the late, great, genius who taught me to take musical risks, to act my age and not my shoe size, and how to get through this thing called life.” In 2017, she was featured on the Kygo track “Riding Shotgun,” and in 2020, she starred in the short film “April Kills the Vibe,” which she also wrote, directed, produced, scored, and edited.

Bonnie is bisexual, and in a 2014 episode of Joan Rivers’ talk show “In Bed with Joan,” she stated, “I think it’s one of those things where, you know, I think all little girls kind of play ‘doctor’ with their girlfriends, and then I kind of never grew out of it.” McKee dated producer/songwriter Oliver Goldstein for several years, and he co-wrote and co-produced her song “American Girl.”

In 2013, McKee paid $1.7 million for a home in the Hollywood Hills area of Los Angeles.