What Is Karamo Brown’s Net Worth and Salary?

Karamo Brown was born Karamo Karega Brown on November 2, 1980, in Houston, Texas. Karamo is of Cuban and Jamaican descent, and he grew up in Coral Springs, Florida, with three older sisters. When Brown was 15 years old, he came out as gay. He attended Parkland’s Marjory Stoneman Douglas High School, which was the location of a tragic mass shooting that resulted in 17 deaths in 2018. Karamo’s former classmate Aaron Feis, who was an assistant football coach at the school, died trying to protect students from the gunman. After the shooting, Brown got involved with the Never Again MSD movement, a student-run committee that advocates for stricter gun control laws. Karamo graduated from high school in 1999, then he enrolled at Florida A&M University, where he majored in general studies. In 2019, he returned to Florida A&M and collaborated with HomeGoods to redesign Gibbs Hall’s student lounge, where he spent time as a student. After college, Brown worked in social services for 10 years.

In 2004, Karamo became the first openly gay black man to join the cast of a reality show when he began starring on “The Real World: Philadelphia.” In 2005, he competed on “Real World/Road Rules Challenge: The Inferno II,” and in 2007, he guest-starred on “The DL Chronicles.” From 2013 to 2014, he appeared in seven episodes of the web series “Where the Bears Are,” and in 2016, he guest-hosted several episodes of “Access Hollywood Live” and starred on the TV One reality show “The Next 15.” In 2017, Brown hosted the MTV reality series “Are You The One: Second Chances,” then he appeared in the 2018 TV documentary “The Real Princess Diaries: From Diana to Meghan.” In 2018, Karamo began starring on “Queer Eye” alongside fashion expert Tan France, food and wine expert Antoni Porowski, grooming expert Jonathan Van Ness, and design expert Bobby Berk. The series was renewed for its seventh season in April 2022, and it has won four Primetime Emmys for Outstanding Structured Reality Program (2018, 2019, 2020, and 2021) and a GLAAD Media Award for Outstanding Reality Program (2019).

Brown lent his voice to the “Disclosure the Movie: The Musical!” episode of the Netflix animated series “Big Mouth” in 2019, and in 2020, he appeared in the Taylor Swift documentary “Miss Americana,” the Freeform movie “The Thing About Harry,” and an episode of the Disney Channel sitcom “Raven’s Home.” That year he also co-founded the personal care brand MANTL, which offers “a range of skincare products for the Face + Scalp that are inspired by bald folks, but work for everyone.” In 2021, Karamo guest-starred on the TBS series “Miracle Workers” and competed on “Who Wants to Be a Millionaire?,” winning $125,000 for the Hollywood Food Coalition. After guest-hosting the syndicated talk show “Maury” several times, it was announced in March 2022 that Brown would be Maury Povich’s successor and would be hosting a new talk show in “Maury’s” time slot in the fall. 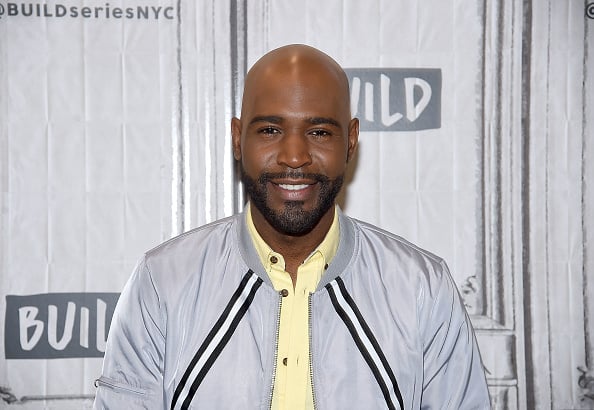 In 2007, Karamo discovered that he had a 10-year-old son named Jason (whose mother is Brown’s high school girlfriend) and gained custody of him later that year. In 2010, Karamo added to his family, adopting Jason’s half-brother, Chris, and they moved to Los Angeles the following year. In May 2018, Brown proposed to director Ian Jordan after eight years of dating. His “Queer Eye” co-stars were all in attendance to celebrate the engagement, which took place at HYDE Sunset in Los Angeles the day after Jordan’s birthday. The couple split up in mid-2020, and during an appearance on “The Ellen DeGeneres Show” a few months later, Karamo stated, “We were distracted by so much — with the kids, and our careers — that during that time, I had to really say, how is our communication? How are other parts of our lives? Are we growing in the same place?” He added that they were still friends, saying, “It’s very nice when it’s like, ‘I still love you and support you.’ I want him to be happy, he wants me to be happy.”

In 2014, Brown teamed up with the Janssen pharmaceutical company to “empower the gay and bisexual community” through the Positively Fearless campaign. In 2015, he co-founded the organization 6in10.org to “provide mental health support and education for the LGBT community while combating HIV stigma.” Karamo has volunteered at the Los Angeles LGBT Center as a youth counselor, and he has served as a health and wellness ambassador for the National Black Justice Coalition and Centers for Disease Control. During the Obama administration, he worked with the White House on the creation of legislation and policies to support LGBTQ youth, and he worked with the Obama Foundation and My Brother’s Keeper Alliance. In 2019, Brown told the “Hollywood Reporter” that President Obama would be his dream “Queer Eye” guest star, stating, “I’ve worked with him now twice in the past month and a half because he’s invited me to work with the Obama Foundation, and also My Brother’s Keeper Alliance, and he said that he’s a big fan, the girls are fans of the show, and I’m like, ‘We would love to have you come on.’”

In 2018, Karamo was honored with the Human Rights Campaign Visibility Award for “using his incredible talent and public visibility to raise awareness and find solutions to the unique challenges LGBTQ people face.” Brown and his “Queer Eye” castmates earned Primetime Emmy nominations for Outstanding Host for a Reality or Reality-Competition Program in 2020, 2021, and 2022. They received Online Film & Television Association Award nominations for Best Individual Host or Panelist in a Reality or Non-Fiction Program in 2018 and 2020 and Best Host or Individual Performance in A Variety, Nonfiction, or Reality Program in 2021. The “Queer Eye” cast has also earned six Gold Derby Award nominations, five for Reality Host (2018, 2019, 2020, 2021, and 2022) and one for Reality Host of the Decade (2019).

In February 2022, Karamo paid $5.4 million for a 3,500 square foot home in the Hollywood Hills. The home includes four bedrooms, five bathrooms, glass walls, a gourmet kitchen, and a wine-storage closet, and the .4-acre property features a Baja-shelf pool and a patio with a built-in fire-pit and barbecue. A few years before buying the home, Brown purchased a $1.2 million property in the Woodland Hills area of Los Angeles.