Marcus Freeman was born on January 10, 1986, and he is currently 36 years old. Freeman hails from Dayton, Ohio, and his zodiac sign is Capricorn. This personality was born at the Wright-Patterson Air Force Base Medical Center in Fairborn, Ohio.

Talking about his family, his parents Michael Freeman and Chong. His parents met each other when his father was serving in the Air Force in South Korea. Similarly, he has an elder brother named Michael Jr. 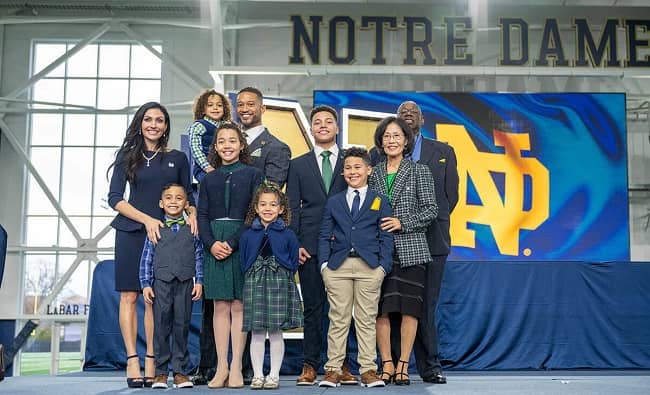 Caption: Marcus Freeman posing for a photo with his parents, wife, and children. Source: NDWorks

Additionally, this personality also ran track, competed in the 4×100-meter relay, as well as threw the shot and discus. Later on, he went on to attend Ohio State University from 2004 to 2008. 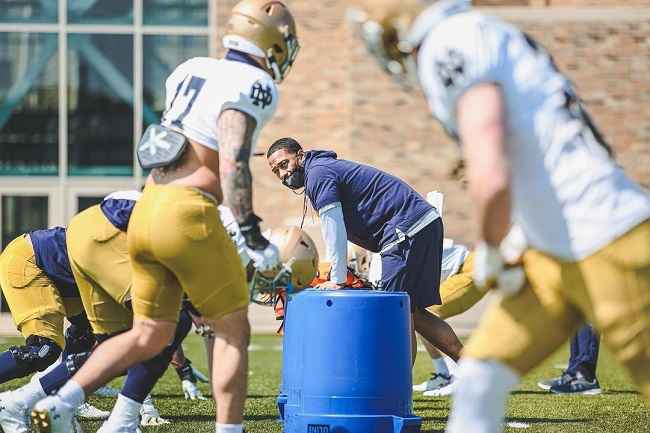 Caption: Marcus Freeman in a photograph while he was coaching. Source: Instagram

As a former player, this personality played college football at Ohio State. Later, the Chicago Bears drafted this personality in the 5th round of the 2009 NFL Draft. Similarly, Freeman has also been a member of the Buffalo Bills and Houston Texans.

While attending Ohio State University, this personality appeared in 51 games over the course of his career. He then signed with the Buffalo Bills practice squad on September 22, 2009, and was later released in early October the same year.

Then on 4 November 2009, this personality signed with the Houston Texan. Additionally, Freeman retired as a player on 1 May 2010 due to an enlarged heart condition. 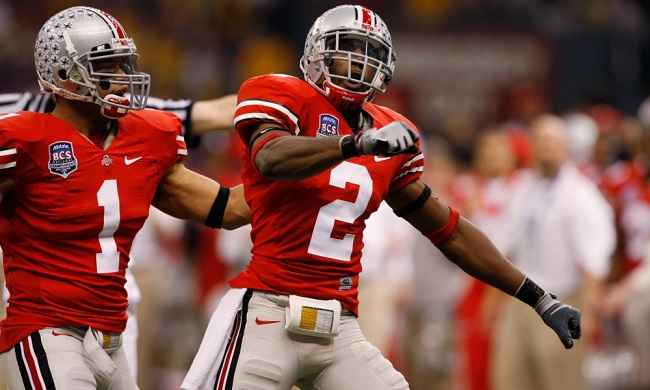 Caption: Marcus Freeman in a photo when he was an American footballer. Source: Fighting Irish Wire

Working as an American football coach at various universities and as a head coach at the University of Notre Dame, Freeman has earned an estimated net worth of $3 million US dollars.

Marcus Freeman is a happily married lad. His wife’s name is Joanna (née Herncane). Joanna and Marcus tied the knot in the year 2010. The lovers tied the knot after dating each other since college. Marcus and Joanna have six children, Vinny, Siena, Gino, Nico, Capri, and Rocco. 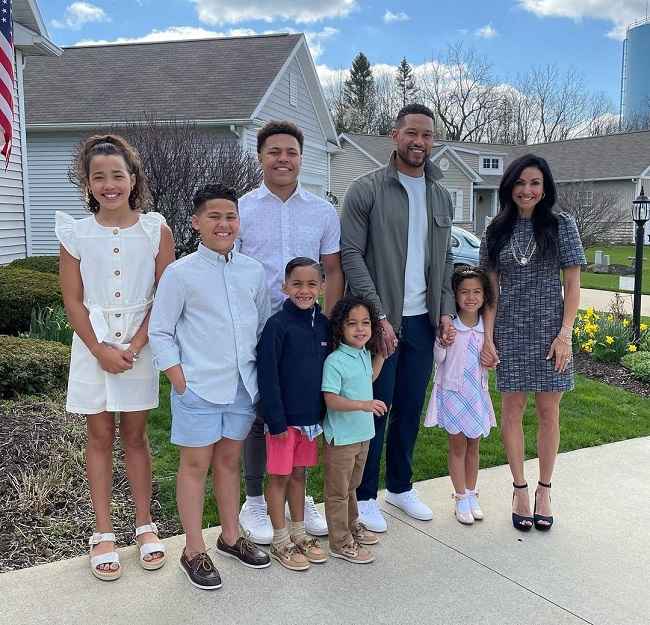 Caption: Marcus Freeman posing for a photo with his family on Easter 2022. Source: Instagram

Marcus Freeman stands tall at an approximate height of 6 feet 1 inch or 1.85 meters and his weight is around 240 lbs or 109 kgs. Similarly, this coach has dark brown eyes and hair of the same color. Likewise, the Notre Dame American football head coach usually sports a short beard.

Talking about his social media presence, Marcus Freeman joined Twitter in February 2013 and so far has over 105.8K followers on his @marcus_freeman1 account. Likewise, he is available on Instagram under the username @coachmfreeman. As of August 2022, this profile has garnered over 43.2K followers.

Tucker Carlson is Back, Sounds Off on FBI Raid and DOJ – RedState

That Is Dawn Koons? Discover Her Wikipedia And Where Prentice Foreman Is Now