People Are Roasting Brooklyn Beckham For Claiming He Paid For His $1.2 Million McLaren P1 Thanks To His Career As A “Chef” Brooklyn Beckham is the 23-year-old son of former soccer star David Beckham and Spice Girl-turned-fashion designer, Victoria Beckham. David and Victoria Beckham have a combined net worth of $450 million. Brooklyn is married to an actress/model named Nicola Peltz. Nicola’s father Nelson Peltz is a legendary financier who has a net worth of $1.8 billion.

With that pedigree in mind, Brooklyn is getting roasted this week thanks to an answer he gave when asked how he could afford a $1.2 million car. I’ll get to this in a minute. For now, let me say that Brooklyn Beckham has had a bumpy career path so far. I’m not suggesting that anyone should have a perfect career plotted at 23, but Brooklyn Beckham’s resume is particularly bumpy… and nepotistic.

At 15 Brooklyn spent some time at the Arsenal F.C. Academy, hoping to follow in his father’s footsteps as a professional soccer player. He left after a year.

Next, Brooklyn pursued a career as a photographer. He landed some serious internships… thanks to his parents… and even released a photography book, which was widely mocked:

In recent years Brooklyn has re-made himself as a professional chef. And despite the fact that he has apparently not received any professional culinary training, Brooklyn has SOMEHOW managed to land a bunch of appearances on some very high profile television shows.

For example, he’s made several appearances on NBC’s “Today” show juggernaut and at least one appearance on James Corden’s former late night show. (James and the Beckhams are close family friends.)

Brooklyn’s cooking segments have also not been well-received. Primarily because he tends to go national television shows posing as an expert culinary artist, only to make something really basic… like quesadillas or a breakfast sandwich. Literally.

When he “made” a breakfast sandwich on the Today show, he actually took pre-cooked meat out of a frying pan before assembling the sandwich… topping it off with… ketchup! Bone apple tea.

On James Corden’s show, Brooklyn made a steak in a pan and french fries in an oven. His secret was… sprinkles of salt. 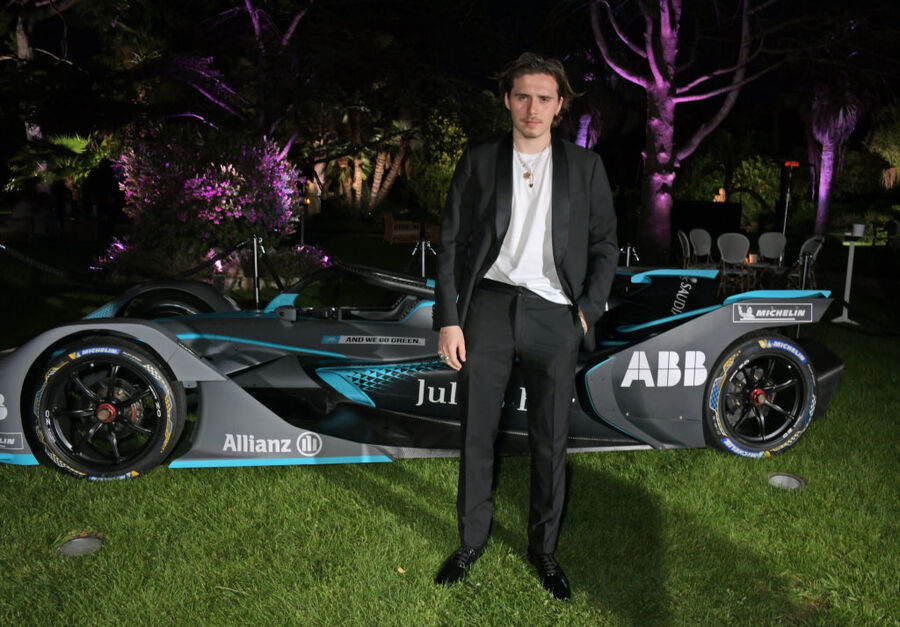 I don’t know why anyone cares and maybe we should cut the kid a break. Who wouldn’t bounce around from career to career if you had the chance.

On the other hand, Brooklyn does sort of bring the ridicule onto himself sometimes.

There’s a TikToker named Daniel Mac who goes up to people driving nice cars and asks them what they do for a living that afforded them such a cool car. This week, Daniel saw Brooklyn driving down what appears to be Rodeo Drive in a McLaren P1. Price tag?

Much to the chagrin of the internet this week, when asked by Daniel what he did to afford a $1.2 million McLaren, Brooklyn responded:

He followed that answer up with these insightful words of advice on how to make it:

“Follow your passion and do whatever makes you happy.“

As the internet has gleefully pointed out, Brooklyn Beckham’s response fails to mention the fact that his parents or in-laws almost assuredly had something to do with the acquisition of that $1.2 million vehicle. A more accurate reply to Daniel Mac would have been something closer to:

“I’m the son of global super stars David and Victoria Beckham who are basically half-billionaires, and my father-father-in-law is worth $1.8 billion. Sometimes I make breakfast on TV but that doesn’t really have any relevance to your specific question.“

Here’s the clip if you’d like to check it out for yourself: