Blake Shelton announces he is leaving ‘The Voice’ following Season 23 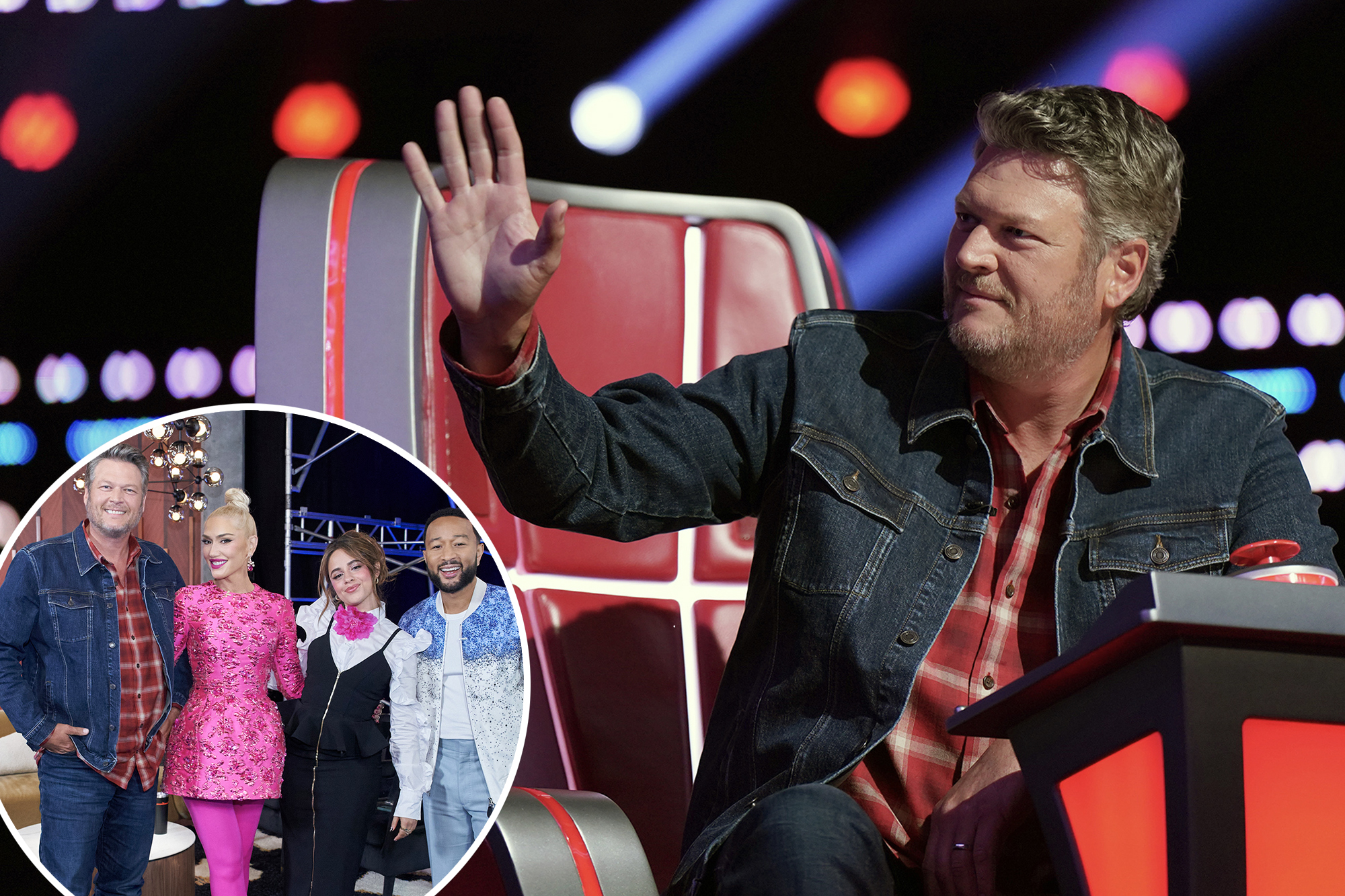 “Time for me to come home.”

Blake Shelton announced that he will be stepping down from his role as a coach on “The Voice” after Season 23, which premieres in 2023.

“I’ve been wrestling with this for a while, and I’ve decided that it’s time for me to step away from The Voice after Season 23,” Shelton, 46, revealed on Instagram Tuesday.

“This show has changed my life in every way for the better, and it will always feel like home to me. It’s been a hell of a ride over these 12 years of chair turns, and I want to thank everyone at The Voice from NBC, every producer, the writers, musicians, crew and catering people, you are the best. It takes a lot of work, passion, and adult beverages (Ha!) to pull off a live show twice a week.”

Shelton — who married fellow “Voice” coach Gwen Stefani in 2021 — gushed about the “lifelong bonds” he made with host Carson Daly “and every single one my fellow coaches over the years, including my wife, Gwen Stefani!”

“I have to give a huge shoutout to the singers — the ‘Voices’ who come on this stage season after season and amaze us with their talent and a special thanks to those who chose me to be their coach,” he continued before thanking the fans.

“It wouldn’t happen without you!” he concluded.

The country singer has been part of the show since it first premiered in 2011. He has scored eight wins and coached 15 singers whose songs have hit No. 1 on the iTunes Top Songs chart.

Meanwhile, NBC announced on social media that Shelton will be joined by first-time coaches Niall Horan and Chance the Rapper for Season 23. Kelly Clarkson will also be returning to the show.

“The Voice” airs on NBC every Monday and Tuesday at 8 p.m. ET.