Clare Crawley has ‘battle wounds’ on lips from kissing boyfriend Former “Bachelorette” Clare Crawley shut down rumors she got lip fillers, instead claiming they were “battle wounds” from getting frisky with her boyfriend.

The 41-year-old captioned a video of herself making chili on Tuesday, “Also, no I didn’t get my lips done, it’s the consequence of having sensitive skin + a hot man with a beard.”

Later in the day she gave her one million followers a closer look at the damage in a smiling selfie, captioned “battle wounds 😂.”

Crawley and her boyfriend Ryan Dawkins, 45, went Instagram-official earlier this month when the former reality star posted a video of the pair laughing while listening to music in the car. 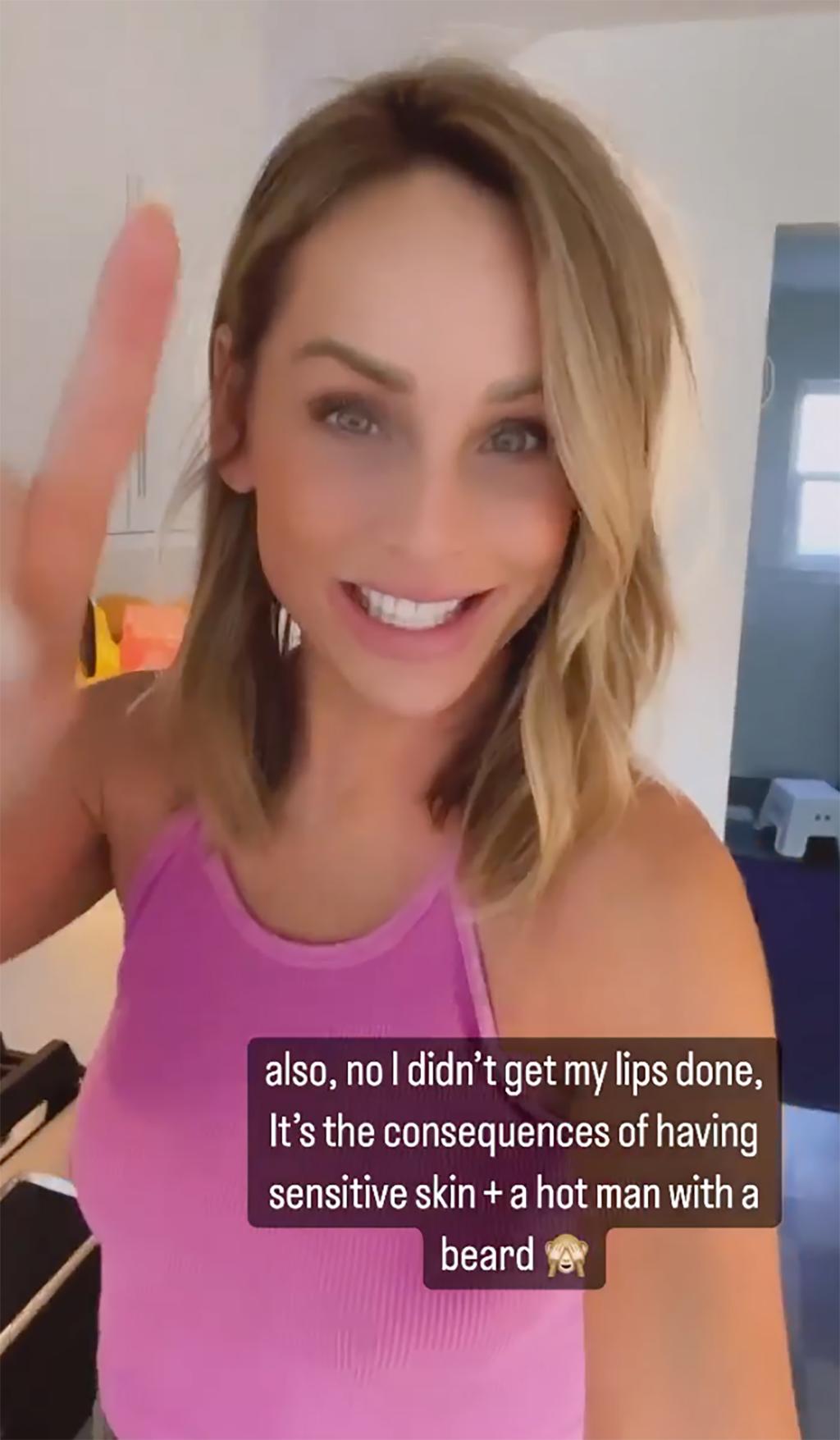 The former reality star added a PSA to her Instagram story. 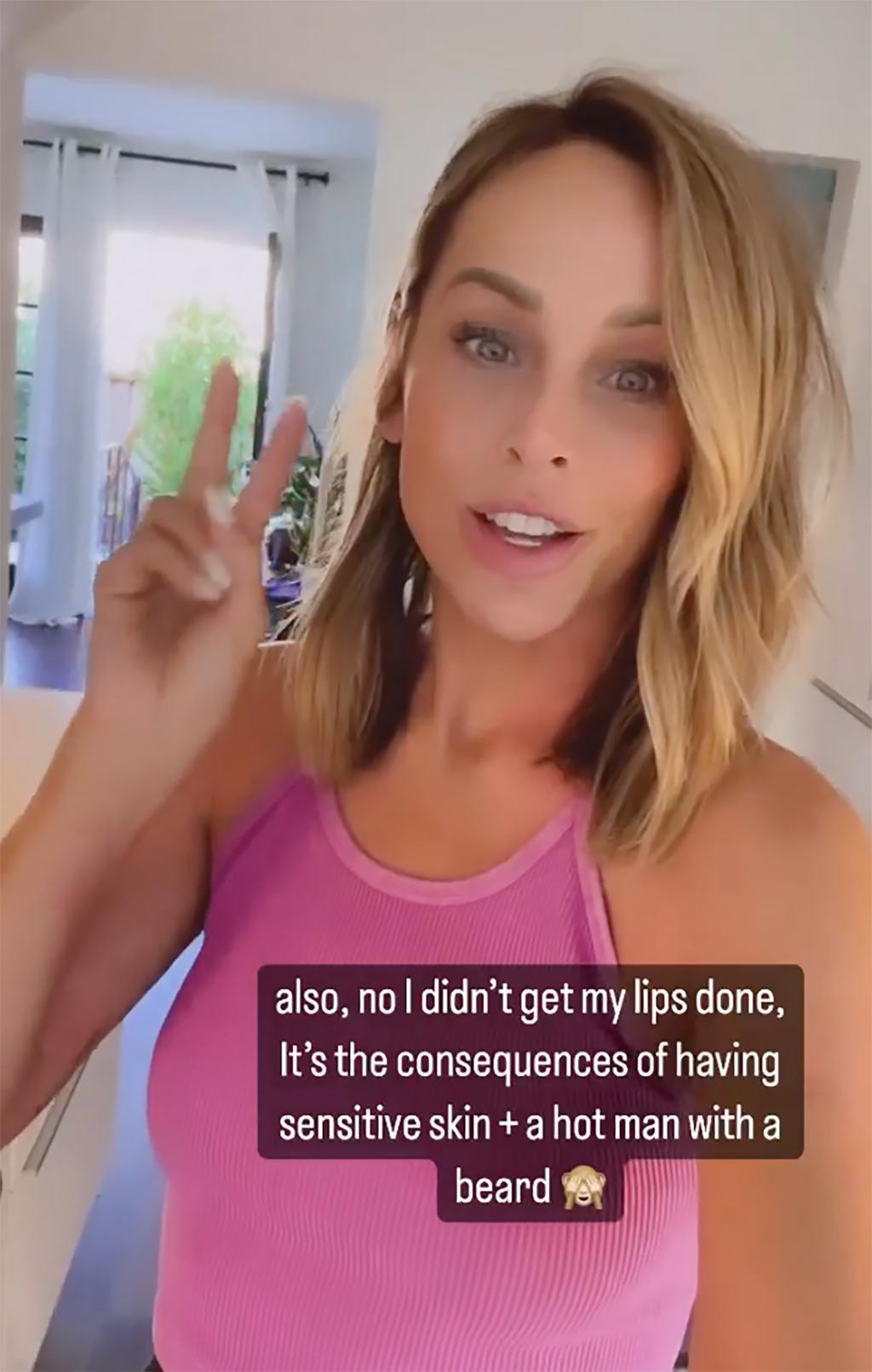 The former reality star added a PSA to her Instagram story.

“Oh, I lost everything. All my gigs, gone. Everything, gone,”…

“Him,” she wrote alongside the loved-up video of Dawkins resting his hand on her thigh.

It turns out the pair have been dating for quite a while as Crawley pinned a comment saying “a year later and y’all are still so f—kin cute.”

Some of the reality star’s famous friends from the ABC reality series also chimed in with support.

“Love to see it. So deserving of ❤️,” fan-favorite Michael Allio added.

“Finally the secret is out 😍 ❤️ 👏,” chimed in Katie Thurston.

The news of Crawley’s bearded beau comes nearly one year after she and Dale Moss, 33, called it quits after getting engaged just weeks into her stint as the “Bachelorette.”

The former couple broke up “for good” in September 2021 after a brief reconciliation following their split eight months earlier.

A source told us at the time that the pair’s “mutual” breakup resulted after major disagreements on where to live and how soon they wanted to start a family.

Crawley has since opened up about her time as the Season 16 lead and the “painful” rift that ensued.

“My biggest regret is trusting the process, trusting a man — a man’s words and who he showed me he was,” she said on an episode of Jana Kramer’s podcast, “Whine Down.” “I don’t think that that’s a regret, like, I trusted somebody, I believed somebody that they were who they said they were or that they would hold up to the promises that they make when they get down on one knee.”

She continued, “I don’t know if that’s a regret, I loved, and have always had such a deep love for, Dale, and A) he doesn’t go away overnight and B) I don’t regret that I loved loving him.”

She went on to talk about the difficulties of having a relationship in the public eye — one reason she potentially hid her new relationship with the Mascot Sports CEO until this month.

“I wish people knew both sides, you know, because it’s easy for a publicist or a source to put out a narrative of what they want their client or friend to look like and appear to, especially when your career is based, and dreams are based, on being in the public eye. But things are hurtful and I’m human, so it does affect me,” she said on the podcast.

Moss has also moved on since the pair’s split and was spotted out and about with model Florencia Galarza.