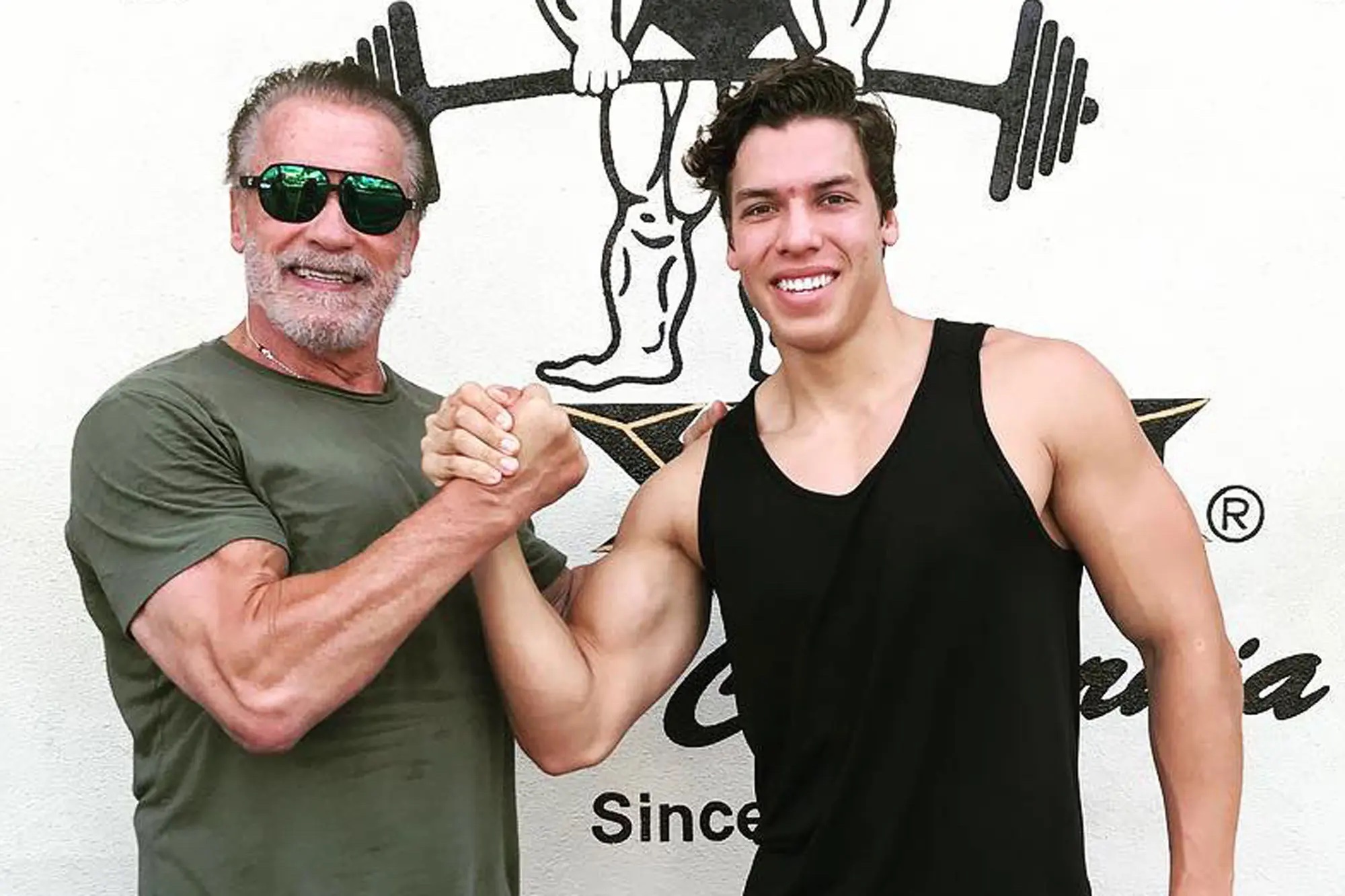 Joseph Baena didn’t have to look too far for inspiration for “Disney+ Night” on “Dancing With the Stars,” as he was channeling his famous dad, Arnold Schwarzenegger.

The fitness model and his pro partner, Daniella Karagach, performed a “Hercules”-themed Charleston in the ballroom Monday night, with Baena stepping into the character his father famously portrayed decades ago in the 1970 film “Hercules in New York.”

Speaking to Page Six after the show, Baena, 25, said he and Schwarzenegger, 75, “had a big laugh” about the whole idea before showtime.

“It wasn’t until this week that I realized that he – I mean, I’ve always known that he’s done the movie, but it was this week that I remembered that he did ‘Hercules in New York,’ because he’s done everything,” explained Baena, noting he’d “absolutely” be down to do a live-action “Hercules” film himself one day.

“The fact that he played that movie, it was just so fun to get that connection. We talked about it, we laughed about it,” he continued. “It was one of his first movies and probably not one of his favorites. But this was one of my favorite dances so I was really excited about it.”

As for Baena and Karagach, their “Hercules” routine received a total score of 28/40 from judges Len Goodman, Carrie Ann Inaba, Derek Hough and Bruno Tonioli. The performance also marked Karagach’s highly anticipated return to the ballroom after having to miss the past two weeks due to COVID-19.

The Emmy-nominated choreographer, 29, told us she was thrilled to be back and reunited with Baena, who temporarily competed with fill-in pro Alexis Warr.

“It feels so friggen good, I missed it,” she raved, with Baena adding, “She’s back and better than ever. I am so excited and so happy to have her back.”

“Dancing With the Stars” returns next Monday and Tuesday at 8 p.m. ET/5 p.m. PT on Disney+. The remaining contestants will deliver performances that showcase their “Most Memorable Year,” followed by a “Prom Night”-themed episode.

“It’s going to be a very positive year that we’re going to be talking about,” Baena teased of the story he’ll be reflecting on through dance. “So, it’s exciting.”