A flashback to happier times.

Eagle-eyed fans noticed on Wednesday that King Charles III keeps a photo of Prince Harry and Meghan Markle’s wedding day in full display at his office.

In a video posted by Lizzie Robinson from ITV, the new monarch was meeting with U.K. Prime Minister Liz Truss to kick off their weekly meetings when the camera panned out to give fans a better look at his office.

In the background, a collection of family photos was proudly displayed. One of the images, in particular, seemed to be the official portrait of the royal family from Markle and Harry’s wedding in 2018.

In the snap, the couple is surrounded by their family and bridal party at Windsor Castle just after they said “I do” at St. George’s chapel. The happy family photograph was taken by photographer Alexi Lubomirski.

Charles also set out a photo of his late mother, Queen Elizabeth II, alongside her three heirs: Charles, Prince William, and Prince George.

However, a lot has changed within the royal family since the Duke and Duchess of Sussex tied the knot.

In January 2020, Markle and Harry announced they would be stepping back from their royal duties — only to leave their roles behind for good a year later.

Following their shocking exit, tensions have been high within the royal family as the two brothers have not been able to see eye to eye. 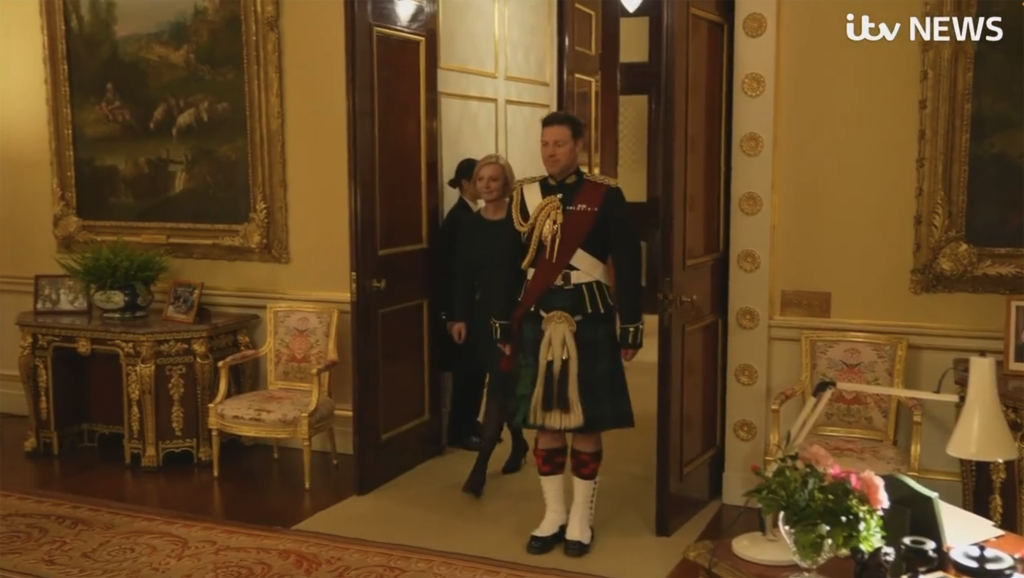 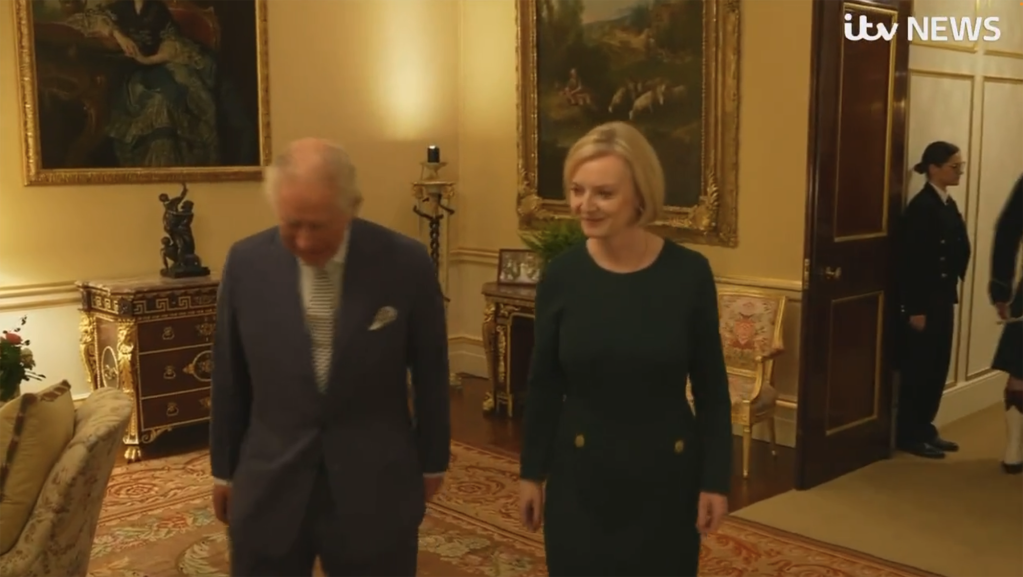 Although the two kept their distance, they shared the spotlight…

Although Markle and Harry returned to the U.K. last month for Queen Elizabeth II’s funeral, they weren’t met with open arms.

The pair were seemingly slighted multiple times during the late Queen’s funeral proceedings when they were “uninvited” from events and forced to sit behind the rest of the family.

Fans are convinced the King snubbed the couple once again by making his coronation date the same day as the Duke and Duchess of Sussex’s son Archie’s 4th birthday.

The diss wouldn’t come as a surprise to many given the fact the couple was recently demoted on the royal family’s website — landing them right next to the disgraced Prince Andrew.