Lizzo’s sparkling, skin-baring concert costumes are meant to make a statement in more ways than one.

In her new Vanity Fair cover story, the “About Damn Time” singer addressed her fat-phobic critics (“F—k them,” she quipped) as well as those who’ve said her skimpy stage outfits sexualize women.

“Black women are hypersexualized all the time, and masculinized simultaneously. Because of the structure of racism, if you’re thinner and lighter, or your features are narrow, you’re closer to being a woman.”

The Grammy winner, 34, added that she’s been wearing glammed-up versions of dance leotards to perform since 2014, since dance is a major component of her concerts.

“After [Beyoncé’s ‘Single Ladies’] it seemed like it became the industry standard for everyone,” she said. “I wanted to be like a dancer and also, it was kind of political and feminist in my eyes to have me, a full-figured dancer, wearing leotards, showing and celebrating curves and being Olympian in strength, endurance, and flexibility.”

Lizzo said her performance looks are an evolution of the famous banana skirts worn by Josephine Baker in the 1920s, and explained, “Movements have to evolve generationally. The culture changes. You can’t have a movement in 1920 be the same thing as it is in the 2020s. We have to match the rebellion. The rebellion isn’t even the same.” 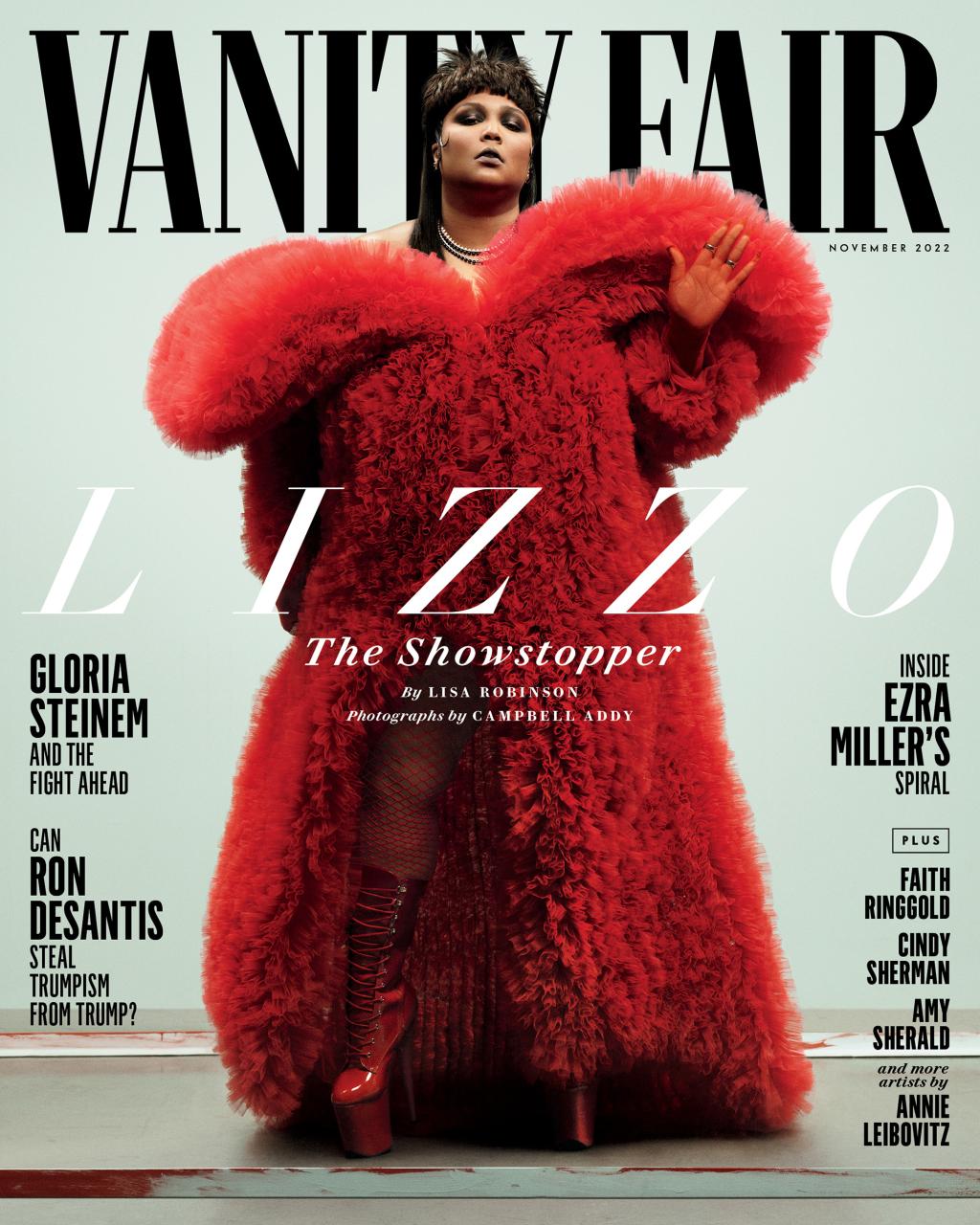 Lizzo stars on the cover of Vanity Fair’s November issue. 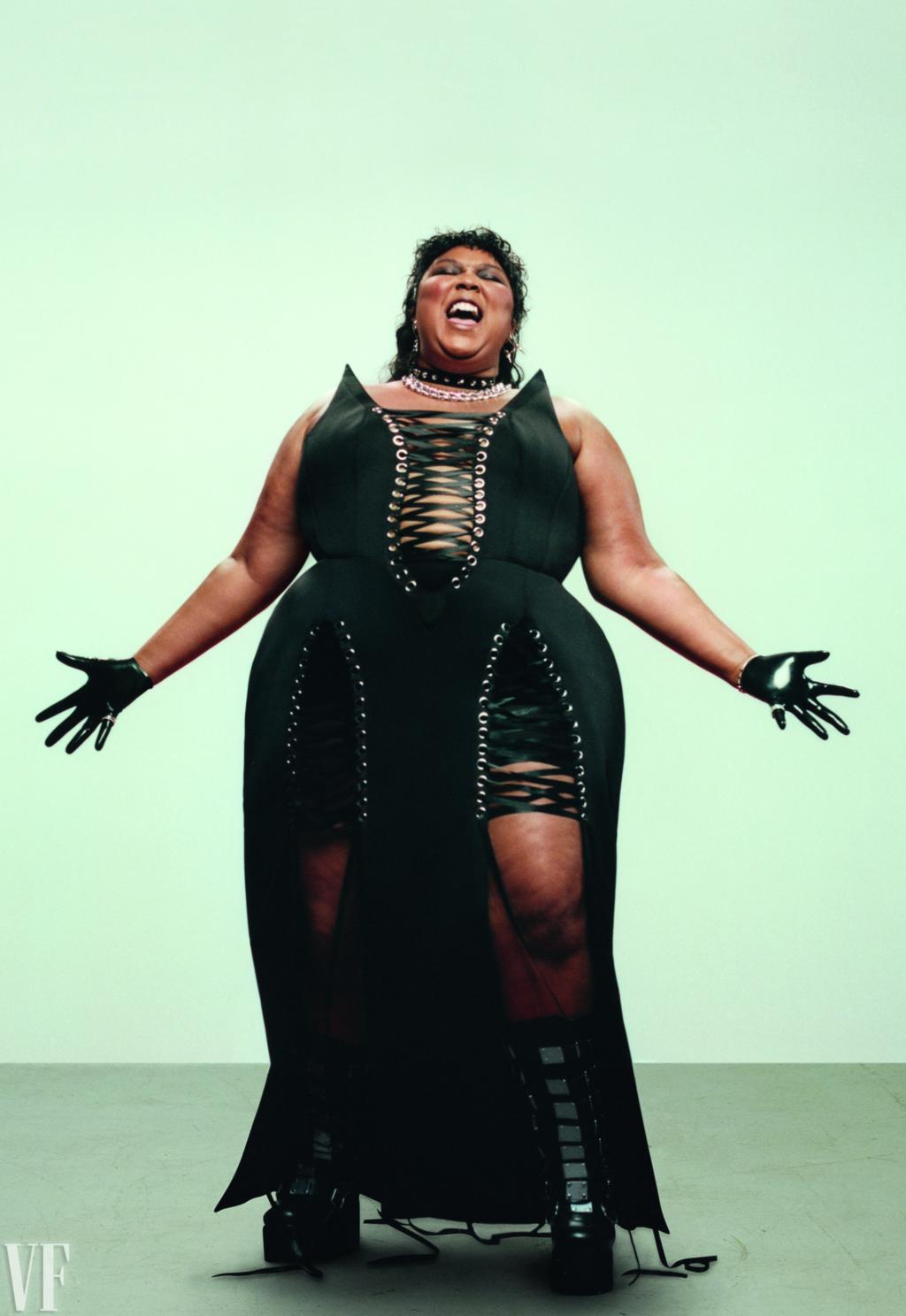 Lizzo stars on the cover of Vanity Fair’s November issue.

“Realistically in my young mind … I just knew it…

To that end, the “Truth Hurts” hitmaker’s Vanity Fair shoot sees her nodding to a number of other famous figures, from David Bowie (in a glam-rock mullet, red ruffled Act No1 gown and platform boots) to Gloria Steinem (in a chrome Duran Lantink coat emblazoned with “Go Gloria”).

Lizzo’s latest cover shoot follows the superstar’s clap-back at Kanye West, who commented on her weight during his interview with Tucker Carlson last week.

“I feel like everybody in America got my motherf–king name in their motherf–king mouth for no motherf–king reason,” she told the crowd during her concert at Toronto’s Scotiabank Arena on Friday.