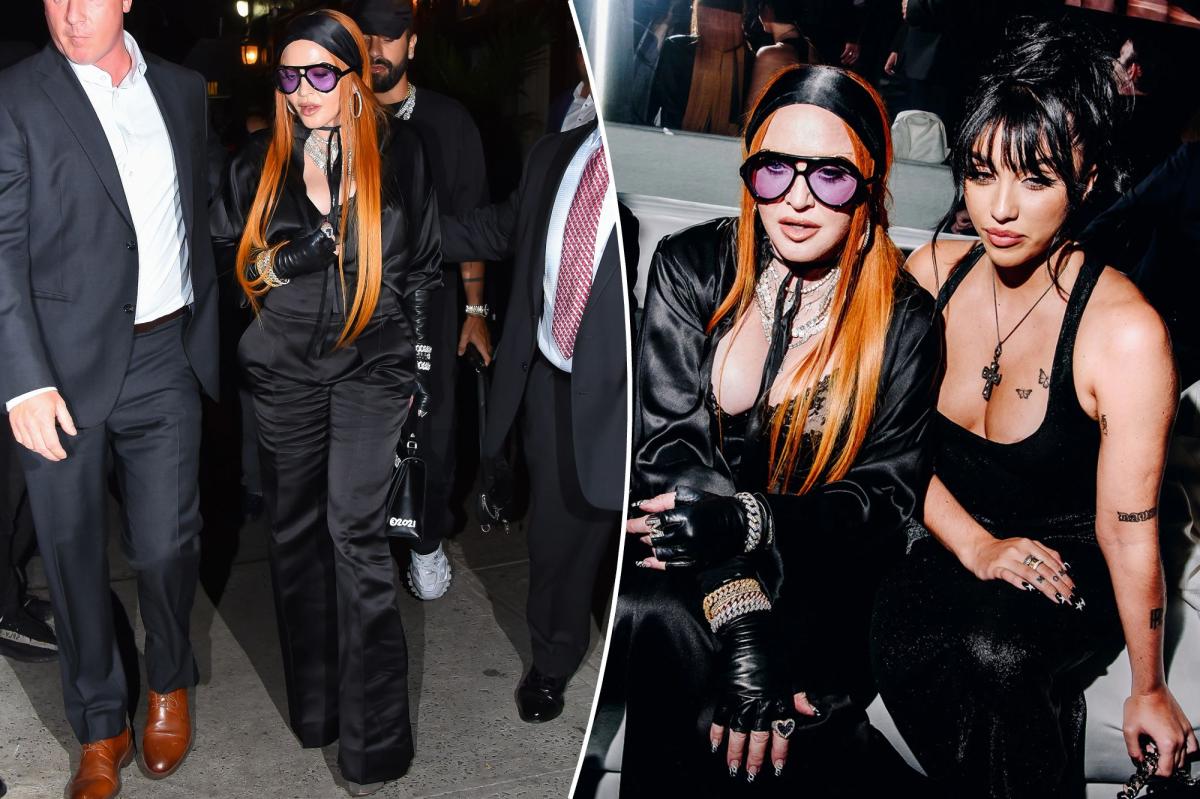 The Queen of Pop, 64, and her daughter both dressed in all-black Tom Ford outfits with plunging necklines, accessorizing with cross necklaces and chains.

They even sported similar black-and-white manicures in the front row.

The “Hung Up” hitmaker also wore a pair of purple-tinted aviator sunglasses ($495) by the man of the hour — which complemented the similar tortoiseshell set ($430) Rocco wore with his purple velvet pantsuit and silk shirt.

This wasn’t the Material Girl’s first NYFW event this season — or Lourdes’, for that matter. The mom-daughter duo hit up LaQuan Smith’s post-show party at The Blond on Monday, and Madonna was spotted twerking with rapper Tokischa, with whom she collaborated on a new remix of her song “Hung Up.”

Perhaps she’ll team up with her eldest daughter next; Lourdes recently embarked on a music career of her own, releasing her debut single, “Lock&Key,” as Lolahol.