Meghan Markle paid tribute to Queen Elizabeth II in more ways than one with her look for the late monarch’s funeral Monday.

In addition to sporting a set of pearl-and-diamond earrings gifted to her by Her Majesty ahead of the pair’s first solo outing in 2018, the Duchess of Sussex looked sophisticated in a black cape dress by Stella McCartney that royal fans might find familiar.

That’s because Markle, 41, wore a navy blue version of the look to a concert celebrating the Queen’s 92nd birthday at the Royal Albert Hall back in April 2018.

Fittingly, she chose to wear the same style in mournful black to say her final goodbye to the royal matriarch.

“Her whole look was about the Queen today. Talk about being thoughtful,” one fan tweeted.

The sleek ensemble also adhered to the funeral’s dress code, which called for black knee-length dresses or coats, along with black hats and optional veils; while Markle’s broad-brimmed headwear didn’t include a veil, her sister-in-law Kate Middleton’s did.

The Duchess of Sussex — who, like the Princess of Wales, didn’t join her husband in walking in the Queen’s funeral procession, and rejoined the rest of the royals at Westminster Abbey for the service — is famously fond of a caped silhouette. 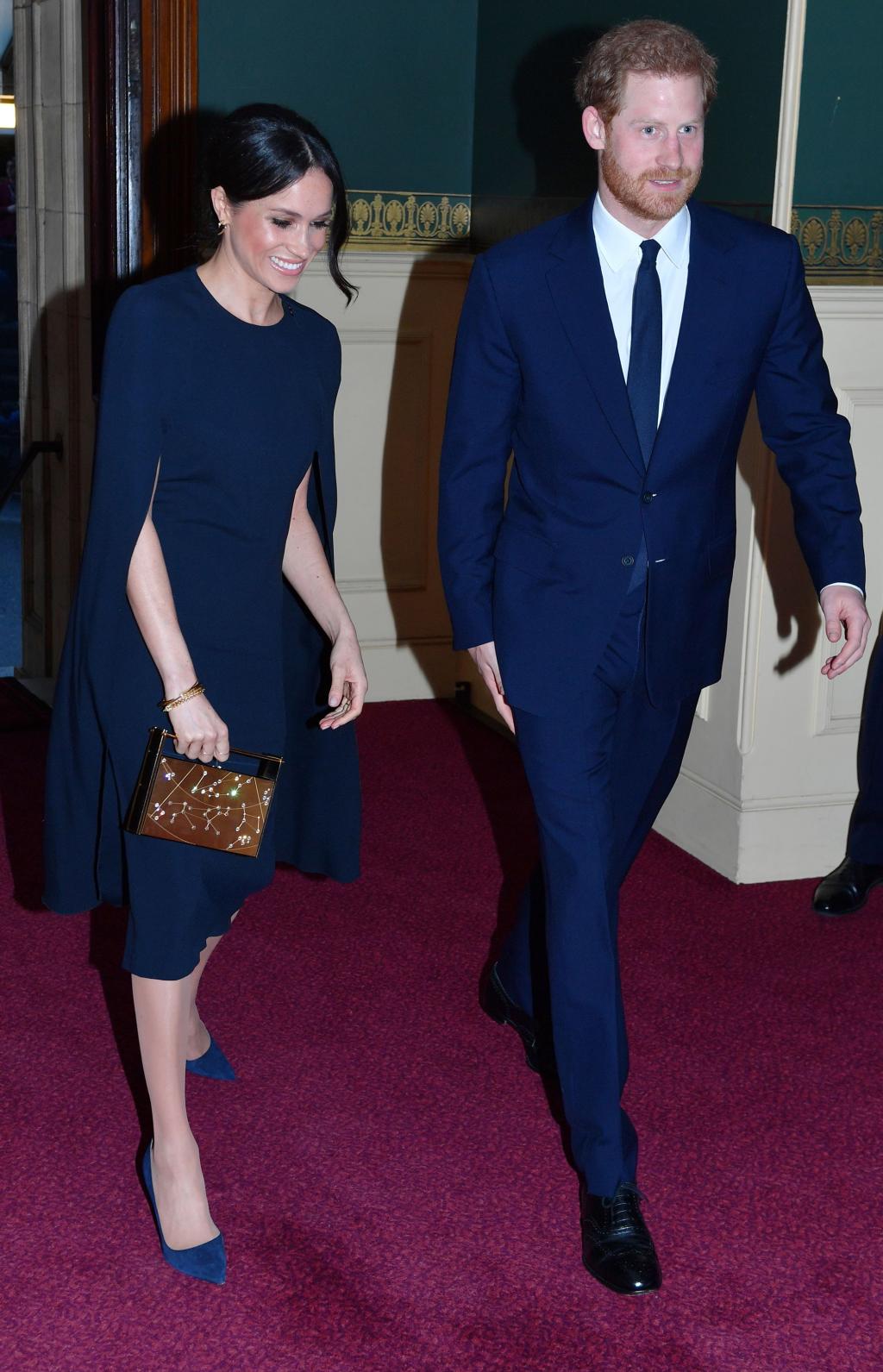 Markle wore the same dress in navy at the Queen’s birthday concert in 2018. 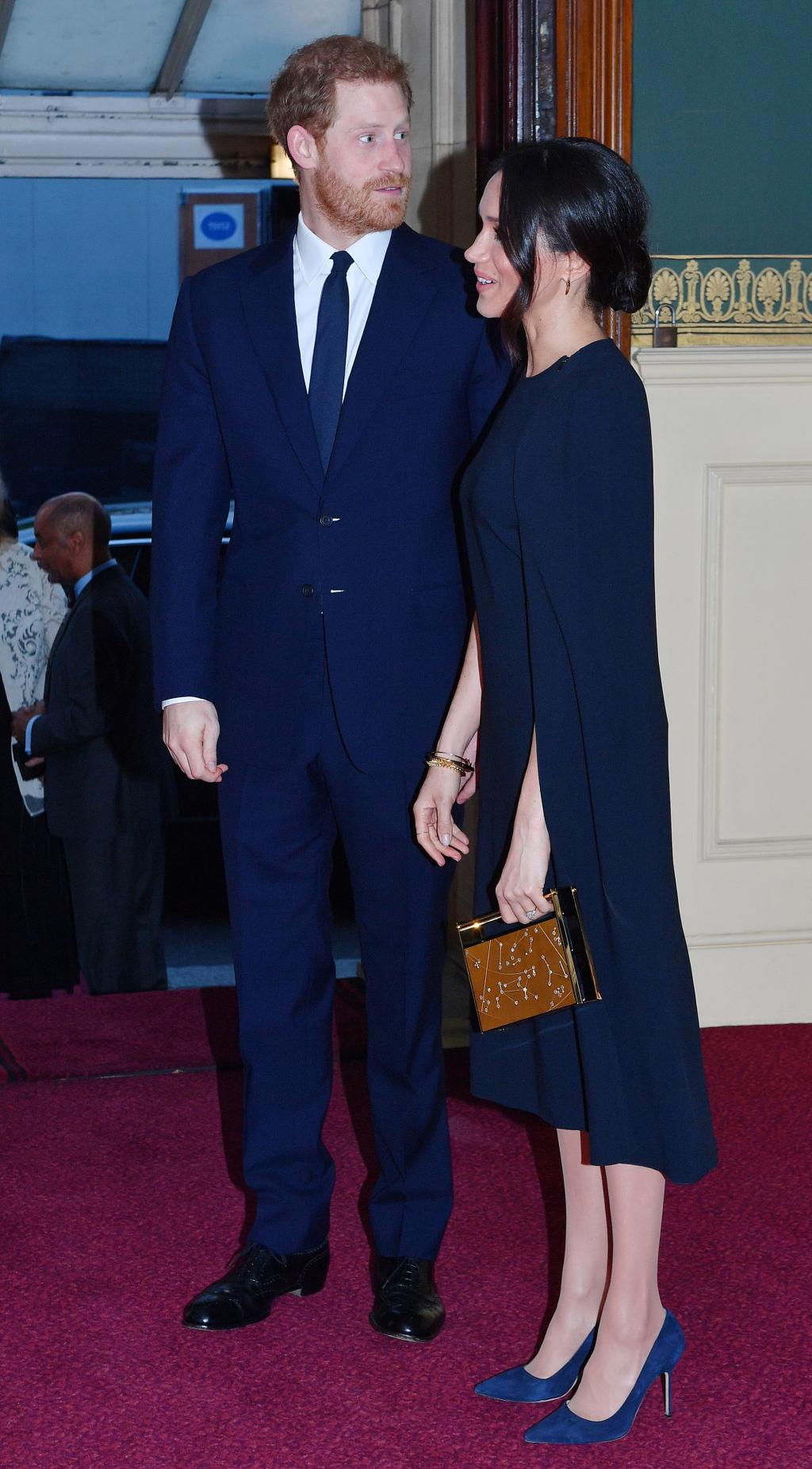 Markle wore the same dress in navy at the Queen’s birthday concert in 2018.

The king fought back tears during mother Queen Elizabeth II’s…

She notably chose a cream-colored Givenchy cape dress for her aforementioned joint appearance with Her Majesty in 2018, and also wore caped gowns during her royal tours of the South Pacific and Morocco in 2018 and 2019, respectively.

She also chose several colorful caped styles for her final appearances as a working member of the monarchy in 2020, quite literally making a dramatic exit from royal life.

And on social media Monday, some speculated Markle — who’s had a rocky relationship with her husband’s family — had opted for a cape to send a message once more.