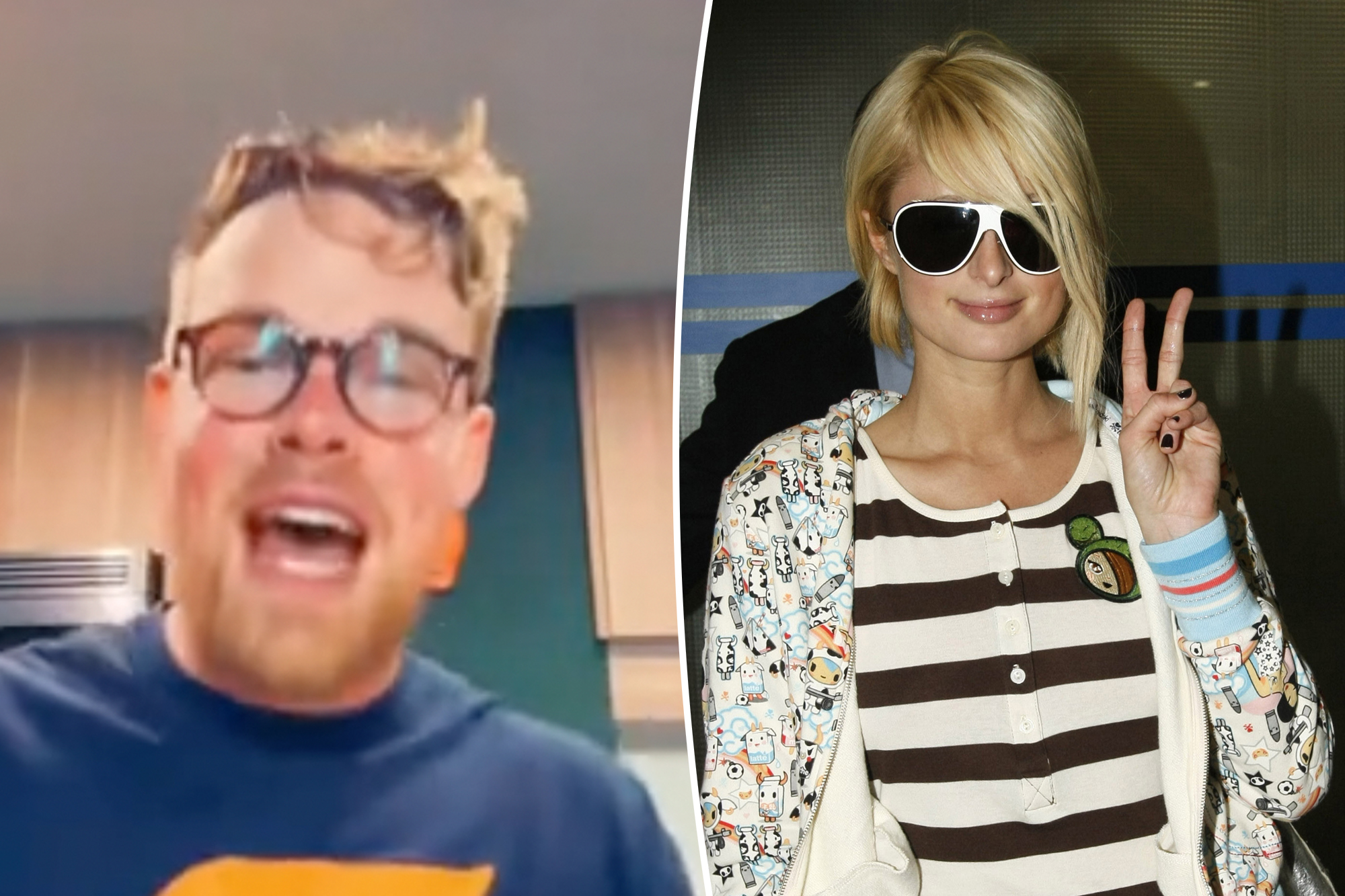 Paris Hilton has seemingly made friends with a TikTok user who allegedly stole from her in 2007.

The socialite hilariously dueted a “One Thing About Me” challenge video with AsapSCIENCE influencer Greg Brown, who explained how he once took off with Hilton’s sunglasses after a wild night out.

“One thing about me is that I once robbed Paris Hilton and I hope she never sees this cause I could go to jail,” Brown said in his TikTok video, to the tune of Nick Minaj’s “Super Freaky Girl.”

“It was 2007. I was at an MIA concert, the musician. It was great I was drinking and I left the concert and then a big, black car pulled up and all these people screamed and Paris Hilton got out.”

Reacting to the clip, Hilton, 41, smiled as Brown recounted the story, captioning it, “LOL! 😹 Can you please do a reveal of the sisterhood of the traveling Paris Hilton sunglasses? 🤣💀🕶 #ThatsNotHot #ButThatsHilarious #ButAlsoPlsDontRobMe ☺️.”

Brown claimed he and his friend saw Hilton pull up to a Toronto club and disappear with her entourage moments later, leaving the two of them alone with her unlocked and unattended car. The tipsy pair decided to peek inside the vehicle and wound up snagging the socialite’s Christian Dior sunglasses.

“There was no one in the car, so we just got in the car,” he remembered, adding that he also “pulled a script out, it was for ‘House of Wax’” – the horror flick the heiress had been filming in Toronto at the time.

“We were laughing, we were screaming, we were in Paris Hilton’s car!” he added. “Then my friend said ‘Run!’ and then I thought the cops were coming!”

Brown said that his friend was “actually screaming with joy” even as they ran away, knowing they now owned an accessory once worn by Hilton.

He went on to explain that he and his friend have held on to the sunglasses for the last 15 years, trading them off “Sisterhood of the Traveling Pants”-style.

In response to Hilton’s request to “do a reveal” of the sunglasses he once took from her, Brown posted a second video of himself rocking the chic gear.

“Omg, I remember these sunglasses 🕶🤣🤣🤣,” the “Simple Life” star captioned a video of herself dueting the new clip. “They look hot on you so you can keep them!🥰 PS: They NEVER went out of style 💅🏼✨ #Sliving ⚡️.”