Despite rumors that Prince Harry snubbed his father’s dinner invitation when he landed in Scotland, Page Six has exclusively learned that King Charles III had already left for his private residence.

When Harry arrived at Balmoral Castle on Sept. 8, Charles and Prince William had already departed for the monarch’s home on the estate, per a palace source.

They were not at Balmoral for dinner at all.

The Sun reported on Thursday that Harry, 38, declined his father’s invite after his wife, Meghan Markle, was allegedly banned from a royal family gathering at the castle to mourn the death of Queen Elizabeth II.

According to the outlet, Harry wanted Markle, 41, to join his relatives on the day his beloved grandmother passed away at age 96.

The outlet reported that Charles, 73, phoned his son to say the former actress’ presence was “inappropriate.”

Although there was no dinner snub, Harry and Meghan — who infamously quit their royal duties in 2020 — faced a series of struggles during their time paying tribute to Elizabeth in the UK.

In addition to icy interactions with William and his wife, Kate Middleton, the pair was invited to — and later uninvited from — a state reception for world leaders and foreign leaders last Friday.

Page Six exclusively reported that they only found out after reading about the “disinvite” in the press.

Harry, who served 10 years in the military, was also initially barred from wearing his military uniform to the Queen’s funeral — where he and Meghan kept their distance from William and Kate, both 40.

However, Charles eventually allowed Harry to wear the uniform to the vigil.

Harry was stripped of his military titles when he stepped down as a working member of the royal family. 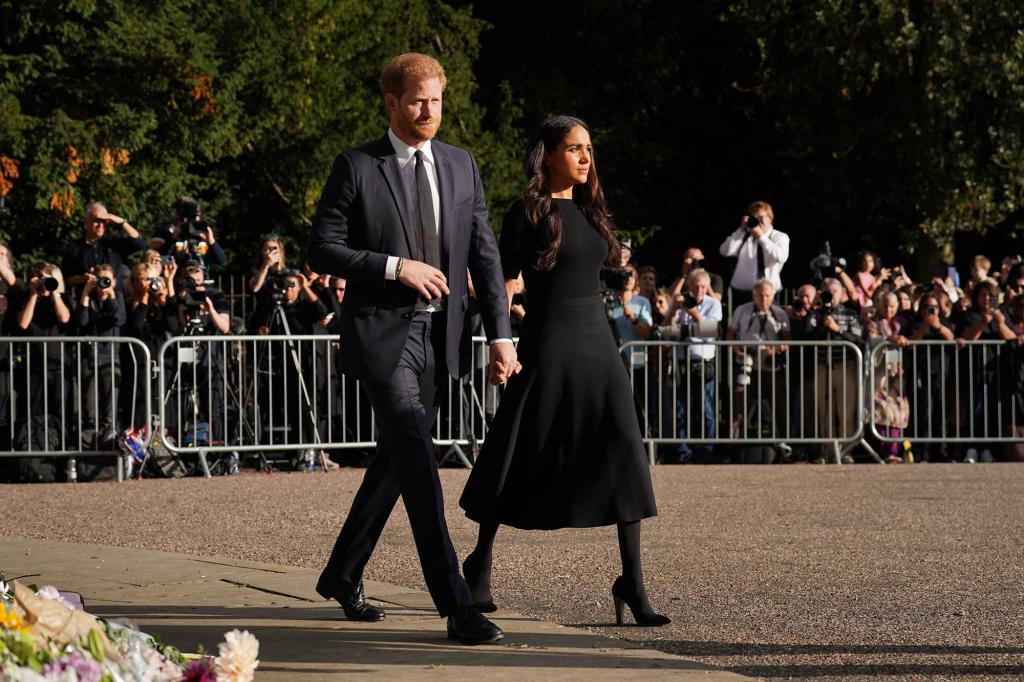 Harry and Meghan faced a series of difficulties during their recent visit to the UK to mourn the death of Queen Elizabeth II. 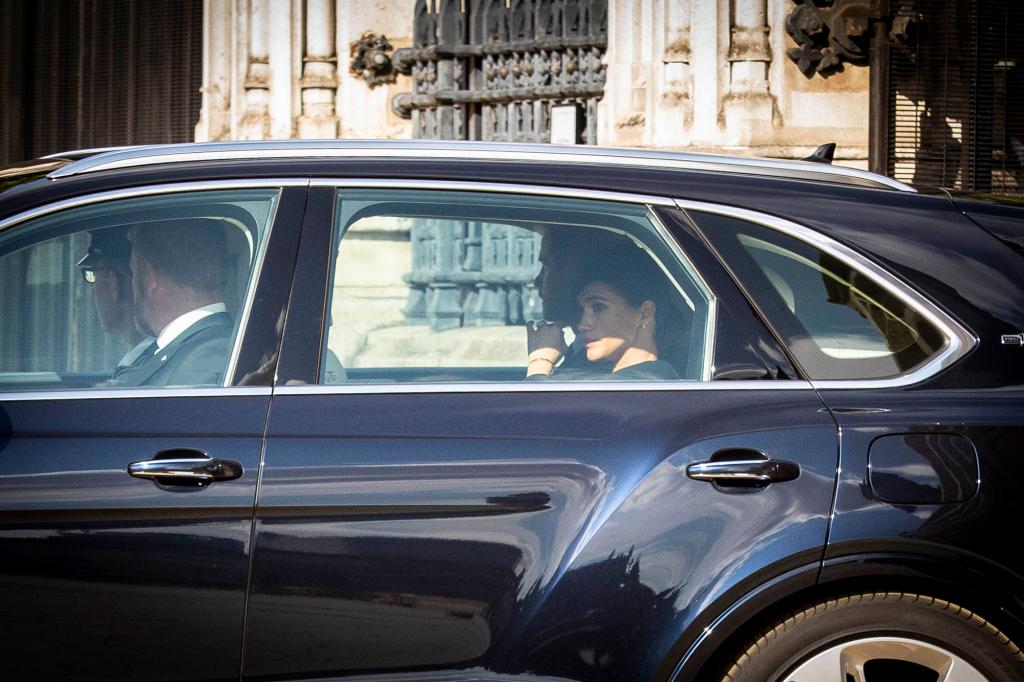 Harry and Meghan faced a series of difficulties during their recent visit to the UK to mourn the death of Queen Elizabeth II.

“Looking back now, it was kind of a grooming situation,”…

In his first statement about his grandmother, he said, “Granny, while this final parting brings us great sadness, I am forever grateful for all of our first meetings — from my earliest childhood memories with you, to meeting you for the first time as my commander-in-chief, to the first moment you met my darling wife and hugged your beloved great-grandchildren.

“I cherish these times shared with you, and the many other special moments in between. You are already sorely missed.”

After relieving themselves of any royal obligations, the Duke and Duchess of Sussex — who share 3-year-old son Archie and 1-year-old daughter Lilibet — relocated to Montecito, Calif. They flew back to the United States Wednesday.