Princess Beatrice and Princess Eugenie called Queen Elizabeth II their “guide” and “matriarch” in a touching tribute to their late grandmother on Saturday.

“We’ve not been able to put much into words since you left us all,” the daughters of disgraced Prince Andrew and his ex-wife, Sarah Ferguson, wrote in a lengthy statement alongside a photo of themselves as children with their grandma.

“There have been tears and laughter, silences and chatter, hugs and loneliness, and a collective loss for you, our beloved Queen and our beloved Grannie. We, like many, thought you’d be here forever. And we all miss you terribly.

“You were our matriarch, our guide, our loving hand on our backs leading us through this world. You taught us so much and we will cherish those lessons and memories forever.”

The pair went on to thank Queen Elizabeth for making them laugh and for “picking heather and raspberries” and for “our teas” among other things. 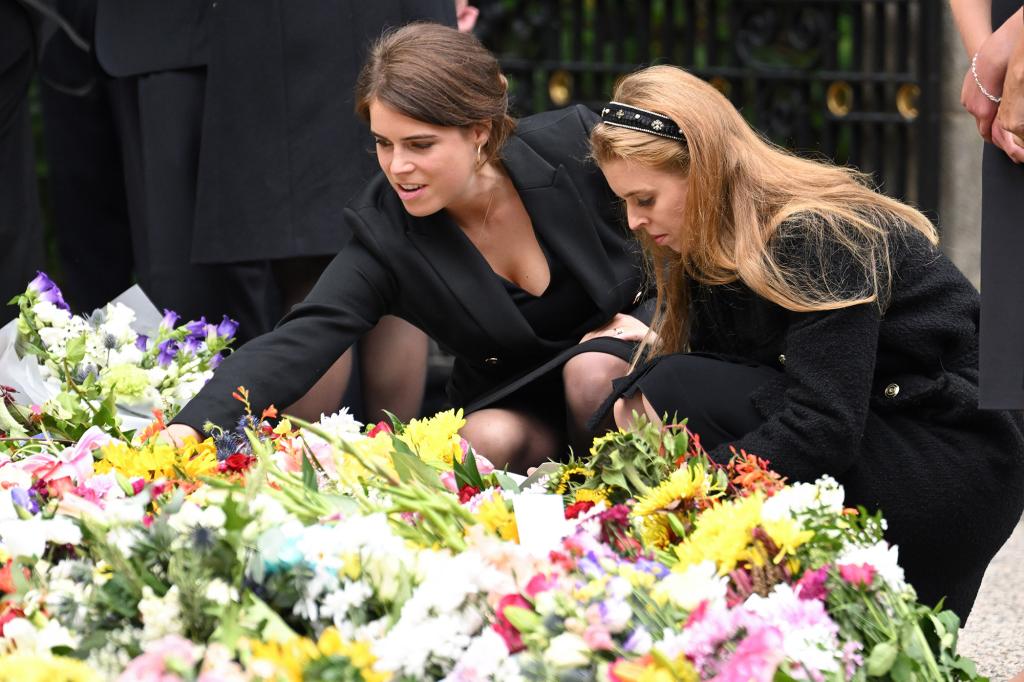 The daughters of Prince Andrew have been mourning the Queen for the last two weeks. 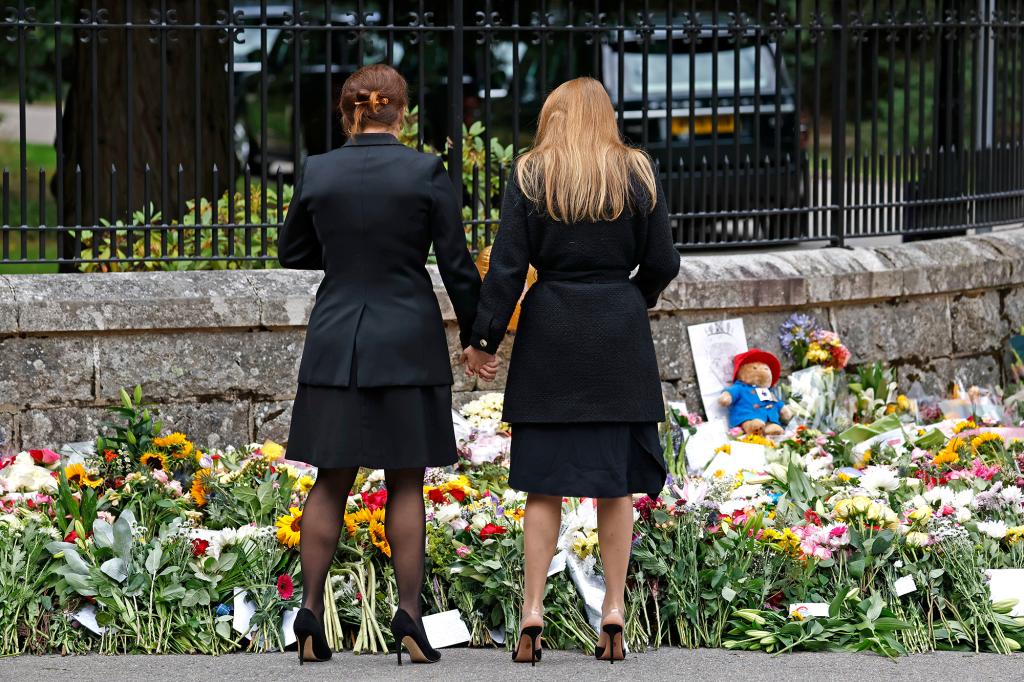 The daughters of Prince Andrew have been mourning the Queen for the last two weeks.

“I knew this would happen and honestly I’ve already seen…

“You, being you, will never know the impact you have had on our family and so many people around the world. The world mourns you and the tributes would really make you smile. They are all too true of the remarkable leader you are.”

They continued they were happy she has been reunited with Prince Philip.

“It has been the honour of our lives to have been your granddaughters and we’re so very proud of you,” they wrote.

The sisters ended their note, writing that they know “Uncle Charles” will lead by Elizabeth’s example.

Buckingham Palace announced that the Queen had died at age 96 on Sept. 8 in Scotland. Over the past two weeks there have been many events for the long-reigning monarch ahead of her funeral on Monday.

Beatrice, 34, and Eugenie, 32, will also participate in a vigil alongside their cousins, including Prince William and Prince Harry, on Saturday night.

The two princesses had a close relationship with the Queen and appeared at royal events alongside her since they were young. 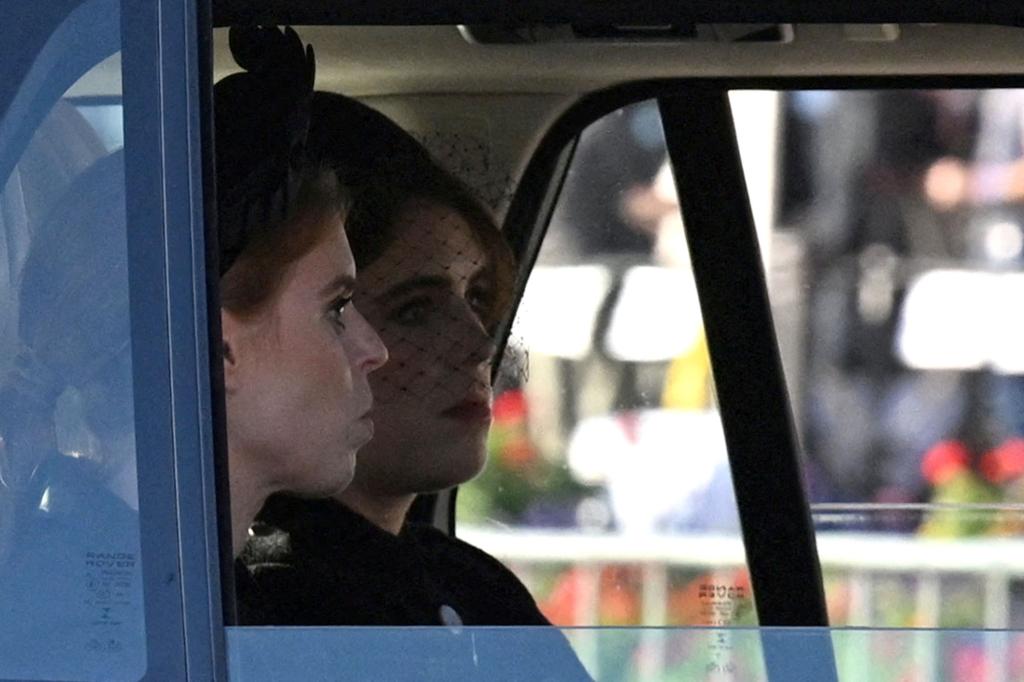 The sisters will hold vigil with their cousins on Saturday night ahead of the Queen’s funeral. 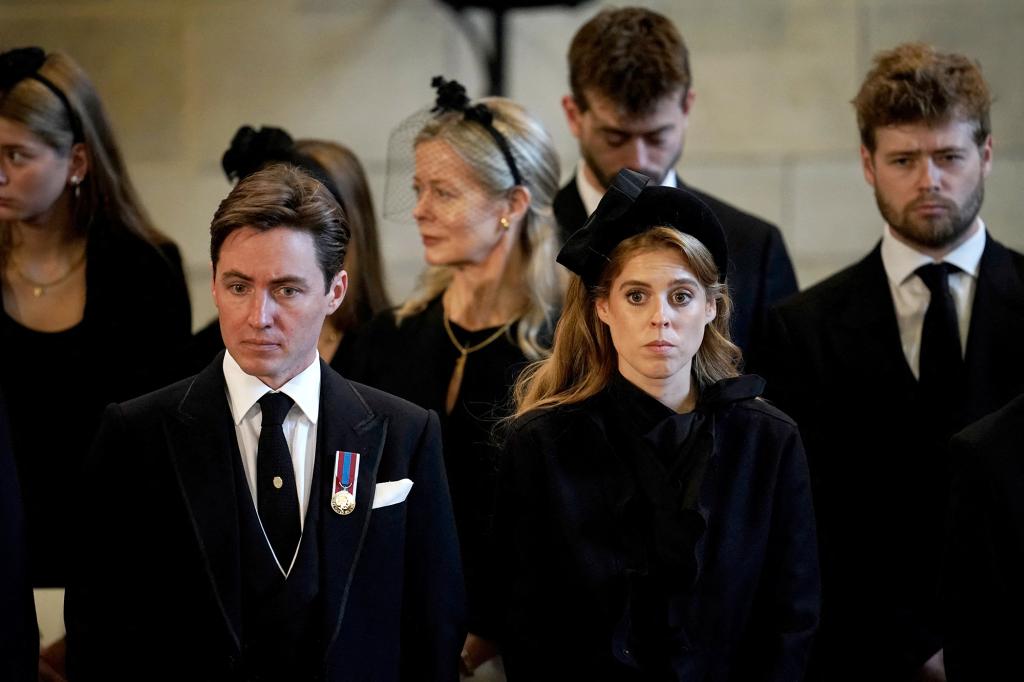 The sisters will hold vigil with their cousins on Saturday night ahead of the Queen’s funeral.

“I knew this would happen and honestly I’ve already seen…

Beatrice was captured talking about how “lucky” she was to have the Queen as her grandmother in a video posted to TikTok in June 2022.

“My name’s Beatrice, and the Queen is my granny,” she said in the viral clip, adding, “She’s my granny. I’m very, very lucky.”

Beatrice has also described her grandmother and her mother as her biggest role models.

“They are both formidable women,” she told Hello! in October 2017 of the Queen and Ferguson. “I think having female role models is incredibly important, and I am very lucky that I happen to be related to these two incredible women.”

She continued, “I find my grandmother inspiring every day because her overwhelming sense of duty is linked with an overwhelming curiosity. Every day she’s curious to learn something new, to do something new. … She goes out into the community with a genuine curiosity as to how she can be a force for good in the world.”

Beatrice honored the Queen during her July 2020 wedding to Edoardo Mapelli Mozzi by wearing the sovereign’s tiara and dress.

The newlyweds then named their daughter Sienna Elizabeth after the Queen when the little one was born in September 2021.

Eugenie, for her part, paid tribute to her late grandfather Prince Philip by naming her and her husband Jack Brooksbank’s first child August Philip Hawke in February 2021.

Eugenie later wrote a touching essay for The Spectator about how she hoped her son would grow up to be just like the Queen.

“I have given my life to my special little family and hope to impart even an inch of the values my grandmother has lived her life by,” she wrote in June 2022. “I think about my son August and what I’d like for him, what kind of world I’d like him to grow up in.”

She continued, “And I think of my grannie and what she has stood for, for so many people and for our family during these 70 years. I’d love Augie to have her patience, her calmness and her kindness, while always being able to laugh at himself and keep a twinkle in his eye.”

Both Beatrice and Eugenie attended the Queen’s Platinum Jubilee festivities that same month to mark Her Majesty’s unprecedented seven-decade reign.

Amid the celebrations, the Queen showed signs of ailing health when she had to back out of several events over the course of the three-day weekend due to “discomfort.”

And a month prior, she had to cancel an appearance after experiencing “episodic mobility problems.”

The Queen previously raised health concerns when she was hospitalized for a night in October 2021. That same month, she started using a cane “for comfort.”

She also had a bout with COVID-19 in February 2022 but was back to conducting her royal duties the next month.

The Queen is survived by her four children, Andrew, King Charles III, Princess Anne and Prince Edward, as well as eight grandchildren and 12 great-grandkids.