She’s been to hell and back.

Lisa Rinna compared Kathy Hilton to Satan on Wednesday’s episode of “The Real Housewives of Beverly Hills” – and even claimed that the latter’s Aspen tirade inflicted a level of “PTSD.”

“But it’s hard to get past what I had just been through with Kathy. I am very, very in shock still. And I am putting on a brave face because I feel PTSD.”

Earlier in the episode, the “RHOBH” cast shared their accounts of Hilton’s girls’ trip meltdown.

Sutton Stracke alleged that the 63-year-old socialite became irate after her efforts to create a conga line at Aspen’s members-only Caribou Club were ignored. Next, Kyle Richards claimed that Hilton demanded that her younger sister depart the club with her.

After Richards, 53, refused, Hilton allegedly grew angrier, prompting Rinna to take her back to Richards’ Colorado ski cabin. That’s when Rinna purportedly came in contact with Hilton’s dark side.

“We get in the sprinter van and Kathy just starts screaming about everything, and she’s saying things like, ‘I’m going to take down NBC, Bravo. I will take down this show singlehandedly. I will f—king ruin you all.’ What in the holy f—king hell?” the former soap actress said in a confessional.

“We get back to Kyle’s house and it’s just the two of us and it gets worse.”

Rinna went on to claim that Hilton spoke disparagingly of Richards, with whom she has previously ceased contact for extended periods of time over family strife. The sisters have worked hard to rebuild their relationship in recent years.

“She takes her glasses off, she throws them on the ground, she’s jumping up and down, breaking her glasses. She’s pounding the walls and she’s screaming [that] she made Kyle, Kathy’s responsible for Kyle,” Rinna alleged. “And she said, ‘I will destroy Kyle and her family if it’s the last thing I ever do.’”

After the outburst, Rinna said she was “surprised” to see Hilton show up for Kung Minkoff’s celebration.

“I didn’t think she’d show up and she is decked out to the nines like nothing ever happened. It’s so f—king weird,” she told the camera. “It is excruciatingly difficult to watch Kathy sit and pretend like nothing happened.”

“I’m still really upset after what happened in Aspen. I can’t sit here any longer,” she said. “I am really trying, but I feel like I have seen the devil. And her name is Kathy Hilton.”

Rinna acknowledged her decades-long friendship with Hilton, who has maintained a glowing reputation among Hollywood’s elite for many years. 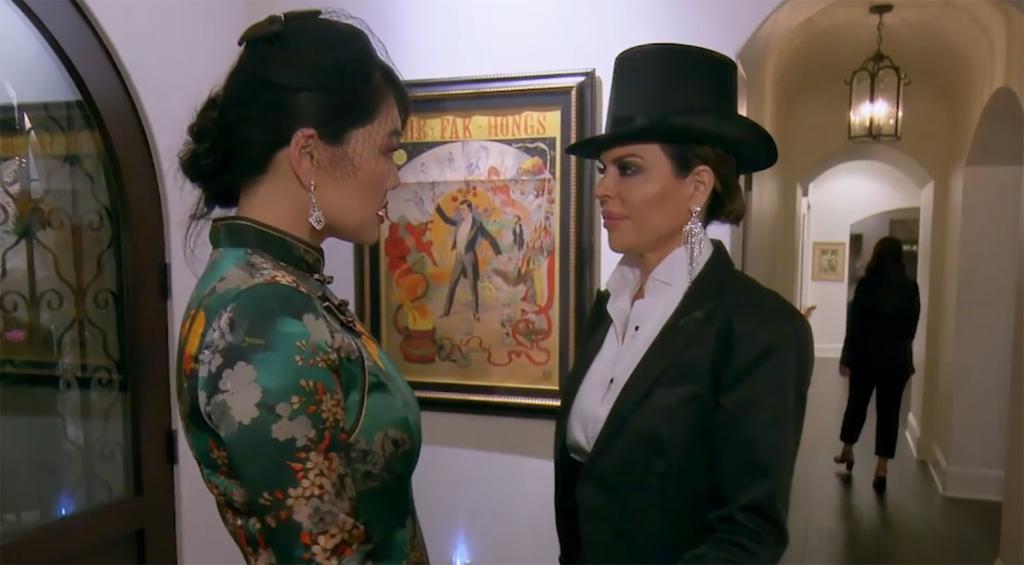 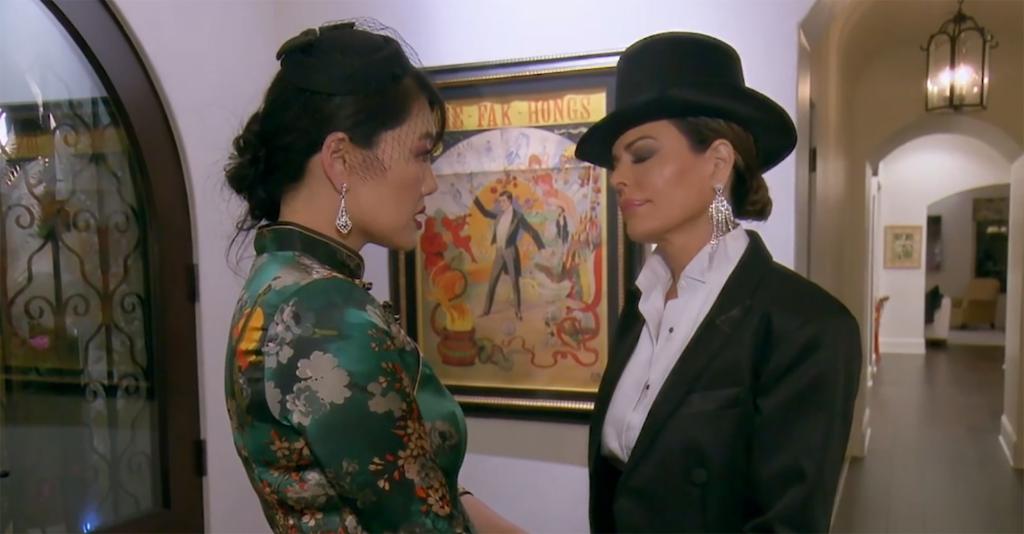 The couple — who called it quits last week —…

“I’ve known Kathy for 30 years. This is this polished, loving mother socialite, a pillar of society,” she said, suggesting that the facade is beginning to fade.

“And to hear all these things coming out of her mouth, I can’t believe you’d think it, feel it or say it — about your own family.”

Elsewhere, Rinna claimed that Hilton said hurtful things about the rest of the “Beverly Hills” women. “If these women knew exactly what Kathy said about them, they wouldn’t be real happy about it — I’ll tell you that,” she said. “It’s so f—ked up on every level. It’s f—ked up.”

Meanwhile, Hilton appeared confused over Rinna’s decision to leave Kung Minkoff’s party, chalking it up to grief over the November 2021 death of Rinna’s mother, Lois. (This episode was filmed in February 2022.)

“I know Lisa’s gone through a lot losing her mom. And if she has to leave early, that’s her business. I don’t feel she left because of what I shared with her in Aspen,” Hilton said in a confessional. “She was a sweetheart, she listened and I, by no means, got any indication that she was upset.”

She added, “But if I was this toe that broke the camel’s back, I apologize. I don’t want to upset anybody.”

Rumors of Hilton’s behavior in Aspen began circulating this winter. Her public Instagram plea to her husband, Rick Hilton, to help her “get out” only stoked fans’ theories about what went down.

However, in a February Instagram Live interview with E! Entertainment, Kathy claimed that her alarming comment came after losing her cell phone.

“I lost my phone, which I do. I was left in the house by myself at one point,” she said. “And it was about three in the morning. My husband puts his phone in his office, and I know at about midnight he’s on his iPad, and he’ll be scrolling through.”

She continued, “I knew I’d catch him by saying, ‘Call me, get me out of here,’ because I did have my iPad, 10 percent left, no charger. And I started getting scared, hearing all the noises. I didn’t know what to do.”

The next day, Kathy moved out of Richards’ home and relocated to the swanky hotel The Little Nell.

She admitted there were “squabbles” on the “RHOBH” Aspen trip, but claimed that she stayed out of the drama.

“The girls did have some squabbles. There were a few little squabbles where some people moved out of Kyle’s,” she said, also asserting that she had “the most wonderful time” in Colorado.

Last year, Kathy re-signed her contract as a “friend of” the cast, agreeing to make several appearances in Season 12 after reportedly negotiating a higher paycheck. She had started making appearances on the show in October 2020 for Season 11.

“The Real Housewives of Beverly Hills” airs Wednesdays at 8 p.m. ET on Bravo.

Tom Brady, Gisele Bündchen took their kids to the Hamptons before marriage spat

‘Love Is Blind’ stars Danielle, Nick speak out for the first time after split

That Is She? 2022 Net Worth Updates- How Much Does The Tennis Player Has?