A mother-of-one left horrifically scarred in an acid attack has been reunited with the hero British surgeon who helped rebuild her face.

Kanwal Qayyum, 40, was doused with sulphuric acid while she slept by a bitter former friend who did not want her to better herself as an air hostess in 2011.

She lost her nose in the attack in Pakistan and surgeons have spent the past 11 years painstakingly rebuilding her features using tissue from her thigh.

One of the team helping her free of charge was hair transplant surgeon Dr Asim Shahmalak, 61, from Manchester.

He is one of only a handful of surgeons in the world who can carry out eyelash and eyebrow transplants.

The medic travelled to Karachi — where he was born — to create two new eyebrows and a new eyelashes in the left eyelid free of charge for Kanwal from hair taken from the back of her scalp.

The pair met again in Pakistan earlier this month at a charity event for the Depilex Smileagain Foundation. 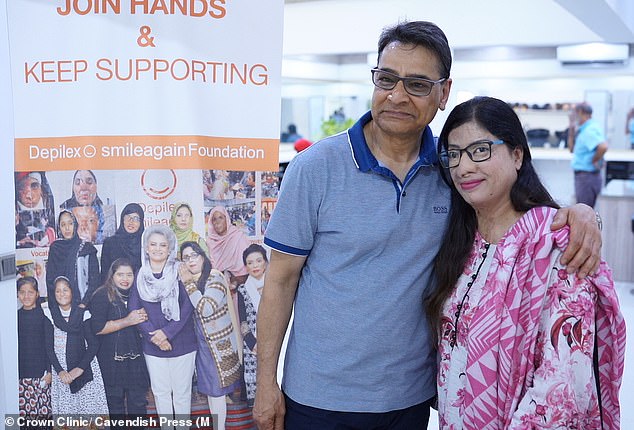 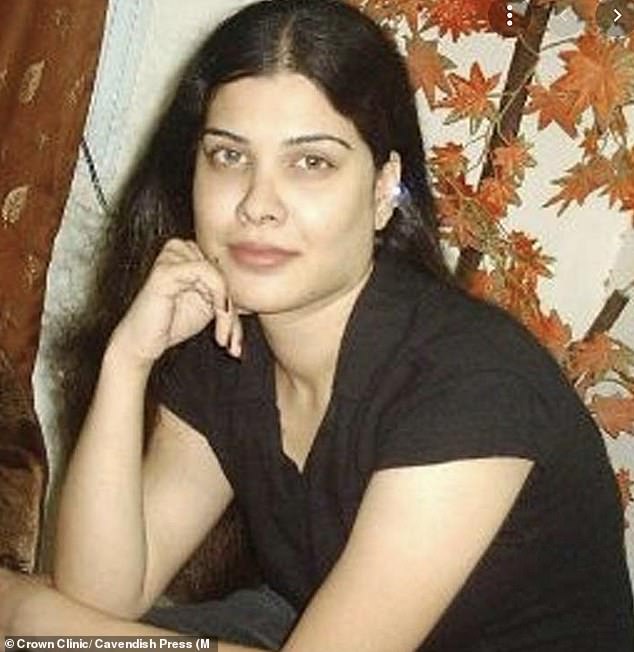 Kanwal Qayyum, 40, was injured in 2011 after being doused with sulphuric acid while she slept by a bitter former friend who did not want her to better herself as an air hostess 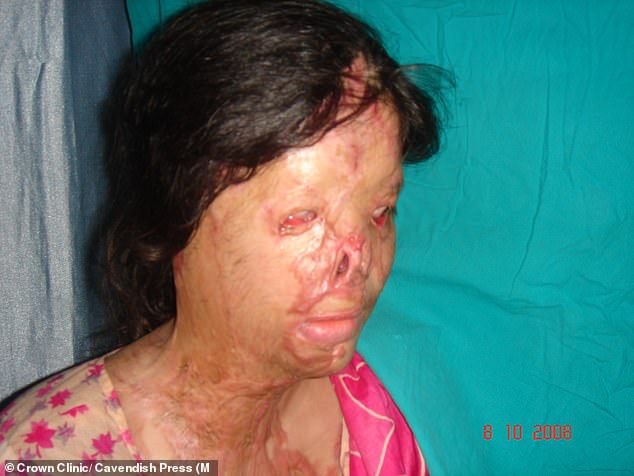 The problem of acid attacks is a rising problem in South Asia.

Despite a law making acid violence a separate offence with a minimum penalty of 10 years in jail, and a Supreme Court ruling on the regulation and sale of dangerous chemicals, acids are still bought and sold without the required licences in India.

Experts are calling on India to follow neighbours Pakistan and Bangladesh, where existing laws on the sale of acid were strengthened.

Indeed, Bangladesh, where there were 492 attacks in 2002, had just 75 attacks last year – thanks to the introduction of the death penalty as punishment for the crime.

Ms Qayyum said: ‘I cannot thank the doctor enough — he has completely transformed my face and I love my new eyebrows and new eyelashes.’

Dr Shahmalk, who runs the Crown Clinic near Manchester Airport, said: ‘Kanwal is one of the bravest women I have ever met.

‘It was wonderful to hear how she has rebuilt her life following the attack and is now working successfully in a textile company.’

The medic was honoured with a Point of Light Award by former Prime Minister Boris Johnson for his mercy missions helping acid attack victims.

He was also reunited with Niaz Bano, 52, who lost her left eye after being pelted with acid disguised in a cup of tea in a row over her daughter’s wedding.

Surgeons have spent the last ten years rebuilding her face and Dr Shahmalak filled in gaps in both her eyebrows with hair transplanted from her scalp.

He said: ‘Niaz’s face has been transformed by the surgery. She has bounced back brilliantly from the attacks and now runs a successful grocery store from her home.

‘I gave some symmetry to her face by performing transplants on both eyebrows.’

Niaz said: ‘I love my new brows and it was great to meet Dr Shahmalak to say thank-you.’

The charity is run by Pakistani businesswoman Masarrat Misbah with help from his brother Wasim.

New patients include Muhammad Usman, a 28-year-old computer designer, who lost an eye in an acid attack and has so far had four operations to rebuild his face. 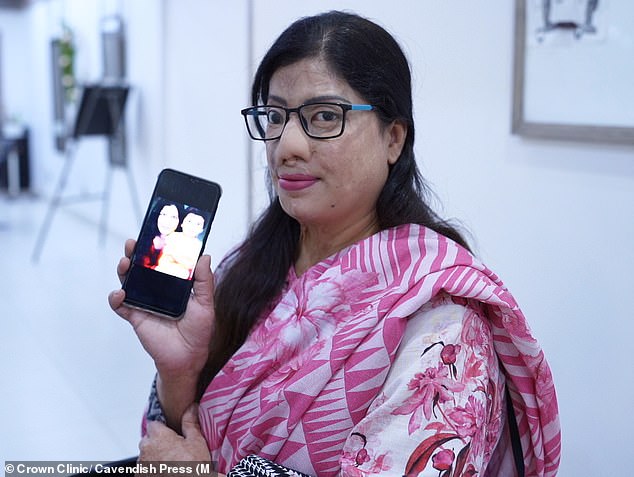 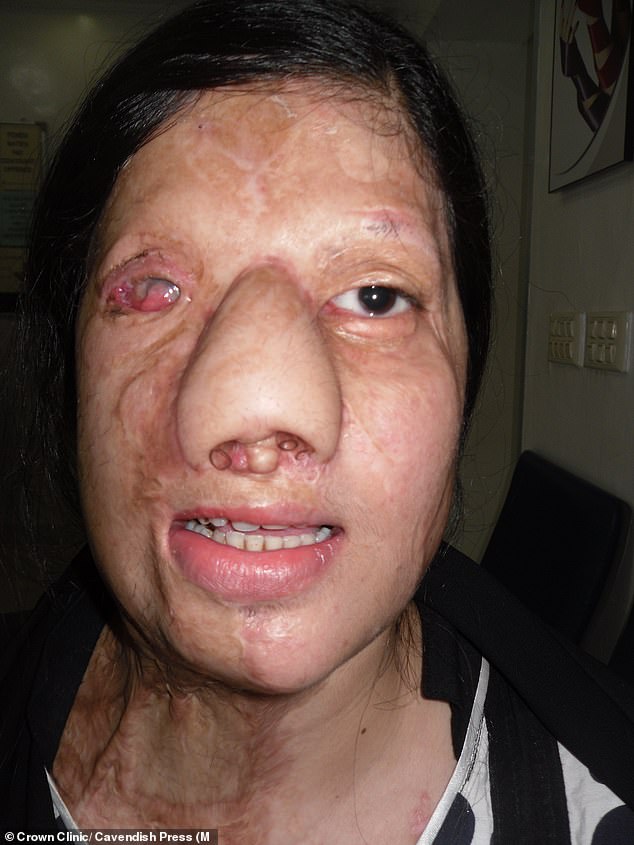 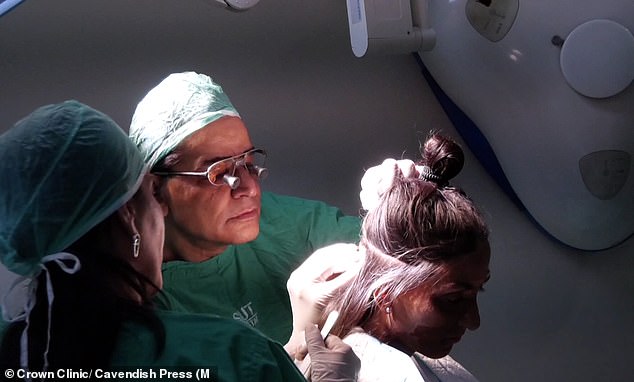 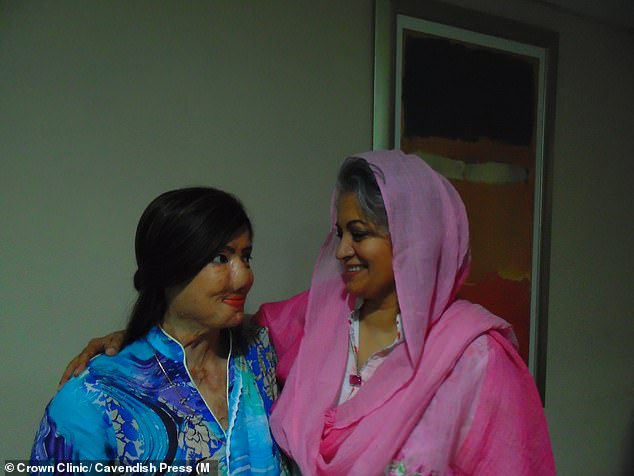 Kanwal Qayum with Pakistani businesswoman Masarrat Misbah from the Depilex Smileagain Foundation, which she founded

Maira Afzal, 19, was just two years old when she fell in a hot oven made of bricks, losing all the hair at the front of her scalp.

The team at Depilex are working with her to transplant new hair around her hairline.

Dr Shahmalak said: ‘I am part of a big team of surgeons who are doing everything we can to rebuild these people’s lives after acid attacks and tragic accidents.

‘Sadly these acid attacks are increasingly common in Pakistan. You can buy deadly sulphuric acid for as little as 15p a bottle with no questions asked.

‘I have travelled from Manchester several times with a team from Crown Clinic to perform surgery and we have been able to train local medics in our techniques.

‘All the really hard work is done by Masarrat and her team at Depilex, who not only provide surgery but the practical support the victims need such as help finding a job after the surgery.’

Dr Shahmalak, a father of two, lives in Cheadle with his wife Rubina, who is a Manchester GP.

Cold and flu illness days overtake Covid-19 as a trigger for absence from work, figures present