Pharmaceutical giant Novartis is reporting shortages of the ADHD medication Adderall as a nationwide shortage of the medication continues to worsen.

Supply issues have been brewing since the summer when patients began having trouble getting their prescriptions filled at their local retail pharmacies.

The drug is an amphetamine used to treat attention-deficit/hyperactivity disorder (ADHD).

Teva Pharmaceuticals, America’s leading producer of both name brand and generic versions of the drug, reported shortages of all doses of the generic medications.

This severely affects the roughly 2.5 million Americans who rely on medication such as Adderall to manage their ADHD. An estimated 8.4 per cent of children and 2.5 per cent of adults have ADHD, according to the American Psychiatric Association.

Havoc wreaked on the supply chain during the Covid pandemic, which caused shortages of many essentials ranging from toilet paper to baby formula, also affected pharmacists’ ability to fill prescriptions. 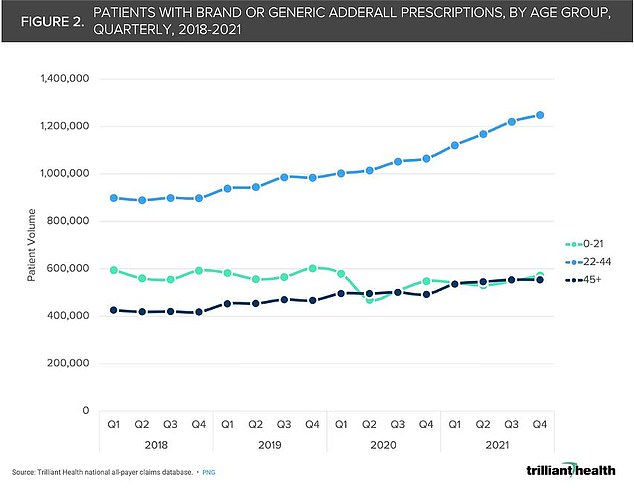 ADHD is most commonly diagnosed in children but prescriptions in young adults have exploded in recent years, in part due to the rise of tele-prescribers like Cerebral and Done Health. 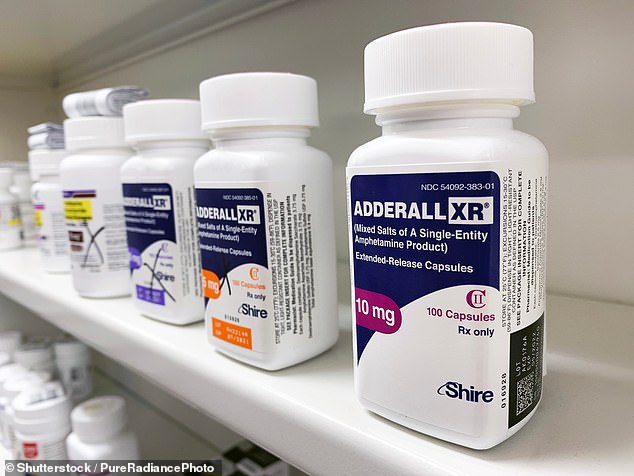 Seven pharmaceutical companies including Novartis and Teva have reported shortages of both extended release and immediate release Adderall and its generic. 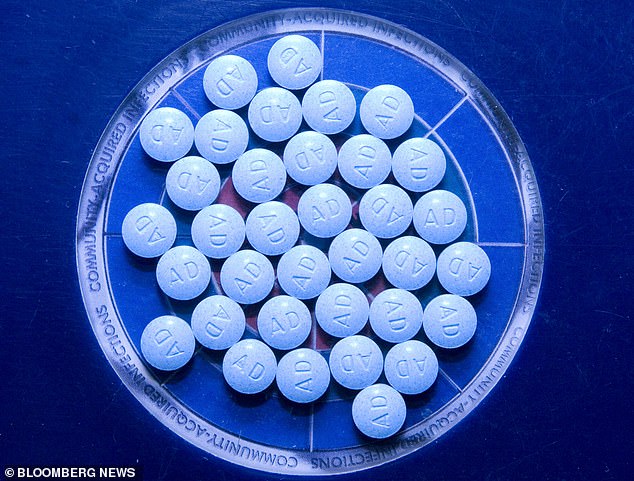 ADHD Diagnoses are most common in school-age children who will appear to have trouble paying attention, controlling impulsive behaviors , or be overly active.

Matt Blanchette, senior manager of retail communications at CVS Health told DailyMail.com, ‘We’re aware of intermittent shortages of generic amphetamine medication in the supply chain and our pharmacists will work with patients who are prescribed this medication as needed.’

Meanwhile, Walgreens’ senior director of external relations Fraser Engerman said: ‘our teams continue to work with our supplier and distribution partners in an effort to help meet patient demand.’

He added, ‘We have seen some intermittent supply issues with the generic form of this drug and additional questions about availability should be directed to the drug’s manufacturers.’

Small pharmacies are also struggling to keep up with demand.

In a national survey by the National Community Pharmacists Association of about 360 independent pharmacies, 64 per cent reported a drug shortage in July and August.

ADHD is most often diagnosed in children and is characterized by impulsivity, inattentiveness, and/or hyperactivity so severe that it affects work and school.

What is Adderall and who does this shortage affect?

Adderall and the generic version (amphetamine/dextroamphetamine salts) are used to treat ADHD and narcolepsy.

The medication comes in a wide range of doses and in extended release and immediate release. Supplies of all of them are scarce.

The American Psychiatric Association estimates that 8.4 per cent of children and 2.5 per cent of adults have ADHD.

About 2.5 million Americans are prescribed such as Adderall to treat ADD/ADHD.

Many of the millions of Americans who rely on a daily dose of Adderall or its generic have been sent into a panic when trying to fill their prescriptions.

For instance, a 37-year-old patient from New Jersey who has been on the medication for 12 years called 16 pharmacies over two days before learning it would be on backorder for two to three months, Vice reported.

The drug is meant to be a daily medication. Without it, people with ADHD have trouble completing daily tasks and finishing projects.

Prescriptions for the medication, which has an extremely high addiction potential and is often taken as a party drug, have soared in recent years.

The explosion of prescriptions coincides with the rise of telehealth companies such as Cerebral and Done Health, which gained a foothold in the healthcare industry during the pandemic.

The companies have come under fire lately for overprescribing practices after former employees reported feeling pressure from higher ups to dole out the medication without adequate time to make a diagnosis.

In the face of scrutiny from the public and the Drug Enforcement Administration,  Cerebral has stopped tele-prescribing many controlled substances, including for ADHD, but Done Health continues to do so.

Covid-like virus is found lurking in bats in southern China

BBC journalist, 30, ended up combating for her life in hospital with sepsis