The risky procedure, made famous by celebrities such as Kim Kardashian and Cardi B, was shunned by the British Association of Aesthetic Plastic Surgeons in 2018 after of a spate of deaths.

Despite the British moratorium, hundreds of women still went abroad to get BBLs at a cheaper price, despite it being even riskier.

Surgeons in the UK are now instead encouraged to do superficial gluteal lipofilling (SGL).

This is, effectively, a lighter version of BBL but differs in that the fat is only injected below the skin.

For comparison, a BBL can see fat injected directly into the muscles of the buttocks themselves, giving them a larger, curvier form.

But while doing so, surgeons can accidentally inject the fat into the bloodstream —which can cause potentially deadly blockages. 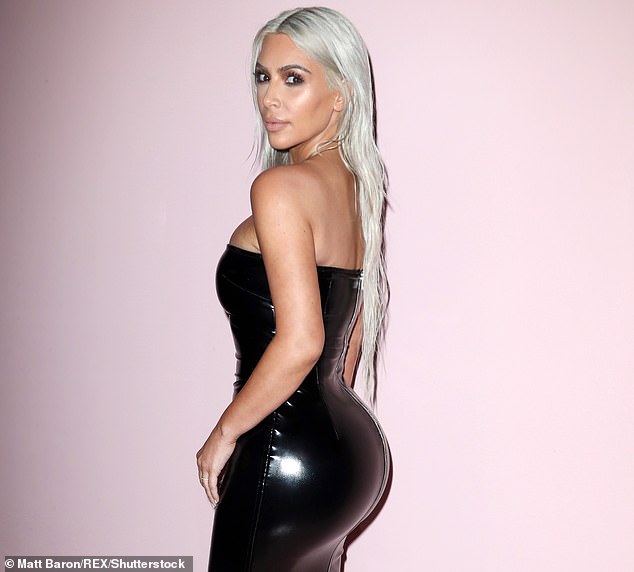 BBLs explosion in popularity has been made attributed to the appearance of celebrities like Kim Kardashian, pictured here in 2017 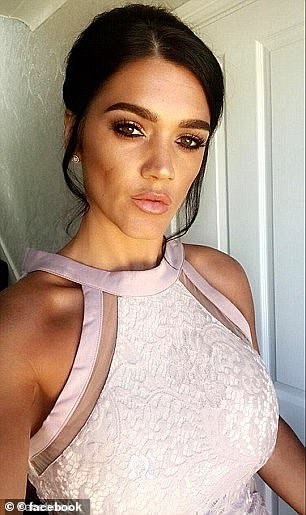 The dangers of BBLs were thrust into the spotlight after the death of Leah Cambridge, 29, who died from a fat clot caused by the surgery in Turkey

It is unclear how much the procedure will cost, but a BBL can be upwards of £7,000 in the UK.

BAAPS said its advice had changed because all reports of death from BBLs have been in procedures where fat was injected into the muscle layer, and therefore closer to blood vessels.

The new toned-down BBL approved by BAAPS aims to cut down on the risks and was based on four years of research.

While the procedure will still give people a curvier figure, it will not provide the same results as a BBL due to the fat not being injected as deeply.

BAAPS issued a moratorium urging its members not to carry out BBLs in the wake of Ms Cambridge’s death.

BAAPS president Marc Pacifico said the new guidelines, circulated to the the body’s 350-plus membership, will result in safer outcomes for patients.

‘The deaths recorded with BBL have all had breeches of the fascia (a thin casing of connective tissue between the skin and muscles) with fat injected into the muscle,’ he said.

‘So, it’s no to BBL but yes to Superficial Gluteal Lipofilling (SGL) where the fascia is not compromised.’

However, he added that the BAAPS was still concerned about the number of Britons risking their lives flying out to get BBLs overseas.

While there is no confirmed number of Britons going abroad for BBLs, thousands of people fly-out each year as part of medical tourism.

At least 20 Britons have died after going under the knife in Turkey alone since the start of 2019. 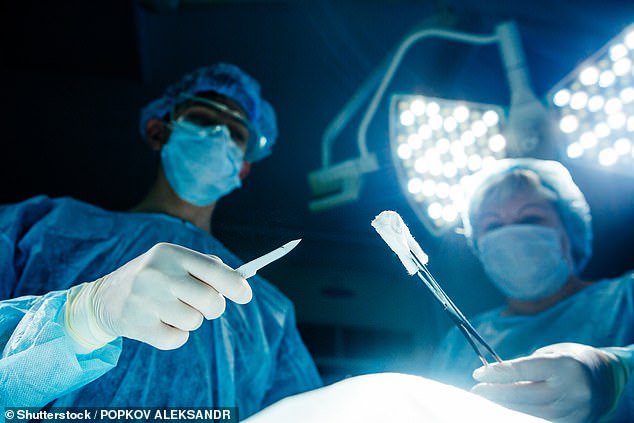 ‘An increasing number of UK based patients are continuing to seek this procedure by surgeons not on the GMC Specialist Register or by venturing abroad,’ Dr Pacifico said.

‘There is a concern regarding higher risk of exposure to risks and complications, like sepsis, poor techniques, deep vein thrombosis, and pulmonary embolism.’

Dr Pacifico said he hoped the new guidelines would encourage Britons to undergo the procedures in the UK where surgery was safer.

Concerns about BBLs peaked in the UK following the death of Ms Cambridge, a mother-of-three, in August 2018.

The 29-year-old died from a a blood clot after paying £6,500 in cash to get a BBL at Elite Aftercare in Izmir, Turkey.

Her father, Craig Cambridge, 51, killed himself in April 2021, with an inquest earlier this year attributing his suicide, in part, to his daughter’s death.

While research at the time of Ms Cambridge’s death put the death risk of a BBL at one in 2,500 operations, this has since been revised downwards to one in 15,000.

Dozens of stories of Britons dying or suffering from infections and other surgical complications following their operation have arisen in the past few years.

But BAAPS said all deaths from BBLs have been recorded in cases where fat was injected into the muscles.

BBLs are one of the fastest growing forms of cosmetic surgery, with the number of procedures estimated to be growing 20 per cent year-on-year.

As part of its new guidelines, BAAPS emphasised surgeons should ensure a patient seeking that perfect ‘hourglass figure’ is presented with ‘realistic expectations’.

‘This is particularly important given the current widespread availability of material online, via social media and images on mainstream media that might exaggerate realistic outcomes,’ it stated.

WHAT IS A BRAZILIAN BUTT LIFT? AND HOW IS IT DIFFERENT TO AN SGL?

A Brazilian Butt Lift uses fat transferred from other areas of the body, such as the love handles, hips or stomach, to provide patients with a fuller derriere.

Clinics report the procedure, which costs between £6,500 and £10,000, has seen more than a 50 per cent increase compared to five years ago.

The procedure’s nickname was coined in 1996 after Dr Leonard Grossman was filmed performing fat transfer surgery on a patient from Brazil.

The surgery takes anywhere from one to two hours to perform. The amount of downtime ranges from one to three weeks, plastic surgeons claim.

1. Liposuction to remove fat from abdomen/hips/thighs

3. Fat is injected into buttocks

HOW DOES A SGL DIFFER FROM A BBL?

A Superficial Gluteal Lipofilling (SGL) is like a BBL in that it uses fat from elsewhere in the body to make the buttocks appear curvier.

However, a SGL only injects fat below the skin.

In comparison BBLs go deeper into the muscles themselves, which raises the risks of the procedure.

An SGL doesn’t provide the same results as a BBL but is considered safer.

HOW TO PREPARE FOR A BBL:

Higher than most operations – currently estimated to be one in 15,000.

There are two major risk factors that can make a BBL fatal:

4. Final shape will take months or a year to form

Fewer than HALF of nursing residence residents updated with Covid photographs