Bureaucratic bloat in healthcare costs the US economy $570BILLION a year, report finds

Administrative waste in healthcare costs the US economy more than half a trillion dollars each year, a report has found.

Health Affairs, a leading health policy journal, estimates that $570billion is squandered annually on administrative costs and bloat related to billing and insurance.

This wasteful spending makes up anywhere from 7.5 per cent to 15 per cent of all healthcare costs in the US.

The report uses data from 2019 – before the Covid pandemic. Researchers fear the amount of wasteful spending only increased over the past two years.

The US spends more than triple Germany does on healthcare for each member of the population, and has 44 per cent more administrative staff than Canada.

Despite this, there is no data showing that these increased expenditures lead to higher quality care or better patient outcomes. 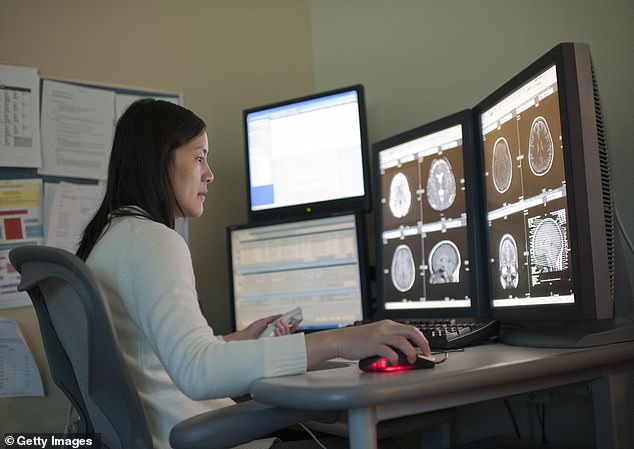 Administrative costs make up nearly a third of US healthcare spending in America – and half of the spending is wasted and unnecessary, a new report finds (file photo)

The research team gathered data from seven analyses of healthcare spending in America spanning from 1999 to 2019 for their study, published last week.

This is more than double the spending by the average developed peer nation, which averages 8.8 per cent spending.

It is estimated that the spending now makes up nearly 20 per cent of the US GDP.

This figure was expected to be reached until 2028 – highlighting the acceleration in spending caused by the pandemic.

This includes costs paid out to insurance companies, industry middle-men and to fund billing and other departments within health systems.

Writing in the report, the researchers said: ‘Even at the lower end of estimates, US spending on administrative costs annually accounts for twice the spending on care for cardiovascular disease and three times the spending for cancer care.’

While some of this spending is needed to properly run a healthcare system, around half of it is unnecessary, researchers found.

In total, the US spends around $1,055 per person each year in administrative health care costs, researchers wrote.

Germany, for comparison, only spends $306 per head – a third of America’s total.

This can be attributed to the large amount of administrative staff working in America.

There are 44 per cent more administrative staff in the US than Canada, the report finds.

Physicians are bearing some of the administrative burden as well, spending 13 per cent of work time of tasks unrelated to care.

A review of studies over the two-decade span found that up to half of this work was unnecessary, and that resources used for it were being wasted. 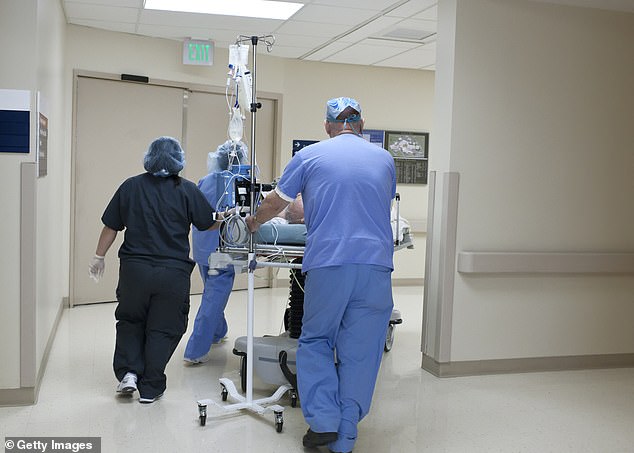 Researchers say in a briefing that massive shifts to US healthcare would be necessary to help reduce the burden of over-spending.

They say that standardized rates for hospital services could be a start.

Under the current system, the amount a procedure costs could vary greatly depending on the hospital, health system, and even based on a patient’s insurance.

This leads to both insurers and health providers needing dedicated staff just to negotiate prices.

The research team proposes all-payer rate setting, which would set uniform costs for hospital services across the board and cut out much of the administrative burden.

They also recommend centralizing billing systems at a singular clearinghouse responsible for tackling claims from insurers and providers across the US.

This would reduce the need for each individual health system to spend so much on their own billing staff, which is less efficient than a central system.

Health Affairs researchers also recommend scaling back the system of prior-authorizations, where a health insurer decides whether care offered by doctors is necessary.

The system is widely criticized as it removes medical decision making power from doctors treating the patients and gives it to insurance actuaries.

While a person is still allowed to receive treatment without insurers approval, they will have to pay for it out-of-pocket on their own.

It can create large delays in medical care being administered and further jam up and already backed-up health system.

Soldier, 45, misplaced HALF of his penis after bungling medical doctors misdiagnosed his most cancers thrice