Incredibly rare moment baby girl is born INSIDE her amniotic sac in a one in 80,000 event

Incredibly rare moment baby girl is born INSIDE her amniotic sac in a one in 80,000 event

Incredible images have captured an extremely rare case of a baby being born while still inside their amniotic sac.

The heavily pregnant Naiara Santos needed a caesarean to deliver her twin daughters. 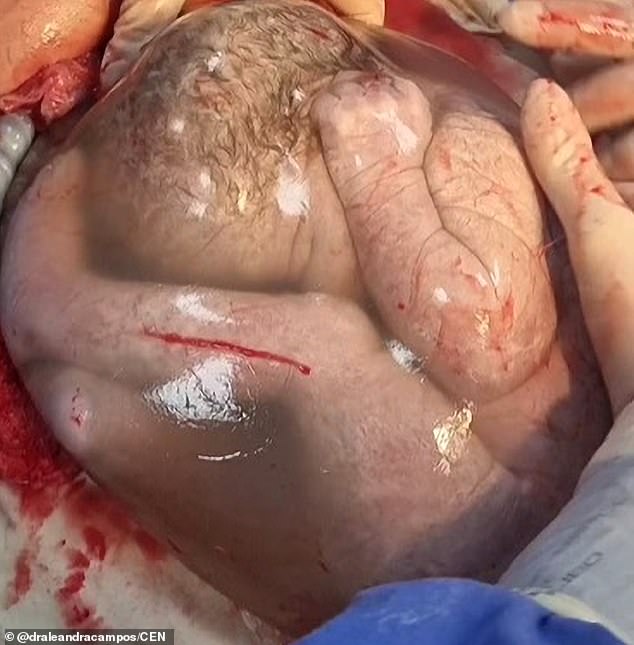 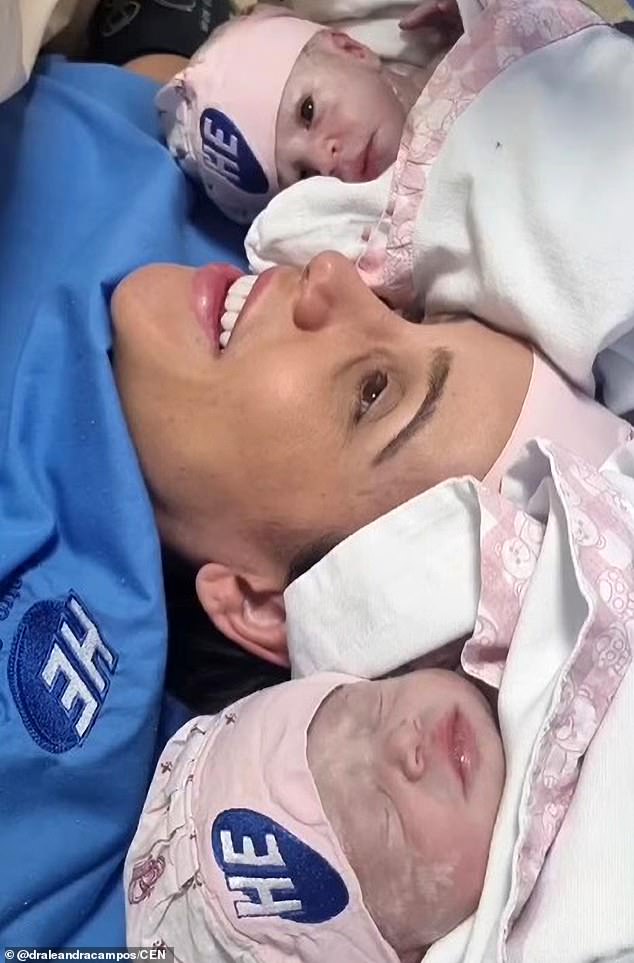 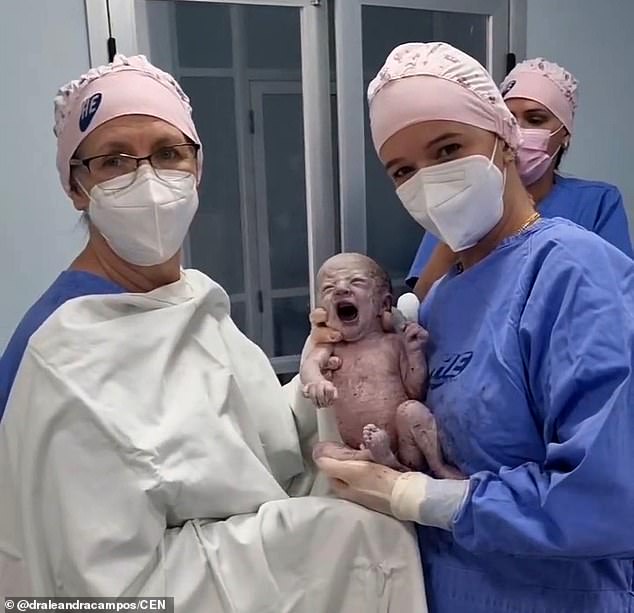 Obstetrician Leandra Campos (right), who delivered the twins, described the event as ‘magical’ with little Isabella looking like she was ‘sleeping’ in her amniotic sac 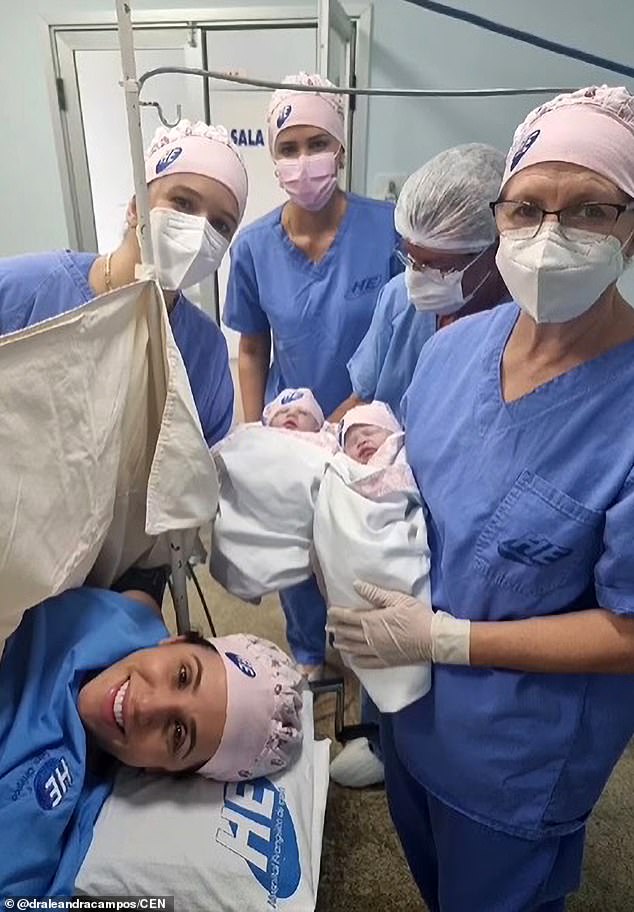 While the first twin Rafaella was born normally, doctors were stunned when her sister Isabella emerged still inside her amniotic sac.

Known as an en caul birth, this phenomenon occurs in fewer than one in 80,000 deliveries.

This is because the fluid-filled membrane usually breaks as a mother is about to go into labour – a process colloquially known as the ‘waters breaking’.

‘Because before we burst the sac, the baby was right there sleeping, without needing to breathe, receiving everything through the umbilical cord.’

She added: ‘I’ve done other en caul births, but this was the first time with the baby in the breech position. These births are rare.

‘You need to have a lot of technique for them to come out still inside the sac. And this is how we can see how they sit inside the belly before they are born.’

Ms Santos and daughters have stayed in the hospital since the birth but were expected to be discharged soon.

During a pregnancy with twins each baby can have their own individual amniotic sac.

One is that babies are somehow destined for greatness or will be lucky in life — with many historical figures said to have been born in this fashion.

Another bogus belief is that those born en caul can never drown.

The amniotic sac is the jelly-like bag of fluid that encases the foetus. It’s made of two membranes, the amnion and the chorion.

Though thin, it is robust, holding an increasing amount of fluid throughout gestation, including the foetus’s urine.

In an ‘en caul’ birth, the main priority is to break the sac to allow the baby to breathe, since as they may no longer have oxygen supplied from being inside their mother.

What is an en caul birth?

An en caul birth is when a baby is born with the amniotic sac intact.

The amniotic sac is a jelly like container filled with fluid that helps cushion the baby from bumps and scrapes during pregnancy.

It normally bursts during labour however on very rare occasions it can remain intact.

Estimates put the number of en caul births as one in every 80,000.

It is more common in C-section deliveries where babies are pulled out of the womb via surgery than by vaginal delivery.

The phenomenon is also more common in premature babies as they are smaller with the sac less likely to burst during birth as a result.

After being a born en caul a doctor will carefully break open the sac to release the baby.

Being born en caul is not believed to be dangerous for a baby.

FIFTEEN kids have died from Strep A in Britain this winter