Ballooning rates of congenital syphilis in deep blue California may be tied to extensive homelessness and poverty in the state.

California is facing a crisis of rising rates of congenital syphilis, which occurs when infection spreads from mother to baby in utero.

The state has the sixth-highest rate of congenital syphilis in the US, with rates increasing annually.

The 2020 tally in California far outstripped the state’s stated goal of keeping congenital syphilis numbers below 9.6 cases per 100,000 live births.

Rates of infection have grown hand-in-hand with the state’s homelessness problem.

The last year that California measured its homelessness population was in 2020 when officials reported more than 161,000 people were unhoused, an increase of about 16 per cent from 2007. 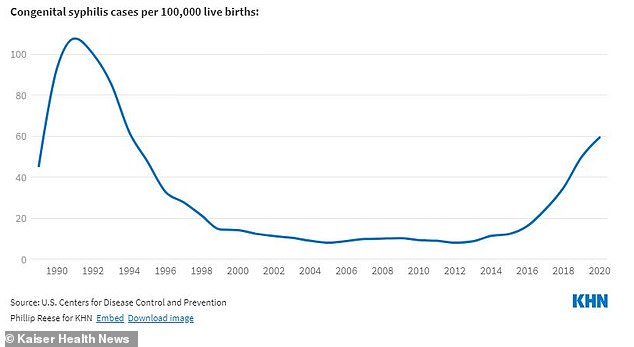 Cases of congenital syphilis are climbing nationwide, according to federal tracking. In 2020, over two thousand babies born in the US were confirmed to have been born with it, the highest case count since 1994. 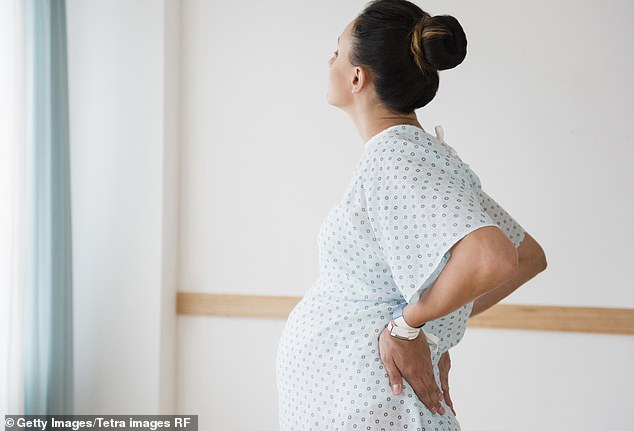 Rising instances in California of mothers passing syphilis on to their unborn babies has also coincided with increased rates of methamphetamine use as well as a growing homelessness crisis. 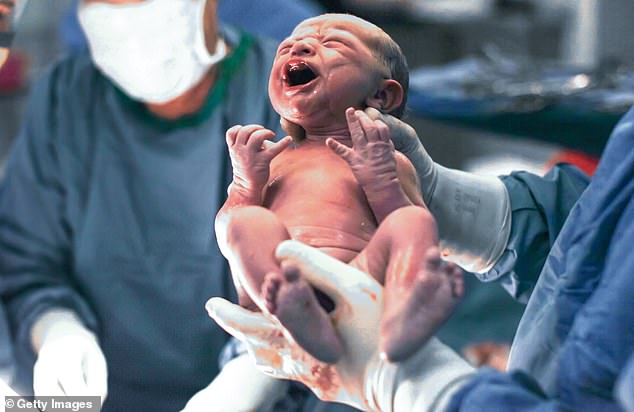 Homeless people are at high risk for sexually transmitted infections such as human immunodeficiency virus (HIV) infection and syphilis.

People without a roof over their heads often experience co-occurring health issues due to a lack of access to consistent, affordable care.

They also face premature mortality associated with untreated or unmonitored conditions including syphilis in many cases.

The problem stems from entrenched racial and socioeconomic disparities that keep impoverished people from accessing the care they need.

Syphilis is a sexually transmitted disease that if left untreated can cause a wide range of severe health issues such as meningitis, brain damage, paralysis, hearing or vision loss, and cardiovascular problems.

Rising instances of mothers passing syphilis on to their unborn babies has also coincided with increased rates of methamphetamine use in the state.

Authorities at the Centers for Disease Control and Prevention (CDC) reported on the link between a spike in syphilis cases and meth use in 2019.

Experts at the CDC found that between 2013-2017, the rate of syphilis cases in heterosexual men and women who also use methamphetamine or injectable drugs more than doubled.

The rate of congenital syphilis cases in the US overall has swelled.

In 2020, over two thousand babies born in the US were confirmed to have been born with it, the highest case count since 1994.

Women of childbearing age made up a disproportionately high share of syphilis infections confirmed by the state. Younger women are a high-risk group, as are men who have sex with men.

The syphilis rate among that group was 53 times higher than the state’s 2020 goal.

What is congenital syphilis and why is it on the rise?

Inadequate prenatal care is the best predictor for congenital syphilis

Racial and economic disparities has made quality, affordable reproductive care difficult to access

In California specifically, which is seeing an exponential increase in CS cases, infection have grown hand-in-hand with homelessness rates

Infants born with syphilis often face devastating outcomes. Infection can lead to premature birth, deformed bones, enlarged liver, brain and nerve problems such as blindness or deafness, and death in up to 40 per cent of cases.

For years, instances of syphilis had become more and more scarce.

The CDC reported in 2000 that cases overall had fallen to an all time low, ‘continuing a decade-long decline that places elimination of this sexually transmitted disease within closer reach.’

But rather than continue a relatively steady decline, rates climbed throughout the 2000s.

An uptick in syphilis cases nationwide reflects a severely underfunded public health system which has made hiring the requisite staff and field nurses to make sure pregnant women with syphilis are receiving treatment.

Infections rates for some STDs, including gonorrhea and syphilis, have been rising for years. Cases of syphilis, the CDC said, have risen 26% since last year.

Contact tracing consists of determining where and with whom an infected person has been and then contacting those places and people to inform them of the exposure.

It proved useful during the Covid pandemic, though years of skimping on health department budgets meant it took a long time for officials to get contact tracing efforts off the ground.

The Democratic-run state legislature appropriate $30 million in the state’s most recent budget to combat syphilis and congenital syphilis.

That figure fell far short of the $49 million that legislators originally proposed. Still, it represents the largest investment in combatting STDs in state history.

After COVID-19 cases tripled over the holiday, Chinese cities are imposing fresh lockdowns

Hidden toxins in your favourite meals and treats REVEALED