Scientists are probing a mystery cluster of cancer cases in a tiny Alabama town where it is feared residents may have been drinking toxic water.

Rates of the 16 forms of the disease are markedly higher than the national average in Fruithurst, which is home to little over 430 people.

Experts stumbled upon what could turn out to be a major public health disaster after surveying a random sample of homes as part of a five-year study.

Of the 533 homes in the local school district surveyed from 2017 to 2021, 218 reported at least one cancer diagnosis in the family.

The most common types of cancer reported were melanoma, lung, colorectal, and lymphoma.

The chief culprit is believed to be the now-shuttered ProBlend rubber making plant that sits about a mile south of the elementary school.

Contaminated soil and water samples around the plant, as well as lackluster oversight of the plant by Alabama Department of Environmental Management, have made ProBlend suspect number one among Fruithurst residents.

The tiny town has recorded higher-than-average rates of 16 types of cancers, most notably melanoma, lung, and colorectal. 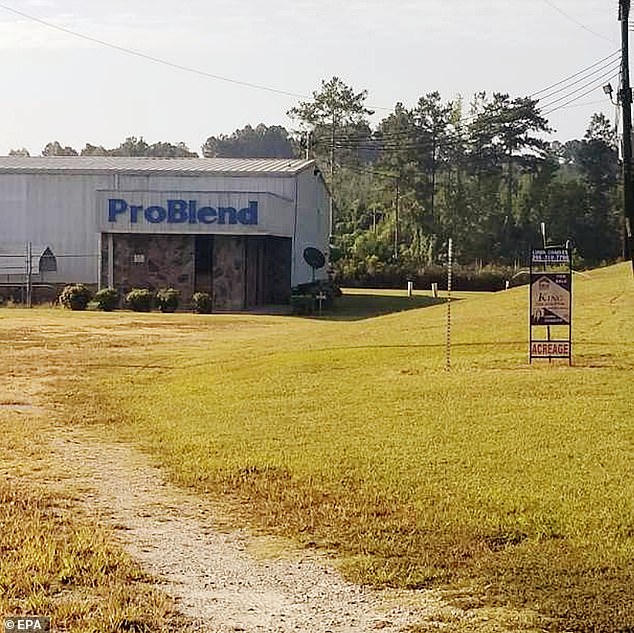 The now-shuttered rubber making plant ProBlend has been linked to higher-than-normal concentrations of contaminants in the town’s well water. 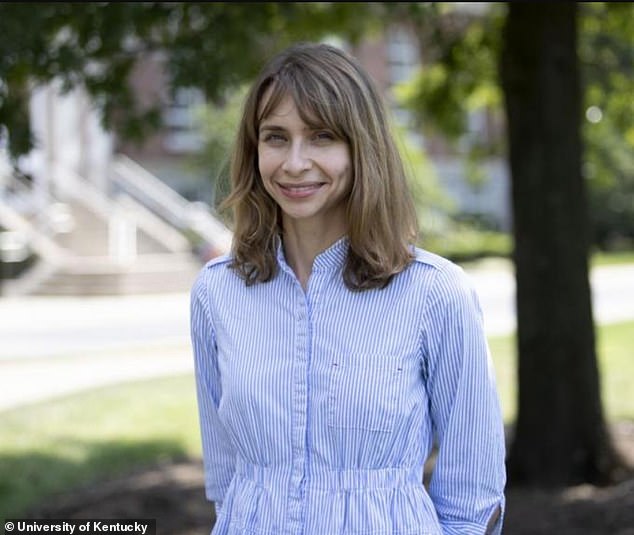 Dr Loka Ashford, co-author of the study, said her team’s analysis of water and soil samples in Fruithurst uncovered exceptionally high concentrations of contaminants like lead, arsenic, and radon.

Other types of cancer diagnosed in Fruithurst at higher rates than the national average include bone, brain, breast, cervical, leukemia, liver,, lung, lymphoma, ovarian, and pancreatic.

When five children were diagnosed with various forms of cancer between 2014 and 2017, local Fruithurst Elementary School principal Christy Hiett went on the hunt for a cause.

She created the grassroots group Cleburne Cancer Concerns which relied on GoFundMe contributions and grant money to pay for the well water and soil testing.

Ms Hiett said, ‘When children started being diagnosed with leukemia, people in the community looked to me for answers.’

‘I became passionate about this issue because it was impacting children, and children are my passion. This tugged at my heart greatly.’

Hiett convened a team of scientists from the University of Kentucky, Auburn University, and University of Alabama to study samples of soil and water in the town from 2017 to 2021. Their findings were published in the journal Environmental Justice.

The team also relied on extensive interviews with the households in the town affected by the higher-than-normal prevalence of cancer.

What is causing increased rates of cancer in Fruithurst?

A cluster of cancer cases in children in Fruithurst, Cleburne county, Ala. alarmed a local teacher into action

Soil and well water samples showed presence of many contaminants including radon, arsenic, lead, and zinc

The soil samples taken in 2017 were close to dumping sites, the Problend rubber making facility, a nearby railroad, and one leukemia patient’s residence.

They considered underlying risk factors such as smoking, in vitro ingestion of well water, and patient medical history in their analysis of the samples.

Dr Loka Ashwood at University of Kentucky’s Department of Sociology said, ‘Communities are gatekeepers of the most important knowledge to take on cancer clusters.’

‘They can and should be incorporated into research,’ she added.

The prevalence of melanoma and lung cancer in the town compared to the national rate was particularly alarming, 6.7 times and 9.2 times the national average, respectively.

The group of sociologists and geoscientists discovered the presence of heavy metals, volatile compounds, and carcinogens in many of the town’s wells which many people relied upon for water.

Some of the contaminants found at elevated levels in the water and soil samples included carcinogenic bis(2-ethylhexyl) phthalate (DEHP), lead, the pesticides naphthalene and caprolactam, radon, and zinc.

Dr Ashwood said, ‘We identified a relationship between pesticide exposure and the drinking of well water as statistically significant in a model of environmental exposures.

The soil samples taken in 2017 were close to dumping sites, the Problend rubber making facility, a nearby railroad, and one leukemia patient’s residence.

Scientists are linking the environmental contamination to the now-shuttered Problend plant. DEHP is a common industrial chemical used in the production of plastics or rubber.

Residents of Fruithurst have successfully banded together to begin remedying the situation. Houses that were unable to connect to the less-polluted municipal water system were given reverse-osmosis water filtration systems.

Researchers will continue to collect soil and water samples in order to better understand the quality of Fruithurst’s groundwater and its link to illegal dumping sites and the rubber factory.

Why girls ought to work-out within the MORNING