The boss of NHS England has allegedly described the services’ financial situation as a ‘f****** nightmare’ at a closed meeting.

After the colourful description of the NHS’s finances she added the situation was being tackled at a national level and shouldn’t impact performance and they shouldn’t be distracted by it, according to the Health Service Journal (HSJ).

Her comments come amid dire predications that the nation’s soaring inflation will cost the NHS an extra £7billion next year. 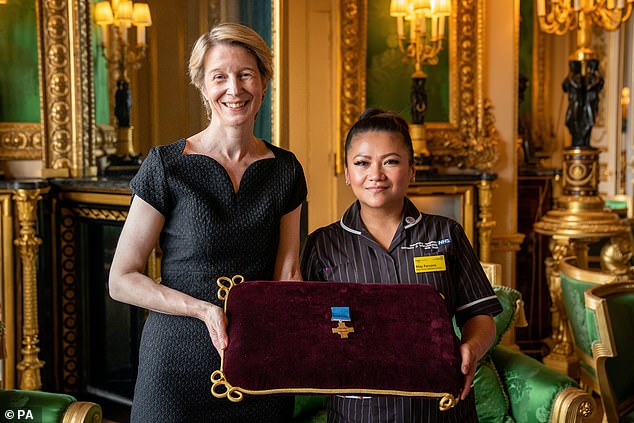 She also is said to have told local NHS leaders that the health service ‘must not conclude with defeatism’ despite the multiple pressures facing the system.

Her comments were made on the same day it was revealed that more than 7million people in England are now waiting for routine NHS ops such as hip and knee replacements.

According to reports, Ms Pritchard’s expletive descriptor of the situation, alongside reassurances, was well received.

One local CEO told HSJ it was a ‘brave and impassioned speech’ and sensed frustration from Ms Pritchard about what the situation meant for the NHS’s ability to tackle health inequalities and prevention.

The twins born with DIFFERENT pores and skin colors… they usually grew in separate wombs!

Sex’s sore factors… Most frequent accidents beneath the sheets REVEALED