Pfizer’s flagship Covid drug can have dangerous interactions with common medications, a review has found.

Paxlovid gained emergency use authorization in the US in December last year as an antiviral drug to treat mild to moderate Covid in high-risk patients.

It has been given to millions of vulnerable Americans with underlying health conditions — reducing their risk of death by up to 90 per cent.

But Paxlovid can cause serious health problems when coupled with common heart disease medication such as statins and blood thinners.

Researchers from Lahey Hospital and Medical Center, Harvard Medical School and other US institutions  found the Covid drug can increase the risk of developing blood clots when taken with blood thinners.

It can also cause an irregular heartbeat when combined with drugs for heart pain and when taken alongside statins it can be toxic to the liver.

Dozens of medications such as aspirin are safe to take with Paxlovid,  the researchers stress. But doctors need to be aware that other drugs can be dangerous and should be discontinued or adjusted while a patient is being treated for Covid.

Pfizer’s CEO Dr Albert Bourla, 60, also took a course of Paxlovid when he caught the virus in August 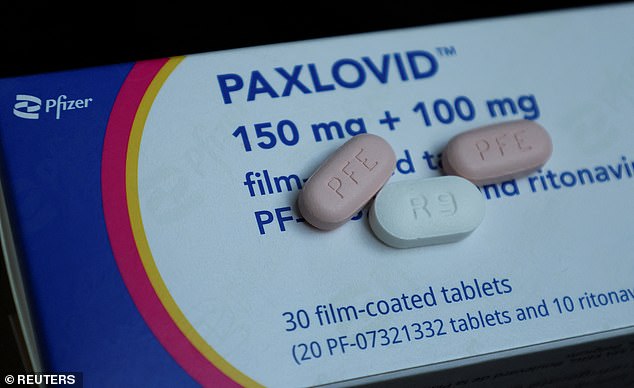 The anti-viral drug is intended for use by patients who are considered likely to become seriously ill from the deadly virus, such as elders and people with pre-existing conditions like heart disease 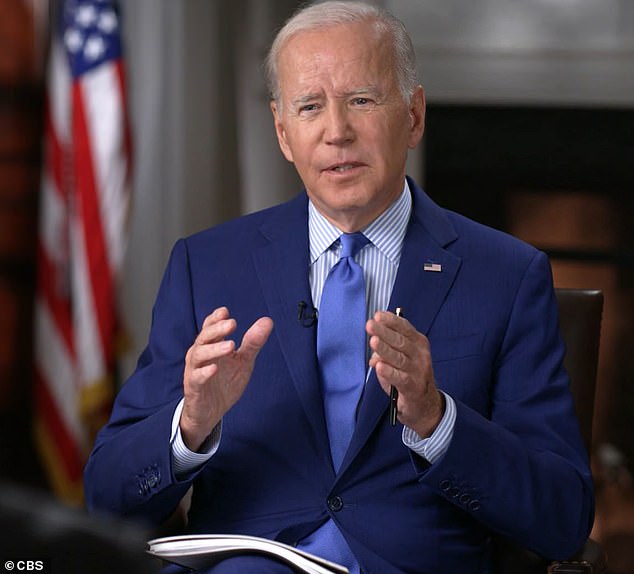 When President Joe Biden, 79, tested positive for Covid and started Paxlovid in July, his physician temporarily stopped him from taking the statin Crestor and stroke prevention drug Eliquis

Dr. Sarju Ganatra, director of the cardio-oncology program at Lahey Hospital and Medical Center in Massachusetts, said: ‘Awareness of the presence of drug-drug interactions of Paxlovid with common cardiovascular drugs is key.

‘The prescription of Paxlovid could be incorporated into an order set, which allows physicians, whether it be primary care physicians or cardiology providers, to consciously rule out any contraindications to the co-administration of Paxlovid.

‘Consultation with other members of the health care team, particularly pharmacists, can prove to be extremely valuable.

‘However, a health care provider’s fundamental understanding of the drug-drug interactions with cardiovascular medications is key.’

Paxlovid is made of two antivirals, nirmatrelvir and ritonavir.

Dr Dan Barouch, director of the Center for Virology and Vaccine Research at Beth Israel Deaconess Medical Center in Boston, who was not involved in the new paper, told CNN: ‘The second drug, ritonavir, is a nonspecific drug that inhibits metabolism and increases the dose of the other drug.

‘But the ritonavir in Paxlovid also can inhibit the metabolism of other drugs. So you have to be really careful when you prescribe Paxlovid for people who are on certain blood thinners, cardiac medications, statins and other drugs,” Barouch said. “So it’s not just a free pass.’

Paxlovid is intended for use by patients who are considered likely to become seriously ill from the deadly virus, such as seniors and people with pre-existing conditions like heart disease.

Millions of doses have been prescribed to Americans since it was rolled out this year.

WHICH COMBOS CAUSE THE WORST SIDE EFFECTS?

Five of the most important cardiovascular drug interactions with Paxlovid to be aware of include:

Antiplatelet agents are used for the treatment of coronary artery disease, particularly if a patient has received a stent. Aspirin and prasugrel are safe to co-administer with Paxlovid. There is an increased risk of blood clots when Paxlovid is given alongside clopidogrel and an increased risk of bleeding when given with ticagrelor. When possible, these agents should be switched to prasugrel. If patients have contraindication to taking prasugrel, then co-administration of Paxlovid should be avoided and alternative COVID-19 therapies should be considered.

Co-administration of simvastatin or lovastatin with Paxlovid can lead to increased plasma levels and subsequent muscle weakness (myopathy) and rhabdomyolysis, a condition in which the breakdown of muscle tissue releases a damaging protein into the bloodstream. These agents should be stopped prior to initiation of Paxlovid. A dose reduction of atorvastatin and rosuvastatin is reasonable when co-administered with Paxlovid. The other statins are considered safe when given along with Paxlovid.

Plasma concentration of ranolazine, used to treat angina and other heart-related chest pain, is exponentially increased in the presence of CPY450 inhibitors like Paxlovid, thereby increasing the risk of clinically significant QT prolongation and torsade de pointes (a type of arrhythmia). Co-administration of Paxlovid is therefore contraindicated. Temporary discontinuation of ranolazine is advised if prescribing Paxlovid.

The plasma levels of immunosuppressive agents prescribed for patients who have undergone heart transplantation exponentially rise to toxic levels when co-administered with Paxlovid. Temporary reduction of dosing of immunosuppressive agents would require frequent monitoring and be logistically difficult. Therefore, alternative COVID-19 therapies should be considered in these patients.

Counting energy IS king with regards to reducing weight – NOT fasting, examine finds

Paw-some! Owning a canine could minimize danger of youngsters getting eczema, examine suggests