A report co-authored by disgraced scientist Dr Peter Daszak has claimed there is ‘no evidence’ Covid was created in a laboratory.

The international group of scientists say the virus likely jumped to humans at the animal slaughter market at the epicenter in Wuhan.

They cite recent studies which found the majority of early cases visited or had links to stalls in the southwestern corner of the market, where animals that can harbor Covid were sold for meat or fur at the time.

Writing in the report, the authors said: ‘The Task Force finds no verifiable or credible evidence to support the possibility that SARS-CoV-2 was created in or released from a laboratory.’

But there will be questions about the impartiality of the report given Dr Daszak’s links to the Chinese lab at the center of the pandemic.

His EcoHealth Alliance research organization funneled US taxpayer money into the Wuhan Institute of Virology to carry out risky research on bat-borne coronaviruses.

The British zoologist also tried to cover-up serious inquiry into the laboratory’s role in the pandemic.

He and fellow infectious disease experts Ralph Baric and Linfa Wang circulated a statement that was later published in The Lancet in which 27 prominent scientists from nine countries to strongly condemned ‘conspiracy theories suggesting that COVID-19 does not have a natural origin.’

In a leaked email from 2020, Dr Daszak appeared to express gratitude to Dr Anthony Fauci, chief medical advisor to the US President, for downplaying the theory that the Covid-19 was created in a lab. 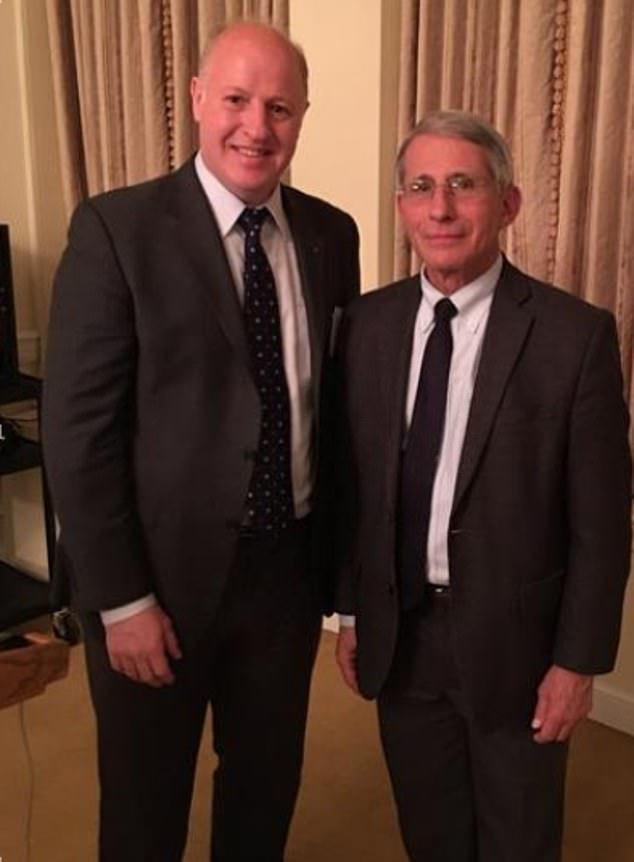 Dr Peter Daszak (left) pictured with Dr Anthony Fauci (right). A leaked email from 2020 showed Dr Daszak seeming to express gratitude to Dr Fauci for downplaying the theory that the Covid-19 was created in a lab in Wuhan, China 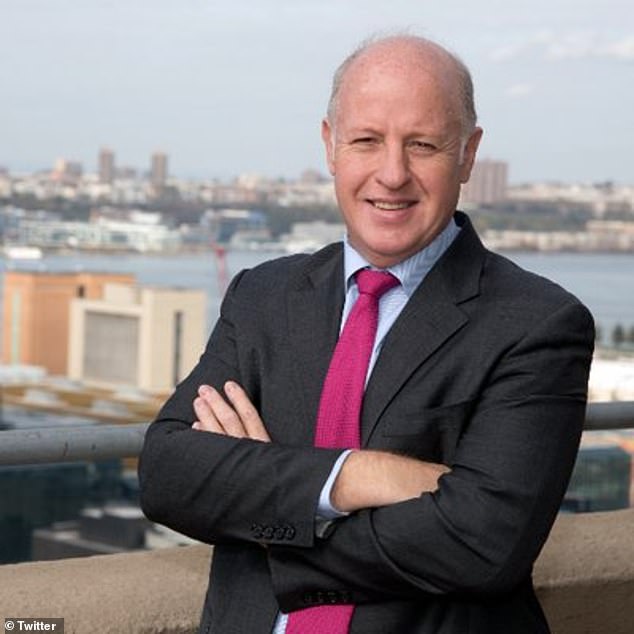 The scientists carried out a literature review, interviews with other scientists and had lengthy discussions to create their report.

The report, ‘Pandemic Origins and a One Health Approach to Preparedness and Prevention: Solutions Based on SARS-CoV-2 and Other RNA Viruses’, contained findings on the origin as well as how to prevent future outbreaks.

Animal viruses, including coronaviruses, have been picked up by humans for years, it said.

US health officials have given a hugely controversial research organization another $650,000 (£580k) grant to experiment on Covid-like viruses – despite fears similar risky work may have actually sparked the pandemic.

Such research, known as ‘gain of function’, can see viruses deliberately engineered to become more dangerous to humans.

EcoHealth Alliance’s five-year experiment will investigate ‘the potential for future bat coronavirus emergence’ in Asia, with scientists set to trawl caves in Myanmar, Laos and Vietnam in the hunt to prevent another viral crisis.

The grant was awarded last month by the National Institute of Allergy and Infectious Diseases (NIAID), which is still ran by Dr Anthony Fauci.

Dr Fauci is known to be close to Dr Daszak, who thanked the American Government’s departing chief medical adviser for downplaying theories that Covid may have been created in a lab.

EcoHealth Alliance is said to have received $60million (£53.5m) in federal cash over the past decade. Some of this money was funneled straight to the Wuhan Institute of Virology.

The risk of a pandemic rises when people and animals intermingle in new settings, driven by factors such as the wildlife trade.

The report took into account new scientific evidence that Covid spread from bats and was picked up by people in the Huanan Seafood Market in Wuhan, China, in December 2019.

The report emphasizes: ‘The task force finds no verifiable or credible evidence to support the possibility that SARS-CoV-2 was created in or released from a laboratory.’

The task force also looked at scientific findings before and during the pandemic, as well as previous virus outbreaks similar to Covid, to locate key intervention points to stop animal to human transfer.

They turned this into recommendations to halt or reduce a future outbreak, and if needed, to respond swiftly to stop regional or global spread, using a One Health approach.

This is a collaborative method working at local, nationals and global levels to get the best health outcomes by recognizing the connections and shared environments between people, animals and plants, and includes things like learning from indigenous knowledge.

The report recommended that ‘smart surveillance’ should be used to pick out potential high-risk pathogens, focusing on areas where people, wildlife and domestic animals mix.

There should be incentives to keep human-animal contact to a minimum in rural locations and commercial markets, it added.

Commenting on the report, Dr Daszak said: ‘As climate change, land use patterns, and the growing wildlife trade in certain regions continue to create opportunities for zoonotic spillover of emerging infectious diseases, the solutions in this report have crucial implications for the global community for years to come.

‘We must learn from past pandemics to prepare for success in anticipating, mitigating, and responding effectively to future pandemics.’

Previously, Dr Daszak’s EcoHealth Alliance has used the Wuhan Institute of Virology in research, particularly in gain-of-function research in which organisms are genetically altered.

The report was published in the Proceedings of the National Academy of Sciences.

A 2020 study by the University of Cambridge found that one in four Americans and Brits think that Covid being engineered in a laboratory is a ‘reliable claim’.

A more recent YouGov poll from 2021 found that 58 per cent of Americans think the pandemic’s origins lie in a Chinese laboratory.

This has increased from 49 per cent when YouGov first posed the question in May 2020.

Around a quarter think Covid was released from a laboratory on purpose, while 18 per cent believe it escaped by accident.

Only 13 per cent agreed that it occurred naturally and evolved into a human virus.

Always shedding your keys? Try getting a liked one to jangle them subsequent to your head when you SLEEP