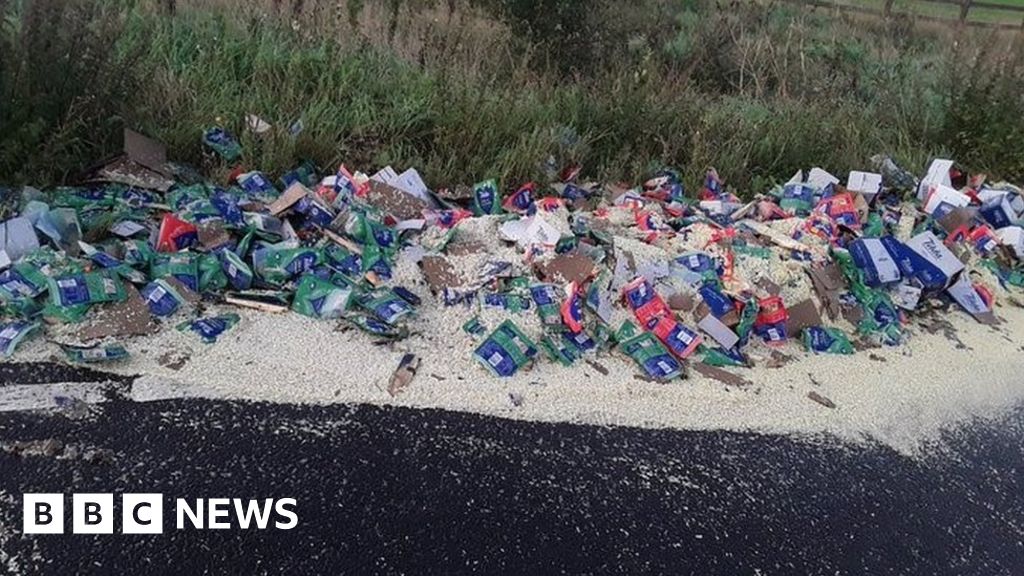 .css-14iz86j-BoldText{font-weight:bold;}Rice fell off a lorry and closed a motorway after grains stuck in the tarmac made lanes “dangerously slippery”.

Five pallets fell on to the westbound carriageway of the M4 near junction 16 Swindon west and 17 Chippenham at about 02:00 BST.

The motorways was closed until until 05:15 and lanes one and two will be resurfaced before it is “safe enough” for traffic, Highways England said.

Closures will remain across the day.

Things to keep in mind before buying smartwatch

Coronavirus: Seventy schools to run summer classes for some pupils

Fact check: This mosque is from MP, not Mumbai

Congress ready to tie up with LF in Bengal: Adhir