Villarreal could be forced to let wonderkid Yeremy Pino go for a cut price this summer after manager Unai Emery revealed the player ‘will have to leave’ if a suitable bid is made.

Arsenal are currently favourites to land the Spaniard after submitting a £33million bid – less than half his contracted release clause.

Speaking at Villarreal’s press conference ahead of the start of the new La Liga season, Emery said: ‘If an offer arrives for players like Yeremy Pino, then he will have to leave. 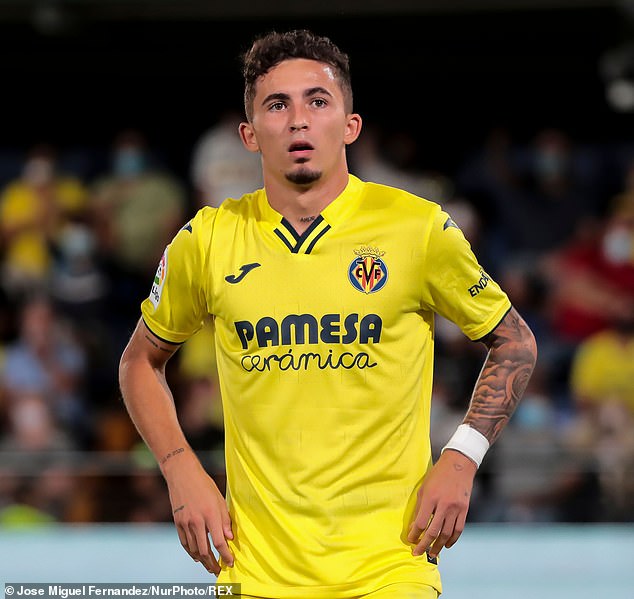 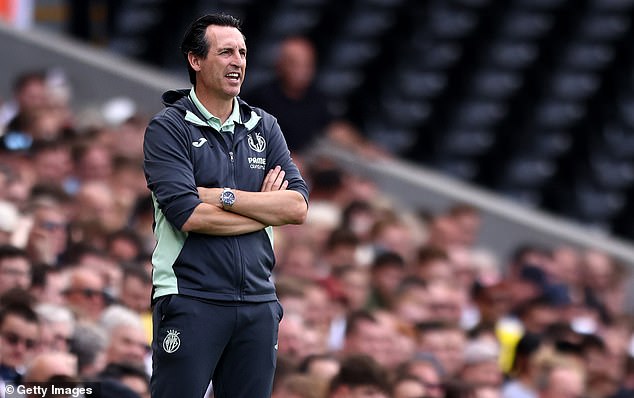 ‘We have a responsibility with the club. It is what it is.’

The latest revelation gives Emery’s former club a boost that a deal may be imminent for the talented winger who bagged six league goals last season as Villarreal finished seventh in La Liga. 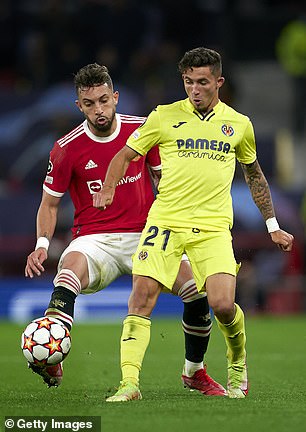 Pino is no stranger to Premier League opposition

They were then beaten by Liverpool as Jurgen Klopp’s side went on to lose in the final against Real Madrid.

Economic problems at the club mean that the 19-year-old could be one of a host of players set to depart as the transfer window prepares to slam shut at the end of August, with Villarreal seeking to bolster their finances.

Pino is one of the Spanish league’s most exciting prospects and Liverpool were also interested in the youngster, but Arsenal are the first club to make a move and could soon announce their capture of the youngster.

Mikel Arteta has spent heavily this summer but wants to add further attacking reinforcements after Arsenal’s failed attempt to land Raphinha who went on to join Barcelona.

Villarreal had been expecting big offers for star players Arnaut Danjuma and Pau Torres this summer but now face the prospect of losing their upcoming star after deals for the mentioned stars failed to materialise.