By Marcus Townend for the Daily Mail

10 years after the great Frankel scorched up the York straight in the Juddmonte International to deliver arguably his greatest performance, Baaeed delivered his most spectacular run to blow away the strongest field he has faced.

Frankel, widely recognised as the best horse of the modern era, beat Farhh by seven lengths on his first try at 10 furlongs in 2012. On Wednesday, William Haggas-trained Baaeed, also attempting the mile-and-a-quarter trip for the first time, blew away 2021 International Stakes winner Mishriff by six and a half lengths.

In another repeat of Frankel’s great day, the Knavesmire crowd starting applauding as one in acknowledgement that they were watching something special as Baaeed galloped on. 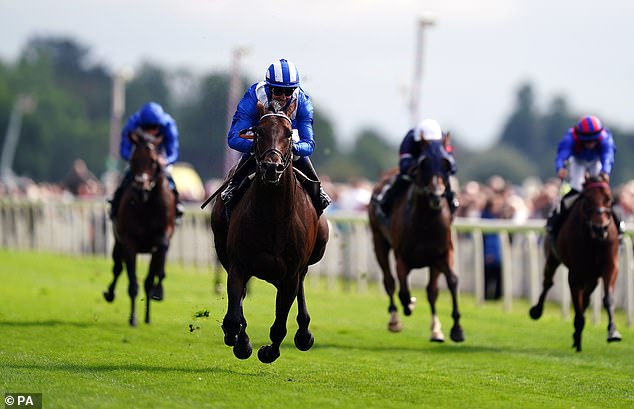 Going into the race, Baaeed was already being hailed as the best racehorse on the planet, having notched up nine straight wins with clinical efficiency. What he had lacked was a performance to take the breath away. We got it here in run No 10.

Haggas admitted he had woken at 1.30am after a nightmare in which Baaeed’s tack had slipped off. Instead, what the Newmarket-based Yorkshireman got was his dream scenario.

Haggas said: ‘It was spectacular. I am glad now that everyone will believe in him. We think he is fantastic and have done for some time. Sure, I have been slow to get him up in trip but he has been so dominant at a mile. This was the perfect opportunity.

‘Rarely in a high-class race like this do you see a horse appear on the bridle with two furlongs to run looking like he could go at any time.’

Jockey Jim Crowley conceded he had been keen to let the spectators see what Baaeed could do, adding: ‘I just gave him a little bit of a stretch-out. There has been no point in the season for me to give this horse a hard race. Everything has been focused on today and it was perfect.’

Aidan O’Brien’s High Definition paid the price for trying to make the race a test of stamina and finished last of six. Charlie Appleby’s Irish 2,000 Guineas winner Native Trail was in trouble early and finished fifth, leaving 100-1 shot Sir Busker to pick up the £107,600 third prize. 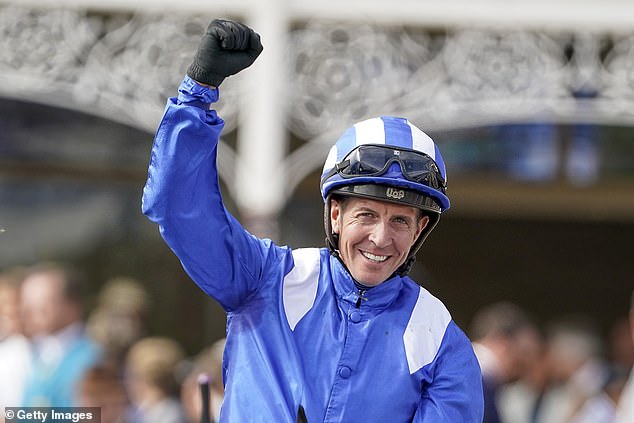 Despite getting 5-4 quotes for the mile-and-a-half Prix de l’Arc de Triomphe, Haggas said there would be no deviation from the plan to give Baaeed, who races in the Shadwell Stud colours of the late Sheik Hamdan Al Maktoum, his 11th and final race in the 10-furlong Champion Stakes at Ascot on October 15.

The only blot on Haggas’s day was a £140 fine after a rash was seen on Baaeed before the race by a BHA vet.

Not hiding his irritation, the trainer said: ‘The vet saw some spots on his neck which he thought were ringworm. I can assure you Baaeed did not leave the yard with any spot anywhere and when I went to saddle him I couldn’t find one.

‘It was unnecessary and I hope they don’t think we don’t know what we are doing. It was probably a heat rash.’