‘The greatest announcement in football HISTORY’: Burnley’s hilarious unveiling of Nathan Tella – featuring a spoof of Bruce Forsyth’s Generation Game – has fans in stitches as his loan from Southampton is confirmed

Fans have been left in stitches after Burnley‘s ingenious announcement video for new signing Nathan Tella.

The 23-year-old has joined the Clarets on loan from Southampton, and was announced in a video posted on Twitter that parodied Bruce Forsyth‘s Generation Game.

In the final few seconds of the video, the narrator says ‘Some tasty paella… and Burnley’s new signing Nathan Tella,’ as the midfielder is revealed lying down on a sofa on the famous conveyor belt. 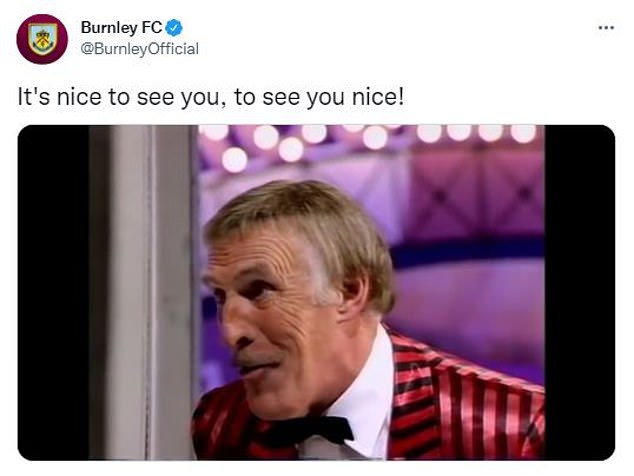 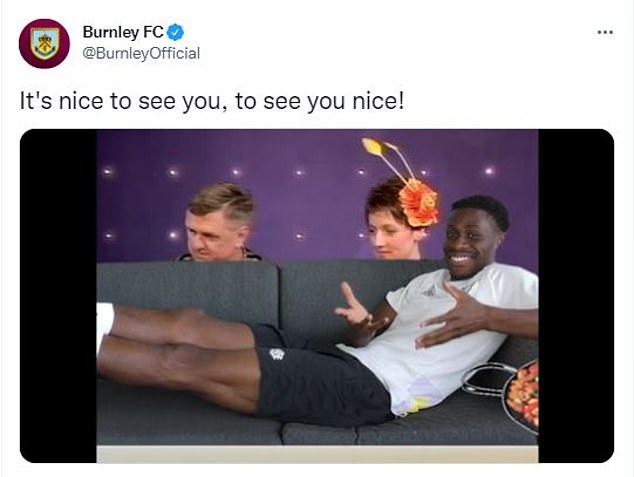 One fan called it ‘The greatest announcement ever’, while another hailed the ‘most valuable 48 seconds of my life.

‘I now have what I need to embark on a journey into space in search for new life on a habitable planet.’ 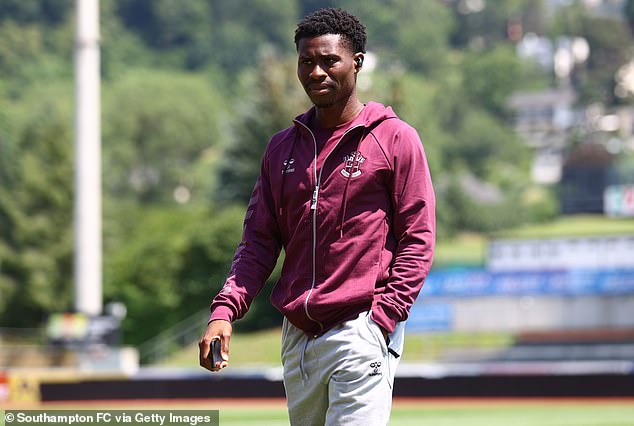 There were some who felt the video complicated things, though, as one supporter commented: ‘I’m still non the wiser who they have signed.’

Aside from the fanfare around his announcement, Tellla could prove a valuable signing for Burnley as they gun for a return to the Premier League.

He has been a rotation player for Southampton in the past couple of years, but still racked up 33 Premier League appearances.