Christian Eriksen was booed by Brentford fans during Manchester United‘s trip to west London as he faced his old side for the first time since snubbing the Bees for a move to Old Trafford.

The Dane became United’s second new arrival under manager Erik ten Hag after signing a three-year deal at Old Trafford – having chosen not to extend his stay at the Brentford Community Stadium.

And the home fans at their Premier League clash made sure their feelings were known by the midfielder – as they proceeded to boo him throughout. 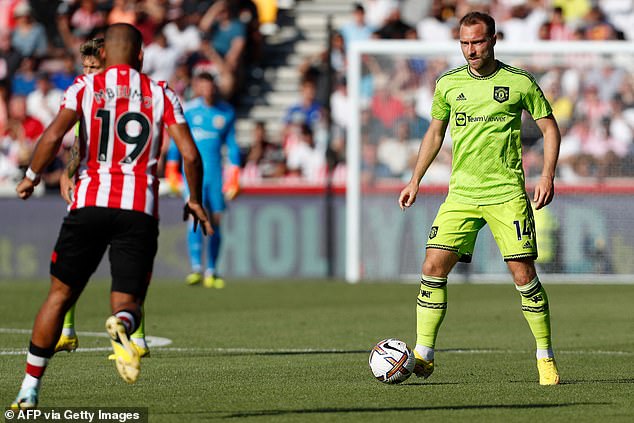 Eriksen gave the ball away for Brentford’s second goal as the Dane was caught sleeping by Mathias Jensen, who made no mistake in finding the back of the net.

The 30-year-old could only watch on as Josh Dasilva, Ben Mee and Bryan Mbuemo also got in on the act to give the home side a stunning 4-0 lead at the break.

At points during the opening 45 minutes, the home fans could be heard singing: ‘Christian, what’s the score?’, as Brentford raced into a four-goal lead.

Eriksen spent the 2021-22 season with the London-based side ion his return to Premier League football after he suffered a cardiac arrest on the pitch while playing for Denmark at Euro 2020. 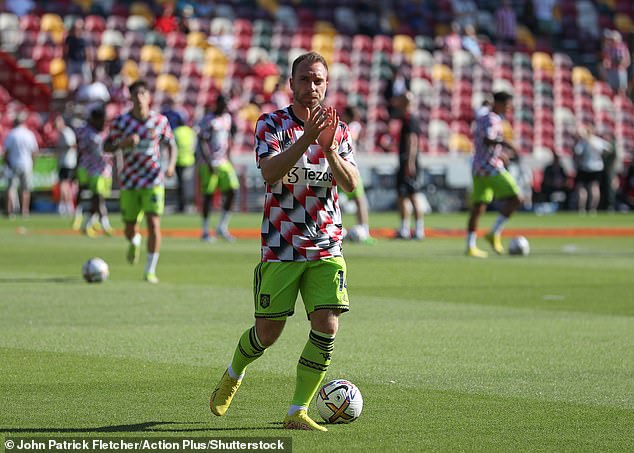 He recorded four assists and one goal in the top flight and proved to be one of their most vital assets as he helped ensure Thomas Frank’s side solidified their place in the Premier League.

Despite a successful time at Brentford, Eriksen opted for a summer switch to Old Trafford as part of Ten Hag’s new era in charge of the club.

He told the club website: ‘Manchester United is a special club, and I cannot wait to get started. I have had the privilege of playing at Old Trafford many times but to do it in the red shirt of United will be an amazing feeling.’