By Richard Gibson for the Daily Mail

The final throes of England Lions’ crushing victory over South Africa on Friday delivered contrasting fortunes to the back-up bowlers in the first Test squad.

While Craig Overton was forced from the field at Canterbury having sent down just 10 deliveries on the fourth morning, after experiencing stiffness in his back, Ollie Robinson made a mockery of fitness issues that have kept him off international fields for eight months by finishing the innings-and-56-run win stronger than he started it.

Paul Collingwood, the Lions’ acting head coach, said of Overton’s withdrawal: ‘We will assess things over the weekend. It was a precaution coming off.’ 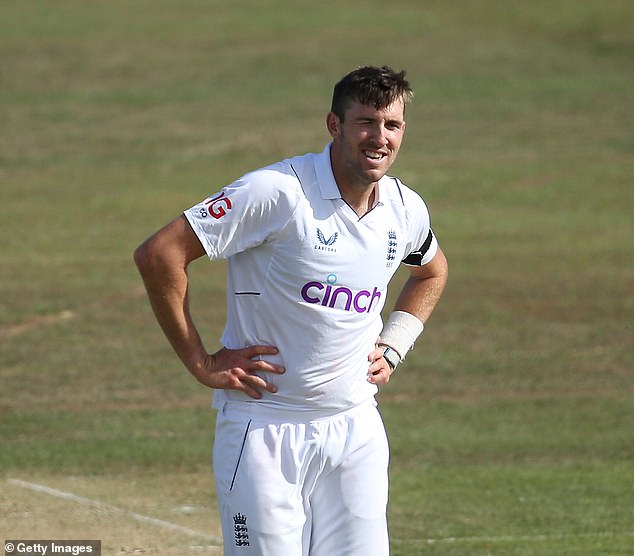 Overton had not long replaced Robinson, whose spell from the Nackington Road end suggested he is over the back spasms that have dogged him this year.

The 28-year-old finished with second-innings figures of 11-1-29-3, as he looked every inch the seam-bowling talent that burst on to the international scene with 28 wickets in five Tests last summer.

Collingwood said: ‘You have to be careful with workloads and just use common sense. What he did deliver in this game was high quality and at good intensity, so I am delighted for him.’

Overton and Robinson will now report to Lord’s as part of the 14-man senior group to take on a shell-shocked South Africa from Wednesday. 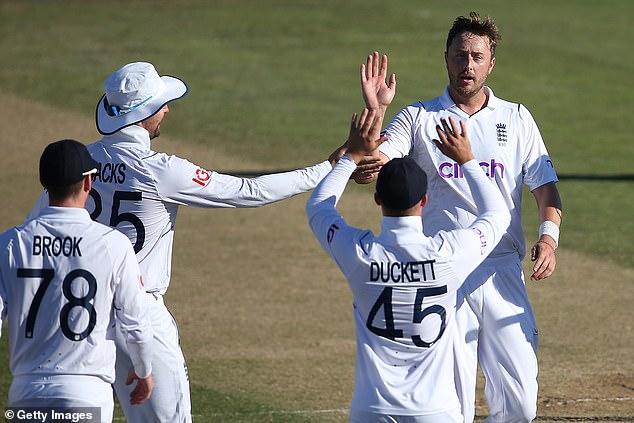 The Lions scored 672 at almost a run a ball either side of dismissing a South Africa team featuring their Test top six twice. ‘The four days couldn’t have gone any better,’ said Collingwood.

Meanwhile, ex-England player Adam Lyth has been suspended from bowling in ECB competitions following an independent assessment of his bowling action at Loughborough University.

The bowling action of Lyth, who plays for Yorkshire and Northern Superchargers, was reported as suspect by umpires in his side’s Vitality Blast semi-final against Lancashire on July 16.

Subsequent tests revealed that the elbow extension in Lyth’s bowling arm exceeded the 15 degree threshold, and he will not be permitted to bowl until he passes another assessment.

Where to watch Serie A on TV everywhere in the world: The complete guide for all countries