Cristiano Ronaldo has been selected in Erik ten Hag‘s starting XI for Saturday’s match against Brentford for the first time since announcing he wanted to leave the club.

The Portuguese legend was only on the bench in United’s dismal 2-1 home loss to Brighton before coming on as a second-half substitute.

Ronaldo comes back into the team as Ten Hag seeks a first win in the Premier League as United boss but was unable to prevent his side from slumping to a disastrous 4-0 deficit at half-time. 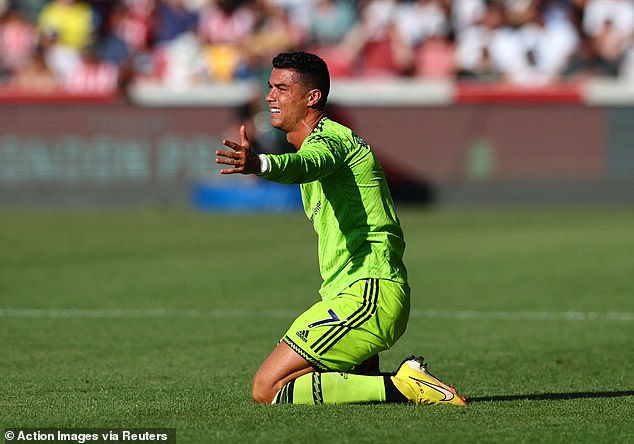 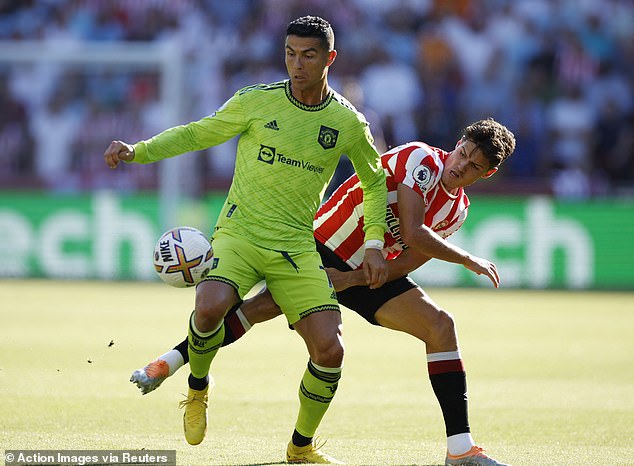 Ronaldo could only watch as an error from David de Gea allowed Josh Dasilva to open the scoring before Mathias Jensen robbed Christian Eriksen of the ball to make it 2-0, while Ben Mee and Bryan Mbeumo completed the scoring in a scarecly believable first half.

The wantaway forward informed United he wanted to leave the club earlier in transfer the window, but after several of Europe’s elite clubs distanced themselves from a potential transfer, the 37-year-old looks set to stay at Old Trafford.

Ronaldo scored 24 goals for United last season, and following a shocking home defeat last time out he finds himself back in the starting line-up with his side desperate for a win.

The Red Devils have not lost two opening games in a Premier League season since 1992-93 – when they went on to lift the title. 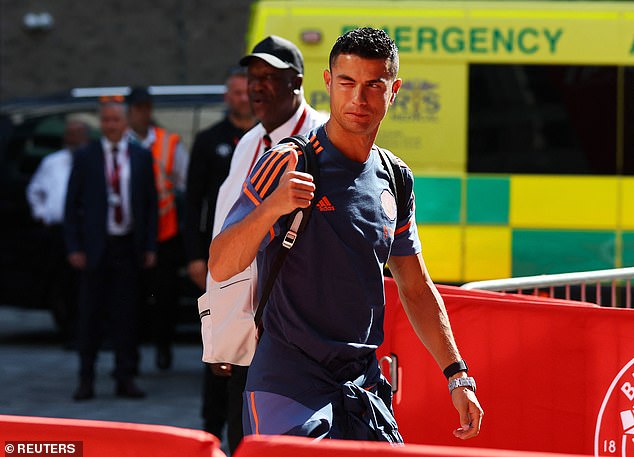 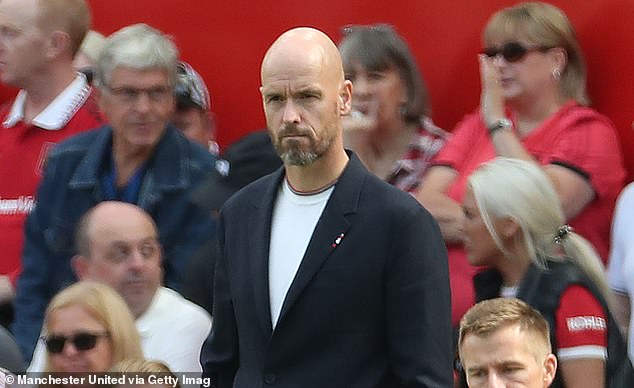 But despite Ronaldo’s presence he was barely involved in a dreadful team display from United in the first half with his only notable contribution being a shot that flew comfortably over the bar from 20 yards out.

Ronaldo lined up alongside Jadon Sancho and Marcus Rashford in a front line not short on pace.

Scott McTominay dropped to the bench, with Christian Eriksen playing in a deeper role than last time out, alongside Fred, with Bruno Fernandes in his familiar No 10 position. 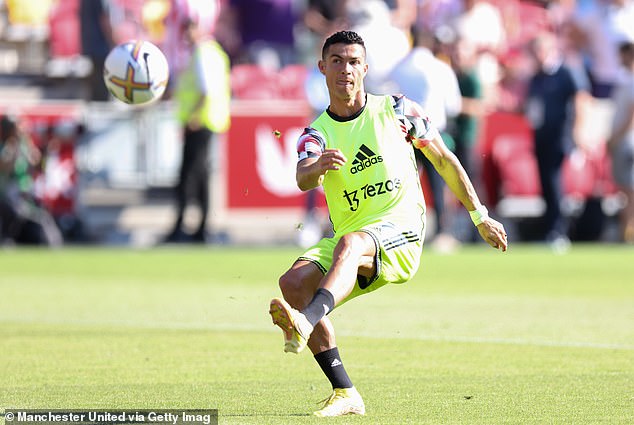 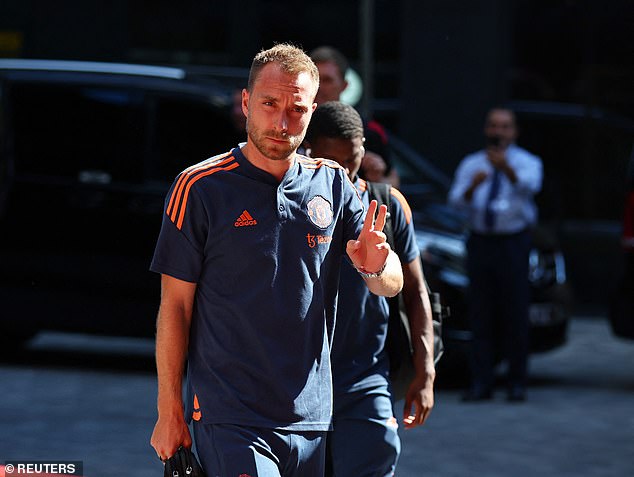 It is also Danish midfielder Eriksen’s first game back at the Brentford Community Stadium since departing the west Londoners at the end of his short-term contract lasting from January to June 2022.

With Ronaldo’s future at the club still far from certain, despite a lack of interested parties, United have been linked with a number of transfer targets which have drawn criticism from supporters. 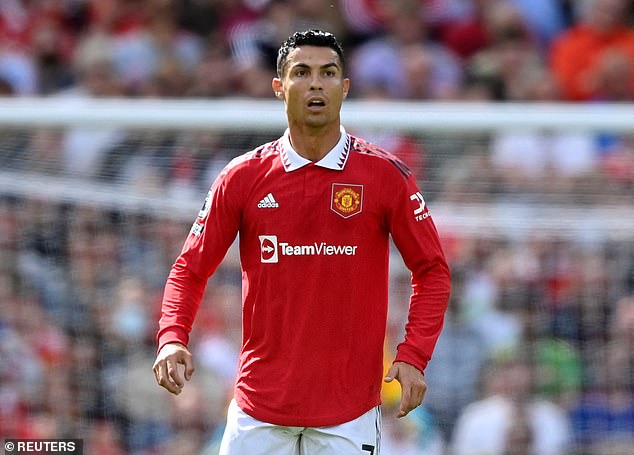 And with Anthony Martial’s future at the club also as yet unclear Ten Hag is desperately searching for a No 9 and, according to The Athletic, United are considering ex-Chelsea flop Alvaro Morata as ‘a genuine possibility’ to solve their striker problems.

The report says that United have already held talks with Atletico Madrid and have been told that the former Real Madrid man could cost nearly £30million in order to pull him away from the Spanish capital.

The 29-year-old is no stranger to the Premier League, having made 47 appearances in the competition for Chelsea, scoring 16 goals. 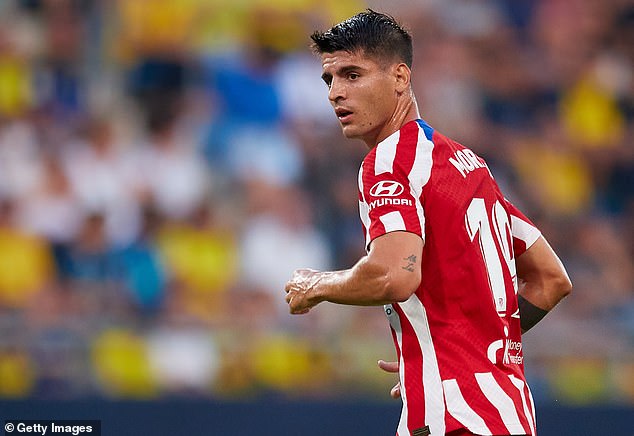