By Richard Gibson and Lawrence Booth for the Daily Mail

Dean Elgar has warned that England’s thrill-seeking style under Brendon McCullum could unravel with embarrassing consequences.

As South Africa captain, Elgar had more than a passing interest in watching the 3-0 victory by Ben Stokes‘ team over New Zealand earlier this summer and, ahead of their own Test series starting at Lord’s next week, claimed that committing to the attacking ‘Bazball’ philosophy could leave England looking foolish in the long run.

‘The new England style is quite interesting. But I don’t see that there’s longevity in brave cricket because I see things evening out over time in Test cricket,’ Elgar told Wisden Cricket Monthly. 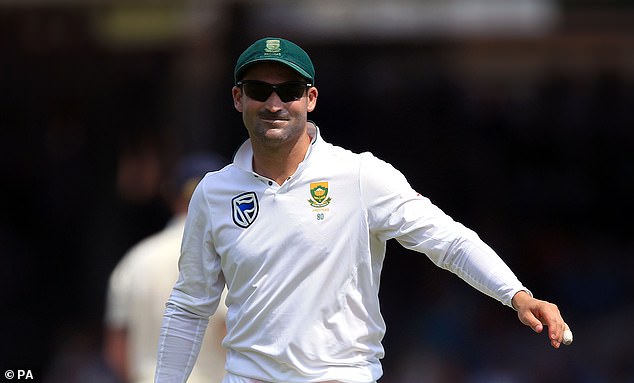 ‘There was often parity between England and New Zealand and had New Zealand taken their opportunities, and their catches, then things could have been very different. England would have come away with egg on their faces.’

Elgar’s words were delivered before the South Africans haemorrhaged runs at the astonishing rate of 5.74 per over, as England Lions produced their record total of 672 in the tour match at Canterbury.

After the tourists conceded a 239-run deficit on first innings, Elgar and opening partner Sarel Erwee were both dismissed cheaply during a stunning new-ball spell by Ollie Robinson as South Africa closed on 59 for three. 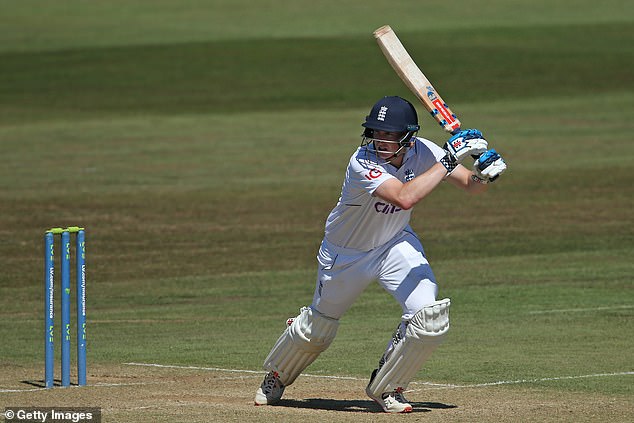 The position increases the likelihood of the Proteas heading into the three-match LV= Insurance campaign on the back of a humiliating defeat.

Earlier, overnight pair Harry Brook and Ben Duckett struck hundreds as the South Africans wilted in the heat. Brook, whose 140 featured half-a-dozen sixes, raced from 85 to a hundred in the space of six deliveries during a scintillating pre-lunch spell.

Duckett grabbed the baton upon the young Yorkshireman’s dismissal, taking advantage of being dropped three times, to reach a 113-ball hundred. Billings was going at an even quicker tempo when he fell eight short of becoming the third centurion of the innings. 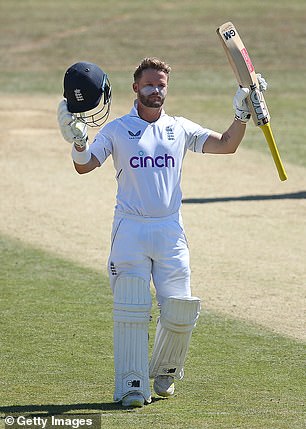 And even though wickets fell regularly to Aiden Markram’s occasional bowling during an evening session that began with the off-spinner being crunched for 19 in an over by Will Jacks, England’s second string ploughed beyond a previous high of 624 for eight against South Africa A in Paarl in 2015 courtesy of some long handle from Craig Overton, who finished unbeaten on 42 from 21.

Statistics from this match will not be included in the record books, however, after the Proteas demanded it relinquish its first-class status to maximise their practice.

No one was more pleased about that than Keshav Maharaj, South Africa’s first-choice spinner ahead of Simon Harmer.

The slow left-armer possesses an excellent record here in county cricket with Lancashire and Yorkshire but was treated with little respect and returned sorry figures of 22-0-169-1.

The one positive sight for South African eyes came at lunchtime when Kagiso Rabada, their premier fast bowler, bowled unimpaired in the middle following an ankle ligament injury. It suggested he is winning his fitness battle ahead of Wednesday’s series opener. 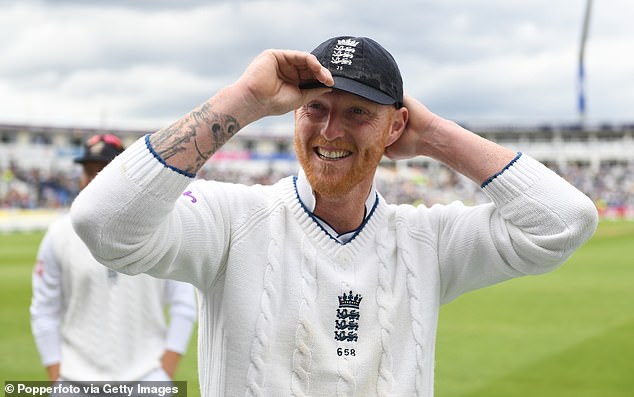 With Billings leading the Lions, Jason Roy had the honour of captaining Oval Invincibles against Northern Superchargers up the M2.

However, the change in status could not bring about a change in fortune for a player enduring the biggest slump of his career. His nought was his second in three innings of the Hundred.

But he celebrated victory thanks to the Curran brothers. After Sam Curran departed for 60, elder sibling Tom made light work of the remaining 21 needed from the final 11 deliveries to seal a three-wicket win at the Kia Oval.

Ryan Reynolds exposes why he acquired Wrexham with Rob McElhenney