Erik ten Hag has confirmed Cristiano Ronaldo is fit enough to play against Brentford but said he will make a decision over whether the 37-year-old will start on Saturday morning.

The Manchester United striker was left out of the starting line-up for Ten Hag’s first Premier League game in charge at Old Trafford – the embarrassing 2-1 defeat by Brighton.

Ten Hag decided to start Ronaldo on the bench as he said the Portuguese star was not fit enough after missing the majority of United’s pre-season campaign because of family reasons. 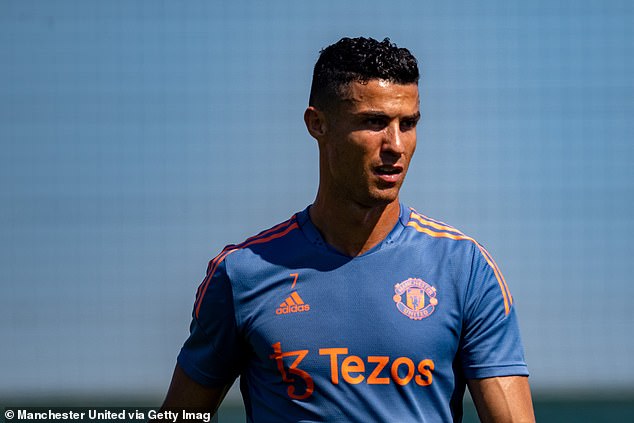 However, Ten Hag did introduce Ronaldo in the second half of the game, replacing Fred on 53 minutes. Although, he was unable to have an impact as the Red Devils failed to find an equaliser.

Ten Hag was asked in his pre-match press conference whether Ronaldo was fit enough to feature for United on Saturday against Brentford.

The United manager confirmed he had trained well during the week but refused to say whether Ronaldo would start their second Premier League fixture. 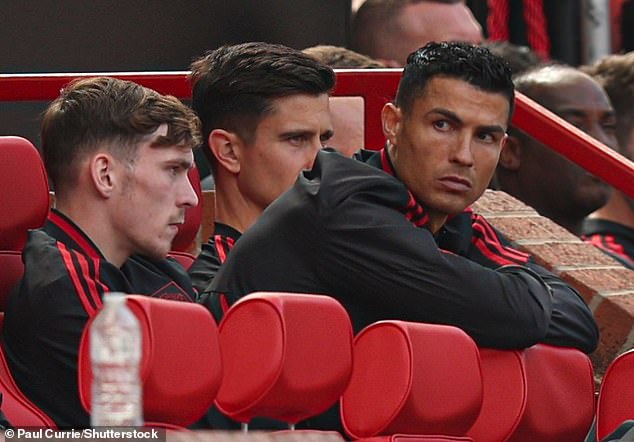 Speaking about Ronaldo, Ten Hag said: ‘He had a good training week. He played a bit longer than half an hour so he has two half games. 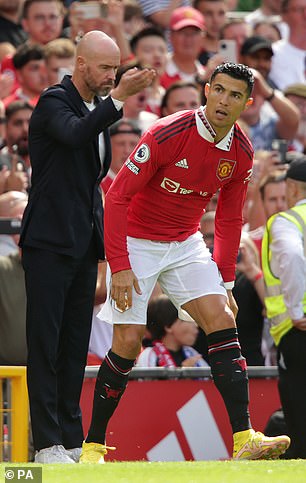 Ten Hag went on to add: ‘We will see tomorrow [Saturday] about starting 11 o’clock. It’s my decision and I keep it.’

Should Ronaldo once again be named as a substitute on Saturday, it will mark the first time since 2005 that the five-time Ballon d’Or winner has been benched in consecutive Premier League games for United.

Ten Hag also confirmed that Anthony Martial and Victor Lindelof would be missing from the United squad due to injury.

The United manager went on to dismiss any chance of Marcus Rashford leaving to join Paris Saint-Germain.

Ten Hag said: ‘He’s a really important player, you have seen from the first day I’m here, I’m really happy with him. I don’t want to lose him, he’s definitely in our plans at Manchester United.’

United suffered a disappointing defeat in their opening game of the 2022-2023 Premier League season. 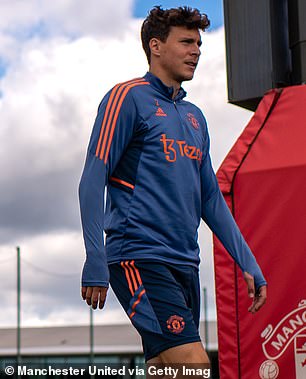 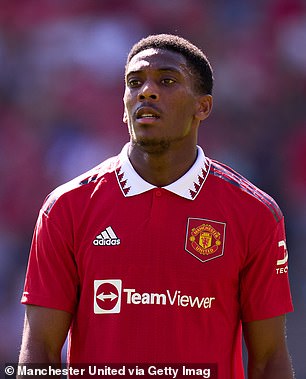 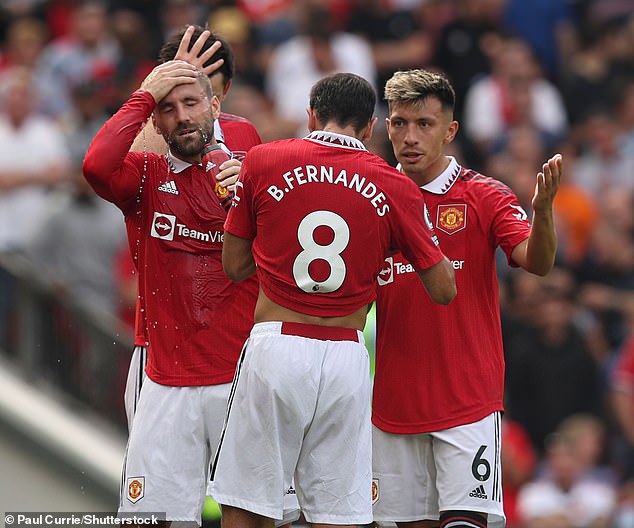 They were beaten 2-1 at home to Brighton. Ten Hag admitted he was disappointed with the result but said it is ‘normal’ to lose when you are starting a ‘new’ playing system.

When asked about how they were going to learn from the Brighton defeat, Ten Hag said: ‘What I always do after every game: I analyse the game, what went well, what went wrong, where can we improve, what do we have to improve, how we can train and we tell the players and show them how to improve to get solutions.

‘We learned a lot but I think it’s normal, when you start the season, that part is the same, the team get together, the way we’re playing, new start and you make mistakes, football is a game of mistakes. We know we have to improve in many things, clear.’