‘All that hype and pressure getting to him’: Kylian Mbappe ‘shocking attitude’ stuns fans as he seems to STOP RUNNING when nobody passes to him in PSG’s 5-2 win over Montpellier

Kylian Mbappe has been slammed on social media after he appeared to stop running during a Paris Saint-Germain‘s counter attack in Saturday’s 5-2 win over Montpellier.

The French giants have started the campaign brightly under new manager Christophe Galtier by winning both their opening two Ligue 1 matches and scoring an impressive 10 goals.

Superstar Mbappe opened his account for the season in the second-half of their latest win, despite looking a frustrated figure for most of the match. 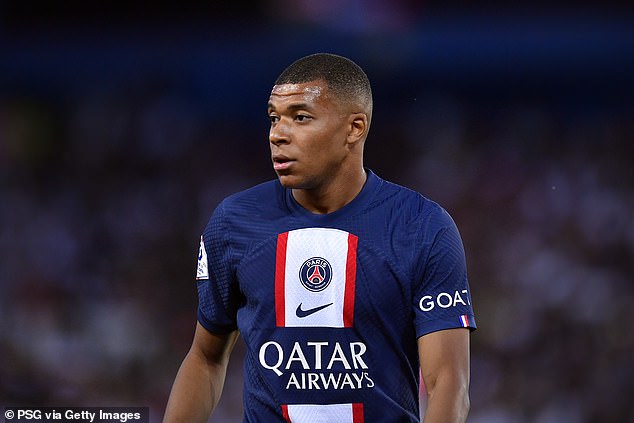 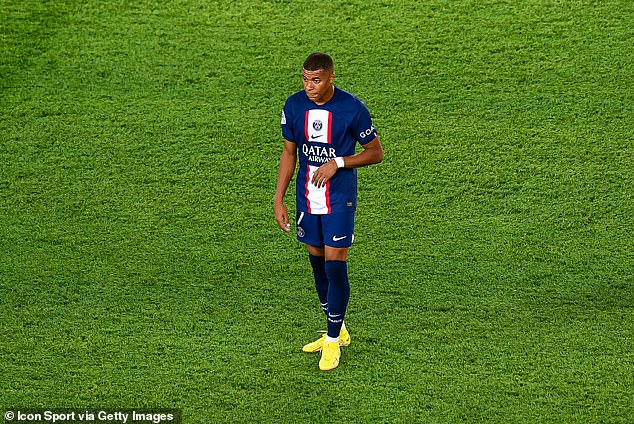 The 23-year-old had a penalty saved with the scores level at 0-0 and just before half-time, it seemed as though Mbappe threw a strop when PSG had a glorious chance to go 3-0 ahead.

Vitinha brought the ball out from the back and had the option of passing to Mbappe on the left or Lionel Messi on the right.

PSG’s new midfield signing opted to go out wide to Messi, which saw French international Mbappe throw his hands up in the air and slow down.

Achraf Hakimi ended up putting his shot wide, but there was clearly space for a winger to dart into on the opposite flank, where Mbappe could have found himself if he had kept running forward on the counter attack.

Fans were furious with the attitude shown by the 2018 World Cup winner and took to social media to share their views.

One fan said: ‘Did yall see that??? Counter-attack. Vitinha gets Messi the ball. Mbappe stops running and walks to the left like he doesn’t want to be involved.

A second posted: ‘Yep, his attitude sucks in this game. All that hype and pressure getting to him. People can’t handle pressure like @neymarjr.

A third added: ‘Mbappe throws a strop, stops running and misses the chance of an easy tap in…….. great player, shocking attitude!!!

Another tweeted: ’23 years old with this attitude. He’s never gonna make it to the top. If I was the manager I would have subbed him off immediately.’ 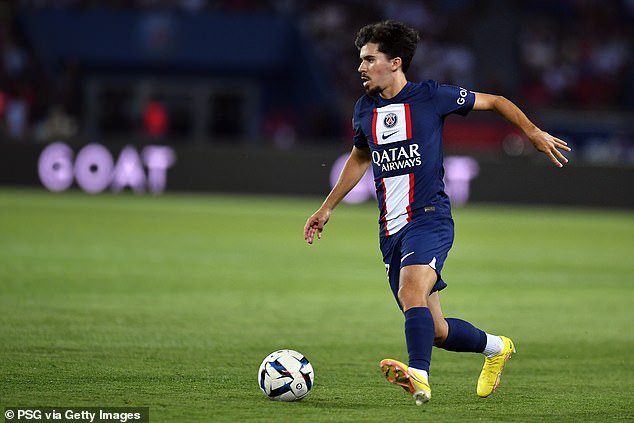 Vitinha passed the ball out to Lionel Messi instead of Mbappe, which led to him stop running

Other fans believe the youngster’s new mega-money deal has turned him into a monster and it is already showing.

One simply posted: ‘PSG turned Mbappe to a monster… with that contract he got… i’m sure the new coach will be having a hard time now… man has been acting above everyone in the club! once you don’t pass to him he stops running! his feeling too important now.. Bad signs.’

Kylian Mbappe and debutant Renato Sanches were also on target for PSG, who were set on their way following an own goal by Montpellier defender Falaye Sacko as the home side made it two wins from two at the start of their title defence.