Fast, calm, tall and tough, Wesley Fofana is just PHENOMENAL: £80m Chelsea target has not yet played 100 club games… but there’s no doubting his ability

By Tom Collomosse For The Daily Mail

To those who do not follow Leicester closely, it may seem strange that Chelsea are considering whether to pay a world-record fee for a man who has still to clock up 100 senior appearances at club level. Yet those who have seen Wesley Fofana play regularly understand perfectly.

Yesterday — for the first time this summer — the Foxes’ public stance appeared to soften slightly on Fofana. Boss Brendan Rodgers had been saying throughout August that the French defender is not for sale, but his remarks yesterday came with less conviction.

Chelsea have made two offers for Fofana, the second worth about £65million. Both have been rejected. Asked whether there had been a third bid for Fofana, Rodgers said: ‘Not that I am aware of. There were two bids but again nowhere near what the club would even think about. The point again to reiterate is we are not looking to sell Wesley, that’s the key point. 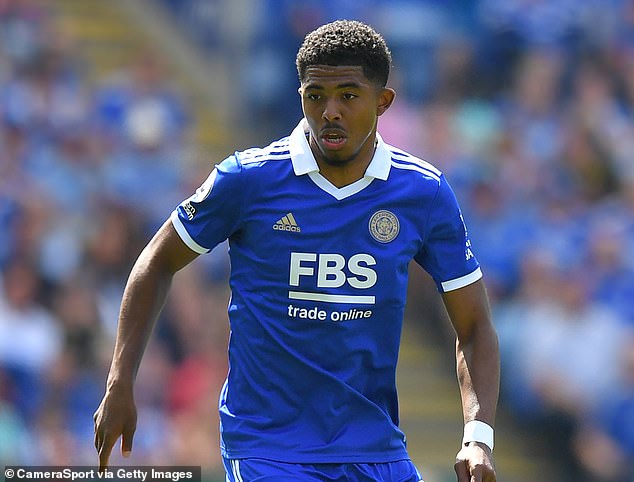 ‘He’s not a player we are actively looking to move on, but naturally if there is interest from other clubs then of course that is looked at by the club.

‘He’s a top young defender and there are not too many about at his age. He’s someone we’d love to keep here but we have to wait and see what develops.’

Though Leicester accept they cannot hang on indefinitely to Fofana — who signed a new five-year deal in March — they would like to keep him for another season. Yet if they receive an offer greater than the current world record for a defender — the £80m Manchester United paid them for Harry Maguire three years ago — it would test the club’s resolve.

When Fofana joined Leicester aged 19 in 2020, he had made only 26 senior appearances at club level and the £31.5m fee paid to Saint-Etienne raised eyebrows. Now, it looks like a very smart move. After a stellar debut campaign, Fofana missed the opening seven months of last season after breaking a leg and damaging ankle ligaments in a pre-season friendly against Villarreal. When he returned it was as though he had never been away, and Leicester looked more durable at the back. 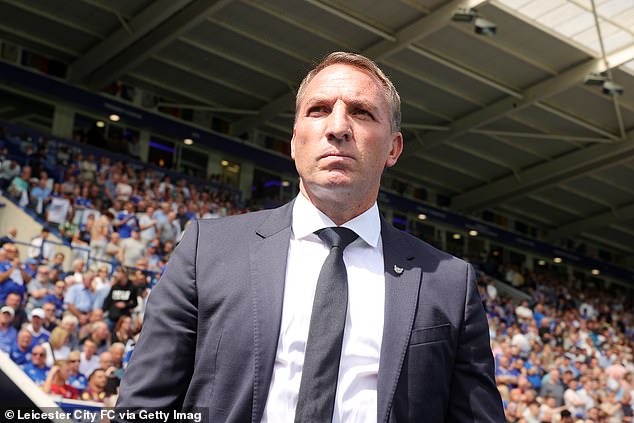 It is hard to spot a weakness in Fofana’s game. His height, 6ft 3in, means he is dominant in the air, and his touch is as assured as his timing in the tackle. He is not afraid to bring the ball from defence and even when he does switch off for a split second — an occasional flaw — he can usually rely on his pace to get him out of trouble. Despite a slim frame, Fofana is a tough customer who enjoys the physical battles with centre forwards.

‘He is a phenomenal talent who will go right to the top of the game,’ said Rodgers soon after Fofana’s comeback. ‘He has a brain for the game and when he is on the field, he has no respect for opponents.

‘In my experience working with world-class players, they have great human qualities but when they’re on the pitch, they’re super-aggressive and that’s exactly what he is.’

When Fofana sustained his injury, he had the option to return to France to complete part of his rehabilitation but chose instead to stay in Leicester, which impressed senior figures at the club. 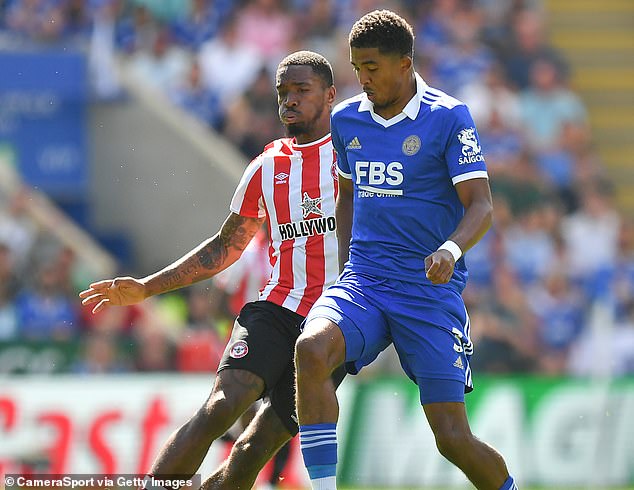 He has developed a close relationship with former Arsenal centre back Kolo Toure, who is now part of the coaching staff at Leicester. Rodgers has described Toure as a ‘big brother’ to Fofana, though he has so far resisted Toure’s calls to declare his allegiance to Ivory Coast, rather than France, the country of his birth.

Watching from his first-floor office at the club’s £95m training ground, Rodgers was astounded by the drive and dedication Fofana displayed during his recovery, even when he was months from a comeback.

During one of his early training sessions back with the team, there was no question of Fofana trying to ease his way in gently as crunched into tackles from the word go, with Ayoze Perez on the receiving end of a particularly hard challenge. Thrown in at the deep end against Rennes in March for his first appearance of the season, Fofana marshalled the back four superbly and headed the goal that secured Leicester’s place in the last eight of the Europa Conference League.

If he continues to progress at his current rate, Fofana will surely be in the thoughts of France coach Didier Deschamps as the world champions defend their trophy in Qatar this winter.

He is uncapped at senior level, but has played five times for France Under 21s.

Even when Leicester agreed the new contract with Fofana, they knew the bids would come. And whether Fofana departs this summer or next, they know they are assured of an enormous profit. 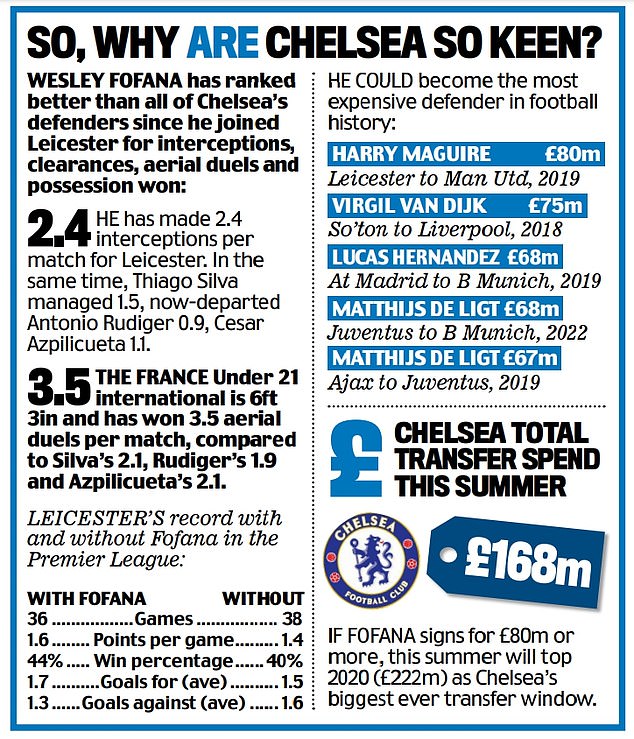 Jude Bellingham unsure on how to stop ‘dangerous’ Erling Haaland