‘This is INSANE!! I’m EMOTIONAL AF!! WOW’: Proud father LeBron James can’t hide his excitement as he watches his sons Bronny and Bryce on the same court together for the first time

LA Lakers star LeBron James has expressed his pride in seeing his two sons, Bronny and Bryce James playing alongside one another in a competitive basketball game for the first time.

Posting on twitter, James could help but share his excitement of seeing his sons together on the court: ‘Man I’m literally watching Bronny and Bryce on the court together for the first time in a game situation!! This is INSANE!! I’m EMOTIONAL AF!! WOW’

The pair turned out for the California Basketball Club, a team that also counts the sons of former NBA stars Scottie Pippen and Penny Hardaway among its squad. 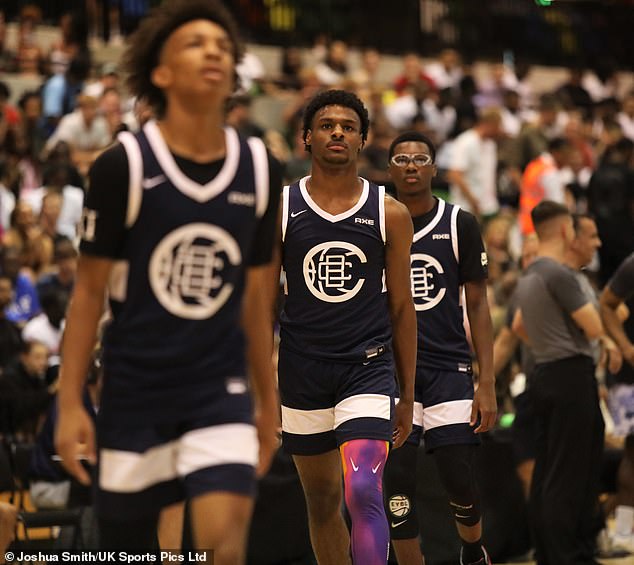 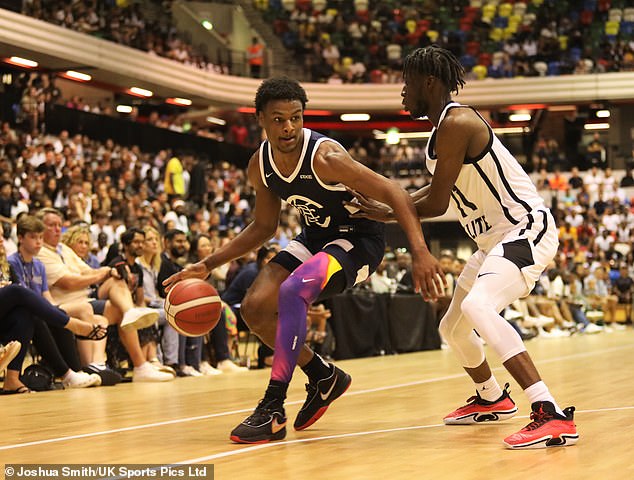 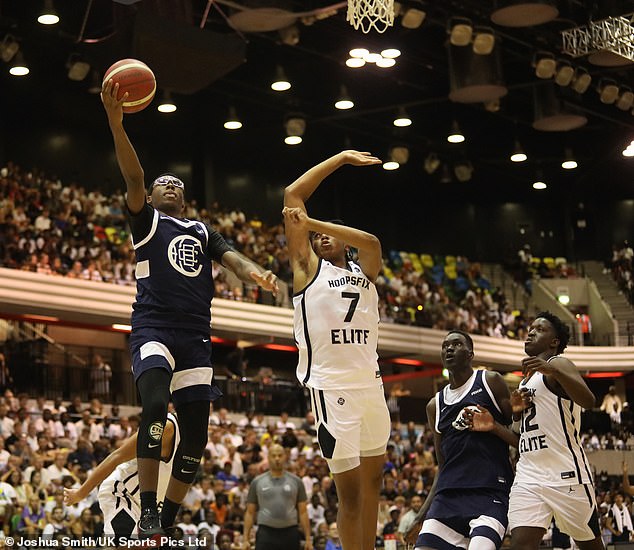 The California Basketball Club are currently embarking on a tour of Europe, playing teams from London, Paris, and Rome.

Facing off against the UK’s Hoopsfix Elite, the exhibition would draw a sold-out crowd at the Copper Box Arena in London. However, despite the interest surrounding seeing ‘King’ James’ sons playing together, the Elite would ultimately emerge victorious on home soil, seeing off a late surge from the CBC to secure a 81-74 win.

Bronny James would start the game as the CBC captain, picking up 11 points, six rebounds, and three assists. Meanwhile the younger James would be introduced from the bench, managing four points and a rebound during his time on the court.

LeBron has previously spoken about his desire to play alongside his children in the NBA, and with Bronny eligible for the NBA draft in 2024, it looks as though his wish may come true in the near future.

Responding to a fan question on social media earlier this year about his plans to play alongside his son in the NBA, the 37-year-old replied:  ‘That’s the plan! God willing’.