EXCLUSIVE: Jake Wightman has been a Teddington celebrity since he became 1500m world champion, his sights are now set on gold over 800m at the European Championships

By Cathal Dennehy For The Daily Mail

The glow of a gold medal can be measured in many ways. For Jake Wightman, one way to gauge it is with the number of well-wishers who approached him when he returned to Teddington after winning the world 1500m title.

‘Are you that lad who won the race?’ asked one elderly lady as she crossed the road. After Wightman confirmed he was, he was met with an excited: ‘Well done, you!’ A trip to the local coffee shop went much the same.

Before the World Championships, the owner did not really know who Wightman was. After it, ‘he made a big fuss’ and as they sat together outside, dozens of strangers offered congratulations. 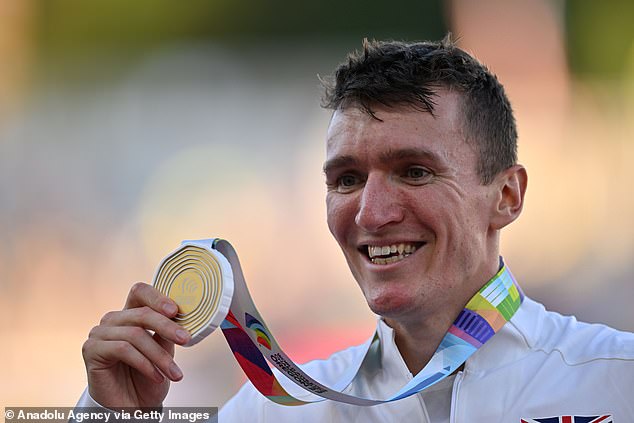 ‘It makes you realise it was a bigger deal,’ says Wightman. ‘As far as I know, athletics is a tiny sport that no one watches, but it transcended into a lot more.’

Wightman finds such interactions a little surreal but he knows it comes with the territory. He says: ‘I like speaking to people, so if people come up chatting I’d happily speak back. The part of it that could get annoying is if it disrupts your race routine.’

That was the case on Wednesday night in Monaco, where Wightman took victory over 1,000m in 2:13.88 after a warm-up beset by requests for autographs.

‘Kids were shouting at me to get me to sign stuff before the race. It’s not that big a deal but I want to try to enjoy as much of it as I can,’ he says. ‘You don’t get these periods often. I might never have it again.’

Life has been radically different since he outkicked Olympic champion Jakob Ingebrigtsen to win the world title in Oregon, with Ingebrigtsen saying he was disappointed to lose to an inferior athlete. What did Wightman make of that comment? 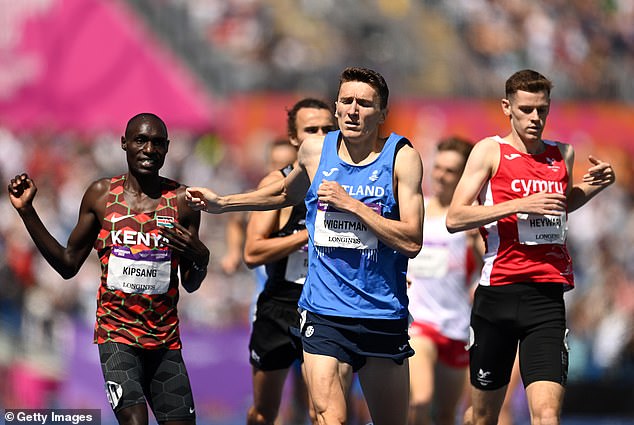 Wightman was brought back to earth in the Commonwealth 1500m final last weekend, where he could not fend off the late charge of Australia’s Ollie Hoare and Kenya’s Timothy Cheruiyot and had to settle for bronze. ‘It was disappointing initially but it could have gone so much worse so to get a medal, I was pleased,’ he says. ‘I didn’t have the same hunger to be at Commies as I thought I would, as it wasn’t worth in my head the same as a world title, but doing it for Scotland was the main thing.’

Two championships down, one to go, and at next week’s Europeans in Munich Wightman will drop down to 800m. 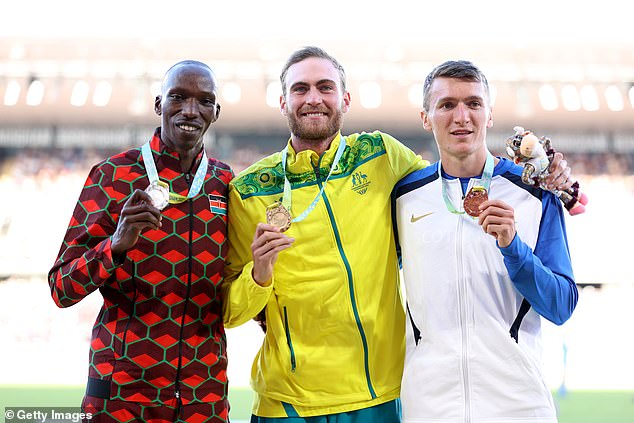 His breakthrough this year can be traced largely to his focus on endurance work in the winter. Since the age of 16, his father and coach, Geoff, has had him running at least one parkrun each year and Wightman is encouraging others to follow his lead. ‘It’s a great chance for runners of any ability,’ he says.

His mission next week is all about speed. Wightman might sit atop the 1500m tree globally, but at 800m he knows he is an underdog — albeit a dangerous one.

National Lottery players raise vital funding into sport in the UK, including over £3.6m to Parkrun. This weekend, the Lottery and Parkrun have joined forces to encourage people across the UK to take part in a local parkrun. Visit www.parkrun.org.uk

Matt Doherty ‘understands’ why Antonio Conte is leaving him out