The Eagles centre back has revealed he’s been targeted with severe online abuse following the draw at Anfield after Liverpool striker Darwin Nunez was sent off for head butting Andersen.

In a post on his Instagram story, the 26-year-old said: ‘Got maybe 3-400 of these messages last night. I understand you support a team but have some respect and stop act tough online.’

He then shared the messages of abuse he has received, in which he was branded a ‘f****** disgrace’, and a ‘cheating b******’, while others said they ‘hoped his plane crashed’ or that his family died.

In a final post, Andersen called on Instagram and the Premier League to ‘do something about this.’

And Sportsmail has learned Palace are ready to inform police with a view to prosecuting.

Selhurst Park officials will speak to the player to offer their support, and if he wishes to report it the club will do so through their police liaison officer and the Premier League who have a team set up to investigate such matters. 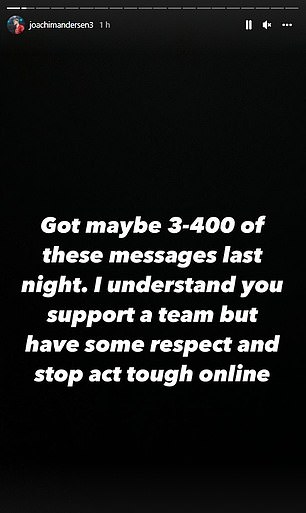 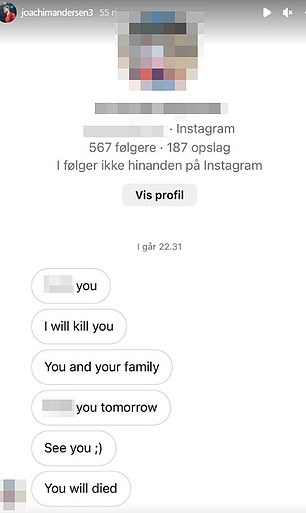 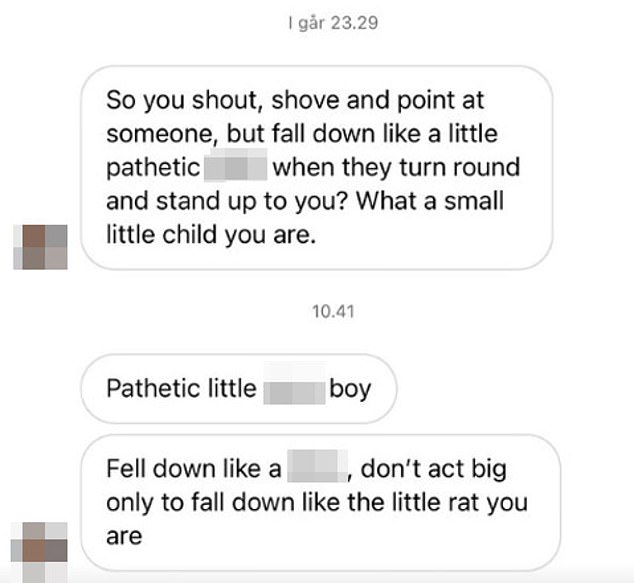 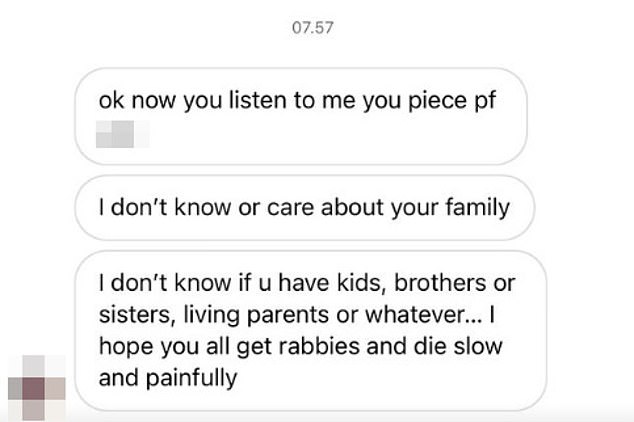 Sources close to Palace have indicated that the abuse is likely to be reported to the police.

The messages came after the defender had got under Nunez’s skin all evening on Monday night with tight marking and the occasional shove.

Nunez became visibly frustrated with the defender as the game progressed, eventually reacting with a headbutt in the 57th minute that saw him sent off.

‘The whole game I sat really close to him, I annoyed him a lot and did well against him, Anderson told Viaplay after the game.

‘I think that’s why he was a little bit angry with me. In that situation, he headbutted me, the first one, at a cross, and I told him he shouldn’t do that.

‘I was angry with him. Then he did it again which is, for me, really stupid. A clear red card.’

In reaction the red card, Virgil van Dijk said after the game: ‘He has to control himself, definitely. He has to manage himself, knowing that these things can happen, especially in the Premier League. 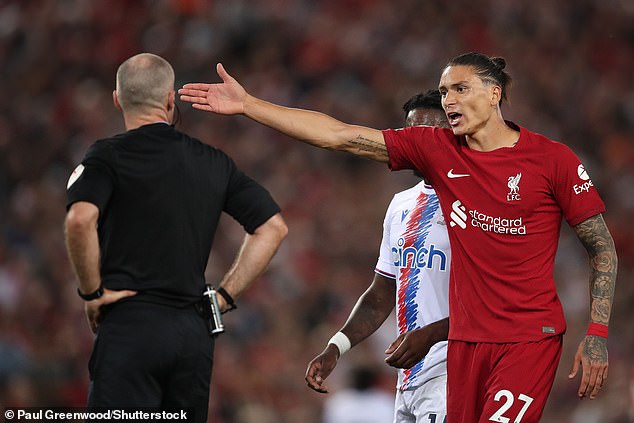 ‘He’s got the backing from us and he knows it should not happen again and hopefully it will be that way.

‘He was disappointed and also probably with himself. But it’s a learning curve and obviously we will always back him. Hopefully it will never happen again.’

Nunez will now serve a three match ban, which will cause real issues for Liverpool manager Jurgen Klopp as Roberto Firmino and Diogo Jota are both currently unavailable due to injury. 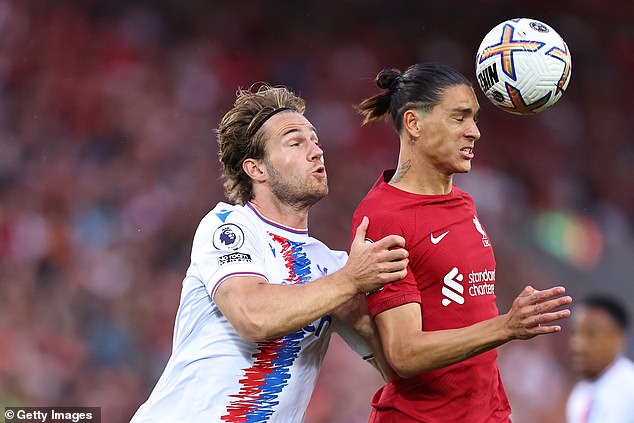 The Reds recovered from Nunez’s sending off to snatch a point against Palace thanks to a late winner from Luis Diaz, but it was a far from convincing performance.

Despite the shaky start, van Dijk felt Liverpool were in a good place. He said: ‘We’ve played two games, there’s still a long way to go so anything can happen.

‘That’s been shown over the last years so we’ll focus on ourselves,’ he said. 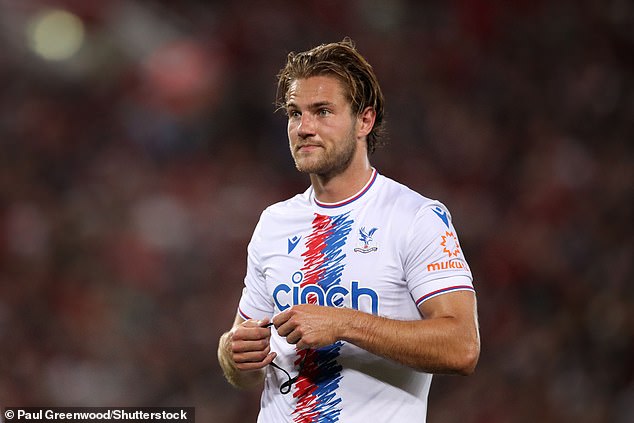 ‘We don’t read what the others from the outside say about us because nobody knows what’s really going on. We keep going.

‘It’s funny because when we won the Community Shield, everyone was saying good things and now we’ve drawn twice, people will write us off.’

Liverpool will be hoping to bounce back against bottom-of-the-league Manchester United on Monday.

As Idris Elba ‘walks away from James Bond’, FEMAIL reveals actors who have turned down movie roles