Liverpool keen to hang on to defender Sepp van der Berg amid interest from Championship clubs, as injuries to Joel Matip and Ibrahima Konate leave the Reds vulnerable at the back

By Simon Jones for The Mail on Sunday

Liverpool want to hold on to defender Sepp van den Berg until later in the transfer window despite a number of loan requests.

He has spent the last 18 months on loan with Preston North End, scoring once in 61 games.

Championship clubs Blackburn Rovers, Burnley, Sheffield United and Watford have all expressed an interest in the Dutch centre-back. 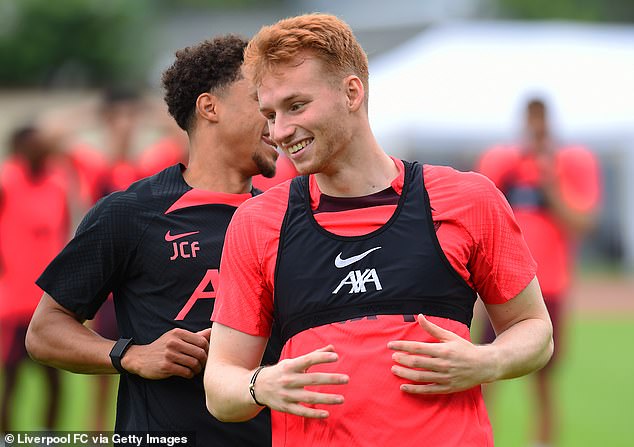 Liverpool are now in need of defensive cover, though, after Joel Matip suffered a groin injury, while Ibrahima Konate is nursing a knee injury.

There is a deepening injury crisis at Anfield, with the likes of Thiago and Diogo Jota also out injured.

It bears some similarities to the 2020/21 season, where Liverpool could only manage a third place finish in the league because of injuries to Virgil van Dijk and other key players. 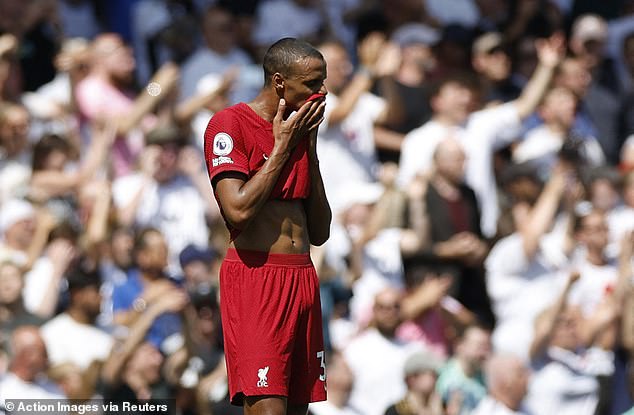 The Reds were disappointing in their opening game of the season, as they could only manage a 2-2 draw with Fulham.

They will be hoping to bounce back on Monday night when they play Crystal Palace at home.

Kourtney Kardashian embraces being a ‘tour wife’ to Travis Barker