‘How has Mkhitaryan failed at United?’: Fans blast Gary Neville and Jamie Carragher for branding the Armenian a flop despite starring in Europa League success – as pair claim just TWO of 33 signings since 2013 were a hit

Fans have taken to Twitter to voice their outrage after Jamie Carragher and Gary Neville‘s assessment of Manchester United‘s transfers since 2013.

Football fans have slammed several of the judgements made by Carragher and Neville, in particular at the ratings handed to midfielders Juan Mata and Marouane Fellaini and Armenian forward Henrikh Mkhitaryan.

The former defenders rated each of United’s major transfers to arrive at the club since 2013 as either red – a failure, amber – an average signing, and green – a successful transfer, in a segment on Sky Sports‘ Monday Night Football. 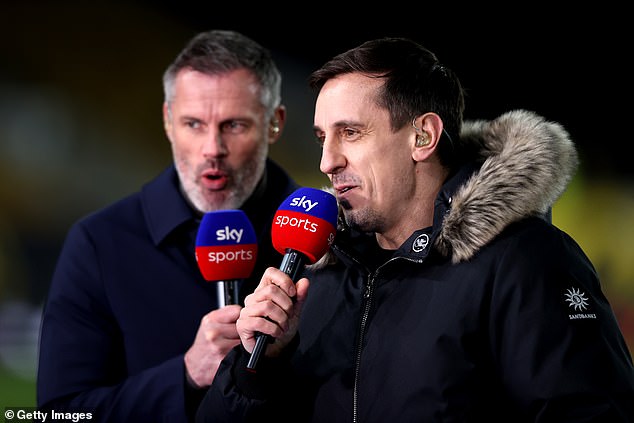 After revealing their combined conclusions, former United right-back Neville explained: ‘One of the problem’s that Manchester United have had for the last 10 years is that they’ve flip-flopped between different managers and different strategies and allowed these managers to influence the overall recruitment.

‘We think there’s only been two signings [Zlatan Ibrahimovic and Bruno Fernandes] at this moment in time that you could say have been good value and that have performed at a level.

‘Seventy five per cent of those signings are a “red”, they’ve not worked. Twenty per cent are an “amber”, and basically only four to five per cent we think of the club’s signings in the last 10 years have worked.’ 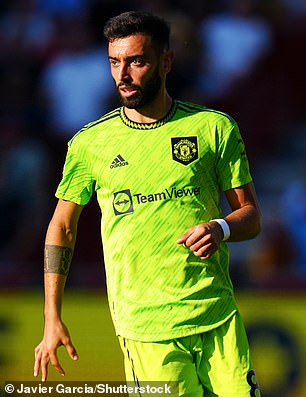 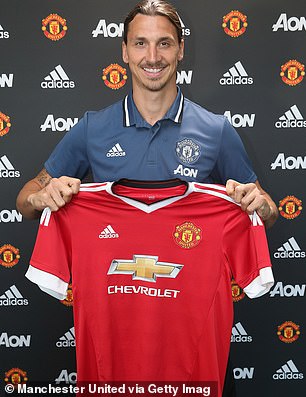 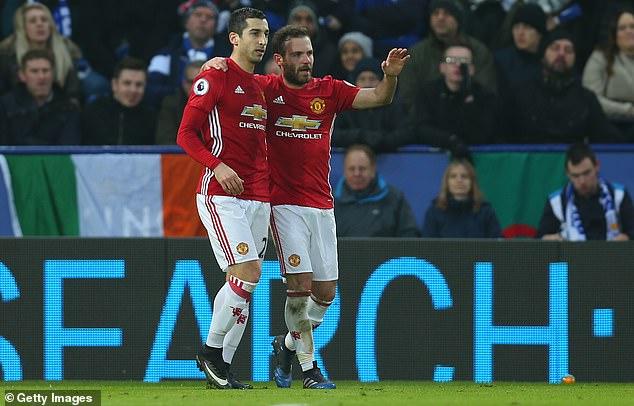 And fans have not reacted well to the verdict, with many claiming that the likes of Mata, Fellaini and Mkhitaryan have been hard done by. 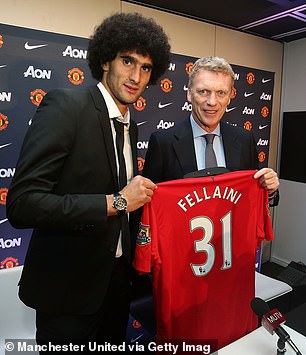 As a club, the Red Devils have won four trophies in the period since 2013, with both Fellaini and Mata playing in the side that won each of them and Mkhitaryan winning three during his stay at Old Trafford.

Supporters have leapt to these players’ defence on Twitter, with one saying: ‘Fellaini doesn’t deserve to be in the red at all. Green that man’

Another user wrote: ‘Even Mkhitaryan helped us won Europa. And Gary put him in a RED category. A very toxic.’

And a fourth user wrote: ‘How the f*** has Mkhitaryan failed at Manchester United??? Carried us to the UEL final and won it for us. Silliest decision to rid of him for Alexis Sanchez who didn’t put a foot right for the club.’

Fans acted with fury after Fellaini, Mata and Mkhitaryan were all judged as ‘failures’

And unsurprisingly much of the criticism of the list focused on comparisons to the perennially under-fire skipper Harry Maguire.

Maguire was also handed an ‘amber’ rating despite a string of poor performances, individual mistakes and an £80million price tag which made him the world’s most expensive defender – although he had no say in the fee he commanded.

This has left many fans comparing his performances to the three players handed ‘red’ status, with one outraged supporter writing: ‘Maguire in red but Mata, Fellaini, Mkhitarayan (sic), the players who contributed massively towards winning trophies are in red, embarrassing.’ 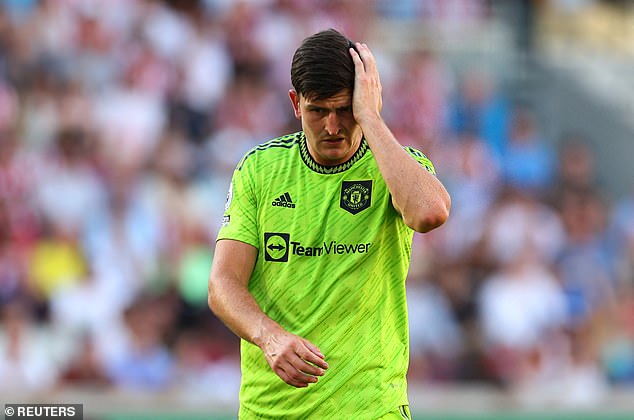 A second said: ‘Harry Maguire is amber but Juan Mata is red apparently.’

Another user drew direct comparisons of Fellaini and Maguire, adding: ‘I rate Fellaini over Maguire. At least he could chest ball.’

And a fourth Twitter user simply said: ‘To have Maguire amber and Mata RED… nah man, this is incredible.’

Fellaini joined United from Everton after David Moyes arrival for £29m in the summer of 2013, before Mata’s arrival for £40m from Chelsea the following January, as both players were part of the United sides to win the 2016 FA Cup and Community Shield, and the Europa League and League Cup the following year.

Mkhitaryan came to Old Trafford in July 2016, after a stunning season with Borussia Dortmund which saw him become one of Europe’s most effective forwards, and he played an important role in winning three trophies for United.

Between the three of them, they cost the club a combined £96m in transfer fees, and were sold for £37m, according to Transfermarkt, helping the club win four of the five trophies they have managed since Sir Alex Ferguson’s retirement.

WSL Team of the Week – Gameweek 1

Thomas Tuchel turned down the possibility to authorize Cristiano Ronaldo ‘after talking with Ralf Rangnick’.

Man City in talks with Borussia Dortmund for Manuel Akanji