The damning stats that shame Man United: Lazy players ran 14km less than Brentford in four-goal thrashing; it’s their worst run of away form since 1936 and Erik ten Hag has made the poorest start of any Reds boss in a CENTURY!

By Adam Shergold for MailOnline

They were four goals down by half-time in west London, with two early errors by goalkeeper David de Gea setting the tone for a shambolic performance.

Major problems lie throughout United’s side and also in their collective mentality, as Sportsmail reveals some of the damning statistics from the Brentford defeat. 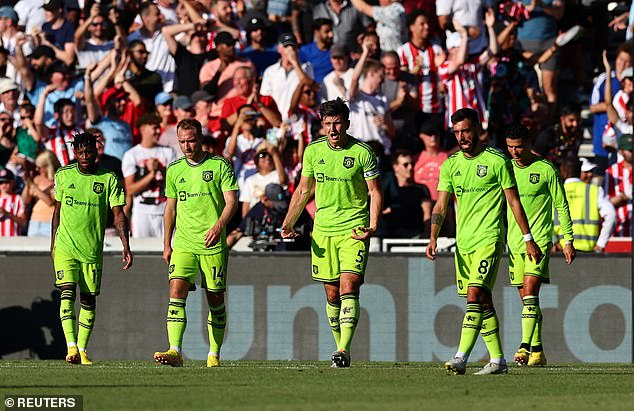 An unwillingness to put in a shift

United’s players covered 95.6km during the 90 minutes compared to 109.4km covered by Brentford.

To say that the Bees wanted it more is something of an understatement when put in such stark terms.

Ten Hag’s entire game plan revolves around hard running and intense pressing but there were absolutely no signs of that on Saturday night.

It speaks of a laziness in the United ranks and a lack of commitment to the cause that, truthfully, has lingered for far too long now. 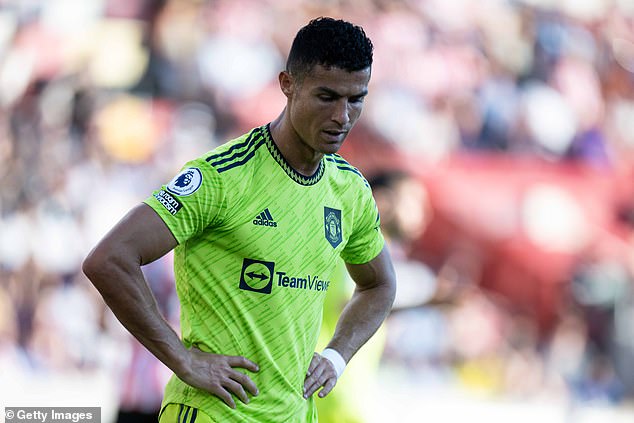 Related to that are the sprint stats. Brentford’s players made 90 bursts for the ball, United just 65.

And when it comes to applying pressure in the opponent’s defensive third, there are no signs yet of United’s players adopting Ten Hag’s pressing game.

By contrast, Brentford did so 21 times during the 90 minutes.

We all suspected that Ronaldo wouldn’t buy into a hard press style, just as under interim boss Ralf Rangnick last season, and here is early evidence. Maybe it is time to get rid. 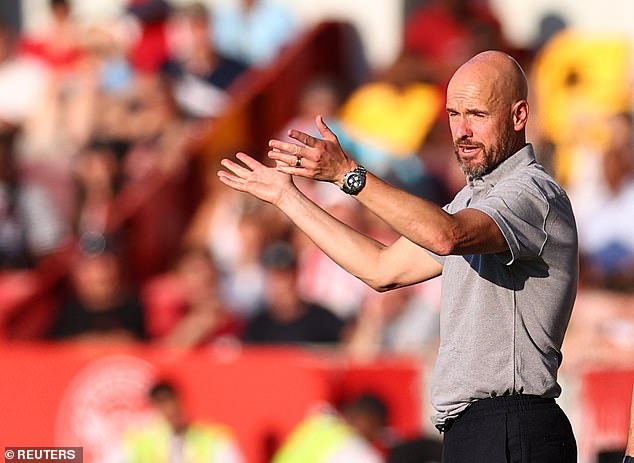 Propping up the table

Having lost their two opening games – 2-1 at home to Brighton and 4-0 at Brentford – United sit bottom of the Premier League table for the first time in 30 years.

Back in August 1992, Alex Ferguson’s team lost 2-1 at Sheffield United on the opening weekend and were then beaten 3-0 at home by Everton in the following midweek.

That left them in 22nd position – the Premier League was larger in those days – and now the Reds prop up the table once again.

Back in 1992-93, United recovered from that shaky start to win the league. Somehow, you can’t see history repeating itself.

If we combine these two early season defeats with United’s losses to Brighton (0-4) and Crystal Palace (0-1) in their last two games of 2021-22, they have lost four consecutive league games for the first time since February 1979.

United’s away form is currently dreadful. They have now lost seven consecutive away league games if you combine Brentford with late season losses on the road to Man City, Everton, Liverpool, Arsenal, Brighton and Palace earlier this year.

The last time they had such travel sickness was way back in 1936, when they lost 10 on the spin between September and December – and went on to be relegated.

Incidentally, it was Brentford’s biggest margin of victory in the top division since they thrashed Grimsby Town 6-1 in April 1938. 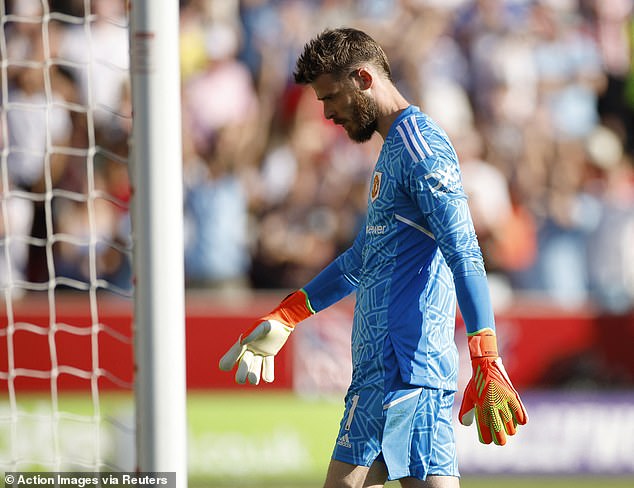 An unwanted record for Ten Hag

The Dutchman has become the first United manager to lose each of his first two games in charge since John Chapman back in November 1921. United were relegated in that season as well.

Rather ominously, present day United have to face Liverpool next.

Blown away in 35 minutes

Brentford raced into a four-goal lead inside 35 minutes and became only the third side to score four past United in the first-half of a Premier League match.

The others were Tottenham in their 6-1 win at Old Trafford in October 2020 and Liverpool when they won 5-0 on the same ground last October.

It certainly suggests a brittle confidence in United ranks which makes them capitulate after conceding. 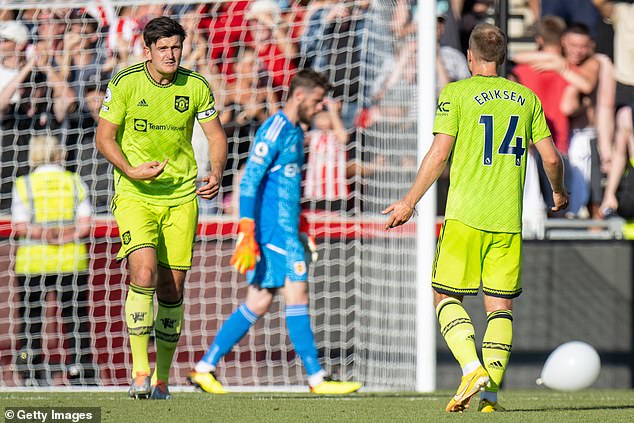