Don’t panic! Manchester United boss Erik ten Hag claims everyone is remaining calm at the club despite dismal start to the season with home defeat by Brighton amid a wretched transfer window

By Chris Wheeler for the Daily Mail

Erik Ten Hag says there is no panic at Manchester United over their poor start to the season and criticism of the club’s transfer policy.

The Dutchman’s side travel to Brentford on Saturday in the 5.30pm kick-off desperate for a victory after a shock 2-1 opening-day defeat by Brighton and Hove Albion at Old Trafford last weekend.

United were also forced to ditch their bid to sign veteran former Stoke and West Ham striker Marko Arnautovic, 33, following a backlash from supporters — and have faced questions over their pursuit of the troublesome Juventus midfielder Adrien Rabiot. 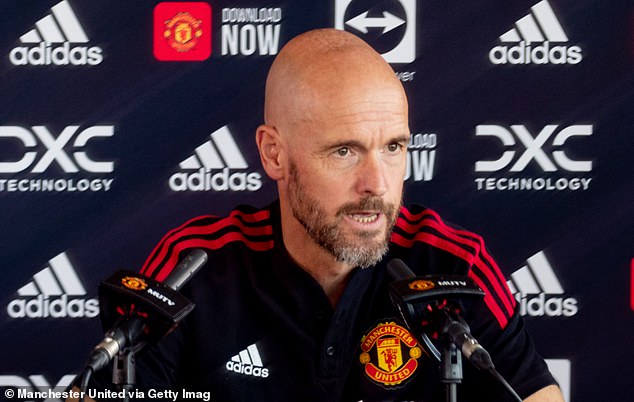 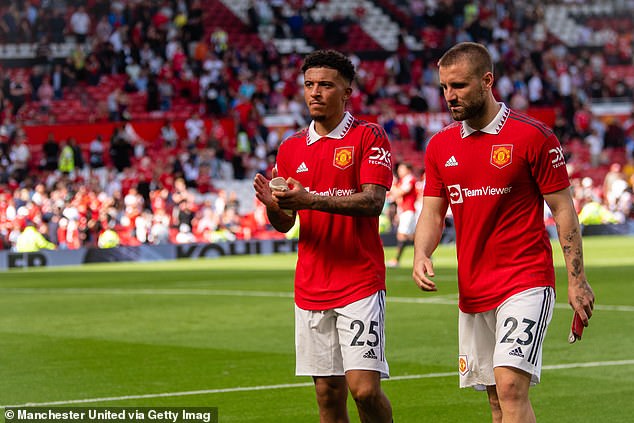 Former United favourite and MUTV pundit Lou Macari echoed those concerns on Friday by telling the club’s in-house television station that he has never heard of Rabiot, adding: ‘I’ve got a bad feeling about the guy.’

However, Ten Hag insists no one at United is panicking at the end of a difficult week.

‘When Manchester United are not performing, not winning, that’s normal,’ said the United boss. 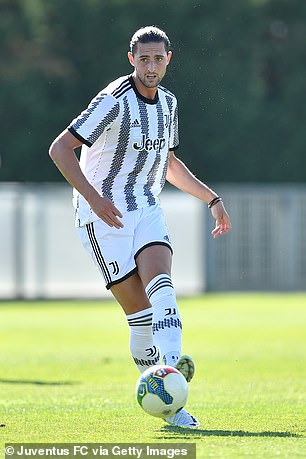 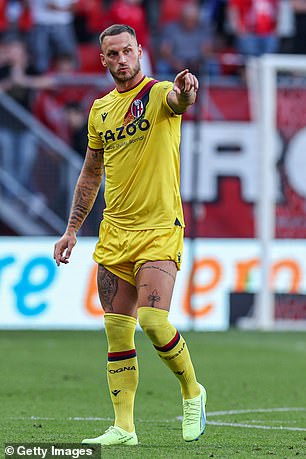 The Old Trafford club have been criticised over their pursuit of Juventus’s Adrien Rabiot (left) and Marko Arnautiovic during this transfer window, as they look to bolster their squad

‘I would be more in panic if there wasn’t panic — because we have to win. That is the demand.

‘Still, I would say panic isn’t the right word. It’s more like, “Come on, we have to act”. We have to think bright and do the right things.’

Ten Hag also expects Marcus Rashford to remain at United despite interest from Paris Saint-Germain, saying: ‘I’m really happy with him, I don’t want to lose him.’