By Kieran Gill for the Daily Mail

While Jordan Pickford continues to pick the ball out of his net for Everton, Nick Pope is picking up clean sheets for Newcastle.

He is two for two in the Premier League with his new club after Saturday’s stellar performance in which the away support sang ‘England’s No 1’ whenever he thwarted Brighton‘s attempts at scoring.

Come November 21, when England face Iran in their 2022 World Cup opener, one of Pope or Pickford will be in goal. 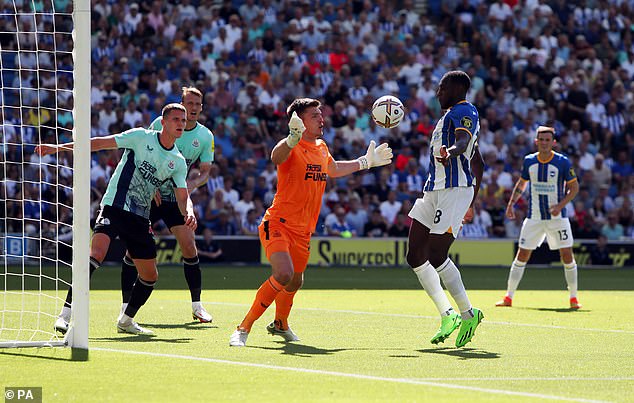 They are ahead of Aaron Ramsdale and Dean Henderson in the pecking order, though a healthy debate over who Gareth Southgate should start is brewing. Pickford looks like he is in for a long season at Everton but, at Newcastle, Pope has the platform to show why he deserves to be the on starting for England in Qatar this winter.

‘Nick, for me, is a first-class goalkeeper,’ said Newcastle boss Eddie Howe after Saturday’s draw at Brighton.

When called upon, Pope did not do anything wrong and his best save was from an Adam Lallana header.

On Pope’s World Cup charge, Howe added: ‘I encourage all my players to dream big and to really go for it. 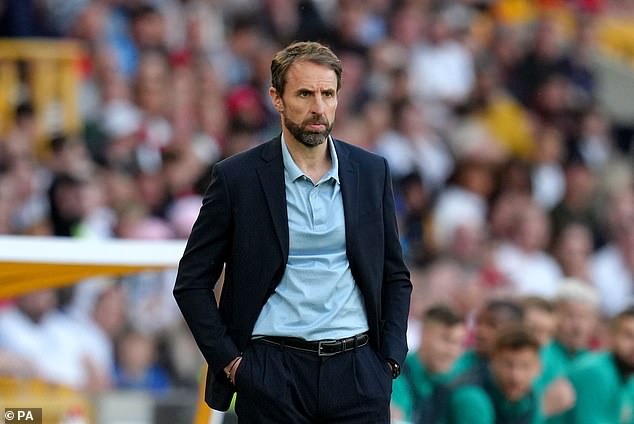 ‘Gareth knows Nick inside out and he’s performed well in the past for England, so all he can do is continue to impress.’

Brighton left the Amex Stadium wondering how they did not score and the simple answer is that former Burnley keeper Pope refused to let them.

More man-of-the-match performances like this and Pickford will find it very difficult to hold on to that starting spot.

AHEAD OF THE GAME: Premier League wants the EFL to adopt top-flight financial rules