Hollywood star Rob McElhenney donates £10,000 to Wrexham-supporting family of four-year-old girl battling a rare brain tumour… as he continues to win over the hearts of the football world with Ryan Reynolds

By Lewis Browning For Mailonline

Wrexham co-owner Rob McElhenney has donated £10,000 to help the family of a four-year-old girl who has been diagnosed with a rare brain tumour.

The 45-year-old actor took over Wrexham in November 2020 alongside fellow Hollywood star Ryan Reynolds, and has fully embraced English football as the duo aim to help the Welsh side climb the football pyramid.

Now, he has won the hearts of many by donating the enormous sum to the family, who are trying to raise a total of £60,000 after Aria Hodgkiss was diagnosed with Diffuse Intrinsic Pontine Glioma – a terminal and aggressive brain tumour.

The family are hoping to raise the money so that Aria – whose family received the devastating news of her diagnosis on her third birthday in May last year and who later had radiotherapy – can be treated with ONC201, a new cancer drug.

According to Aria’s GoFundMe page, ‘early results in brain cancer clinical trials suggest that this drug can kill cancer cells but not normal cells and may be effective in patients with a specific genetic mutation in their tumour.’

The family also aim to help raise awareness of the rare illness which has left Aria unable to use the left side of her body. On Twitter, journalist Thomas Feaheny shared the donation, which can be seen at the top of the GoFundMe page.

The move naturally gained a more-than-positive reaction, as the star continues to build his rapport with the English football community, with the family having now received 1400 donations and therefore just £8,000 shy of their target. 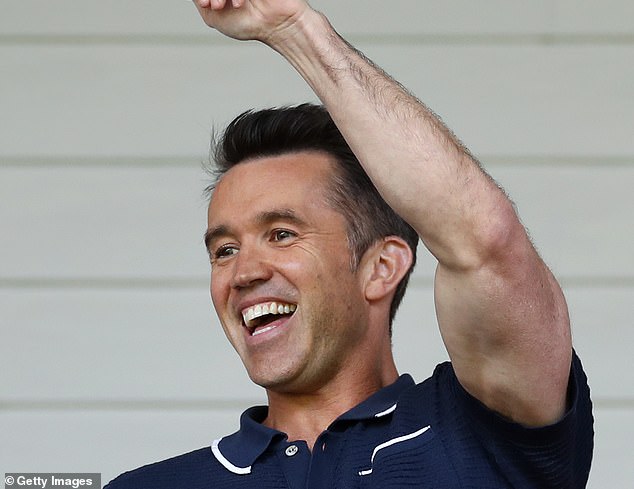 Rob McElhenney has donated £10,000 to help the child of a Wrexham supporting family 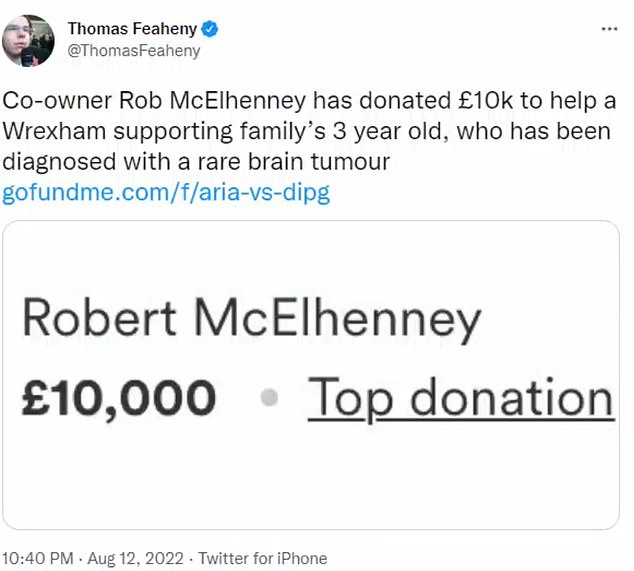 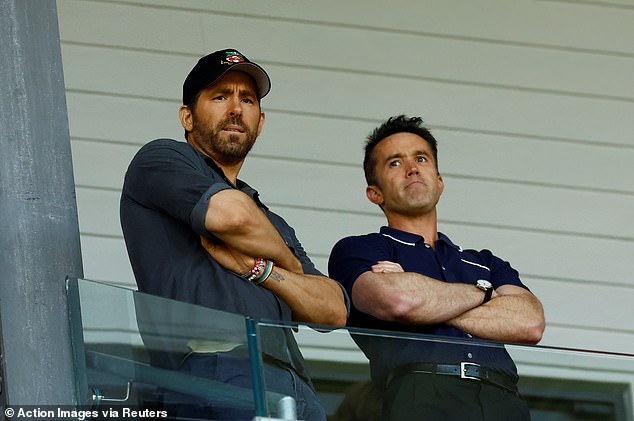 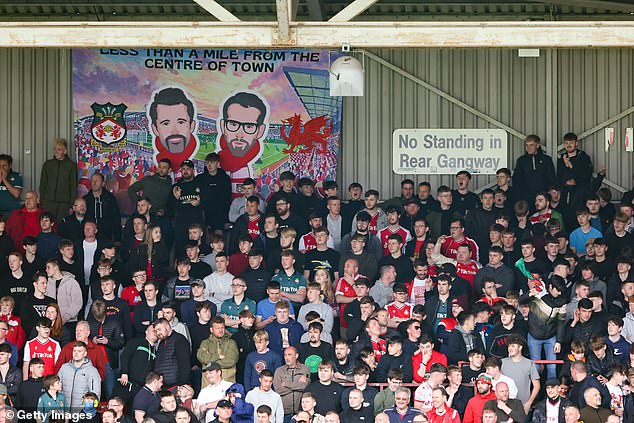 The donation is not the first made by McElhenney, who gave £6,000 to a disabled Wrexham fan two years ago, even before his and Reynolds’s takeover of the club had even been completed.

The Hollywood pair also donated £10,000 to the Stillbirth & Neonatal Death Society after the still birth of the baby of Wrexham player Jordan Davies and partner Kelsey Edwards.

McElhenney and Reynolds formed a business partnership before taking Wrexham over two years ago. 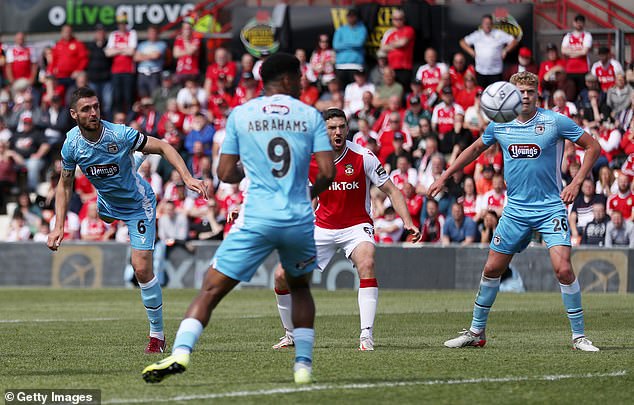 The Dragons came close to getting promoted last season, but lost in the play-offs to Grimsby

It was a deal originally greeted with controversy, but over time more fans have embraced the idea of Hollywood A-Listers owning a non-league football club.

Wrexham are currently in their 15th consecutive season in the National League, with the duo’s first aim to finally get the oldest team in Wales back to the Football League.

Plenty of money has been injected into the club, and Phil Parkinson’s side got their season off to a winning start last week, beating Eastleigh 2-1 on the opening day of the National League season.