Lecce 1-2 Inter Milan: Romelu Lukaku scores just TWO MINUTES into his Serie A return before the in-demand Denzel Dumfries grabs an injury-time winner to give the title hopefuls three points

Denzel Dumfries scored a last-gasp winner to give Inter a 2-1 win at Lecce in their first Serie A game of the season on Saturday.

The ball bounced off Dumfries’s chest into the net in the fifth minute of added time after striker Lautaro Martinez had collected a Nicolo Barella corner.

Romelu Lukaku started his second stint at Inter with a bang by scoring a brilliant header two minutes into the match.

The Belgian striker, who was instrumental in Inter’s title-winning 2020-21 campaign, returned to the club on a season-long loan from Chelsea less than a year after becoming the Premier League club’s record signing. 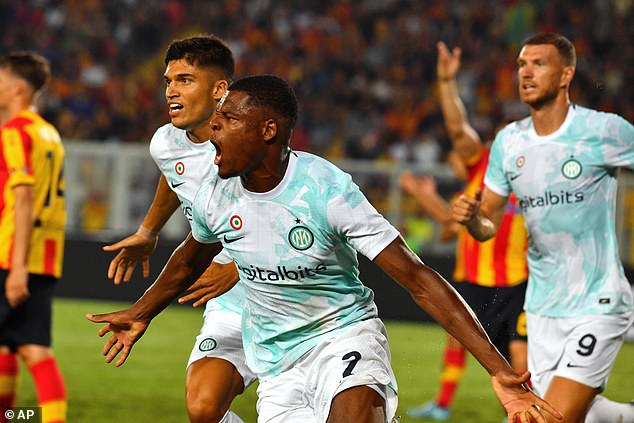 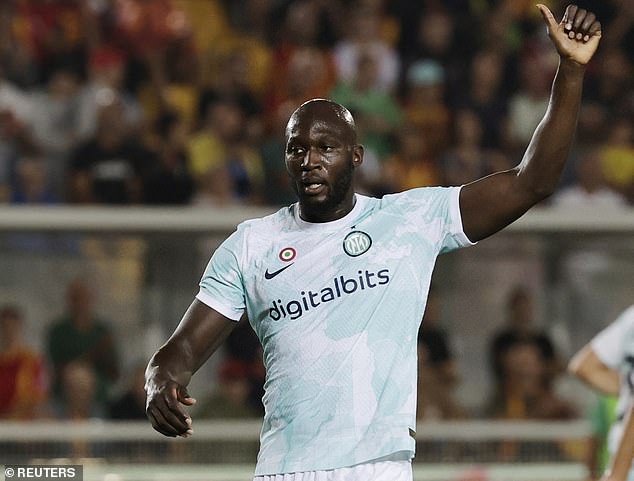 Lukaku smashed the ball into the net after Matteo Darmian deflected a superb cross from defender Federico Dimarco.

Forward Assan Ceesay, however, made a fool out of Inter’s defence by skilfully scoring an equaliser for Lecce in the 48th minute from a tight angle.

While Inter dominated possession, they spurned a host of chances throughout the game. 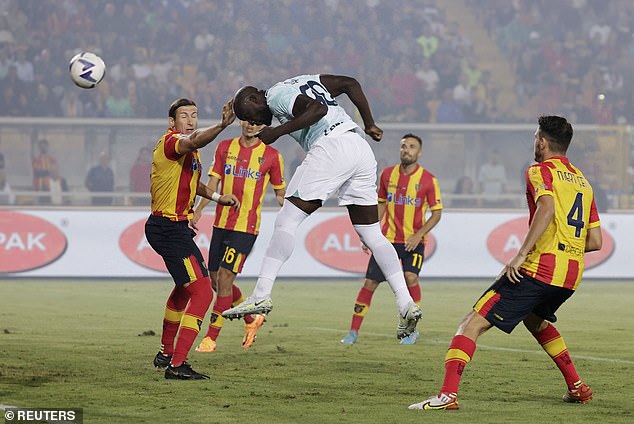 Midfielder Barella tried to find Lukaku in the middle of the box with a long-range pass in the 36th minute but Lecce midfielder Alexis Blin rushed out to stop him.

Barella had previously tried to reach striker Lautaro Martinez with another long pass in the eighth minute which was intercepted by Lecce goalkeeper Wladimiro Falcone.

Lautaro, the club’s top scorer last season, had the chance to head home a clean cross from Alessandro Bastoni in the 70th minute but the header went just wide of the left post, to the Argentina international’s disappointment.

Inter host Spezia next Saturday while Lecce travel to Sassuolo on the same day.

How the Apple Watch saved a woman’s life in Maine